Tips and tactics for playing The Hero in Super Smash Bros. Ultimate 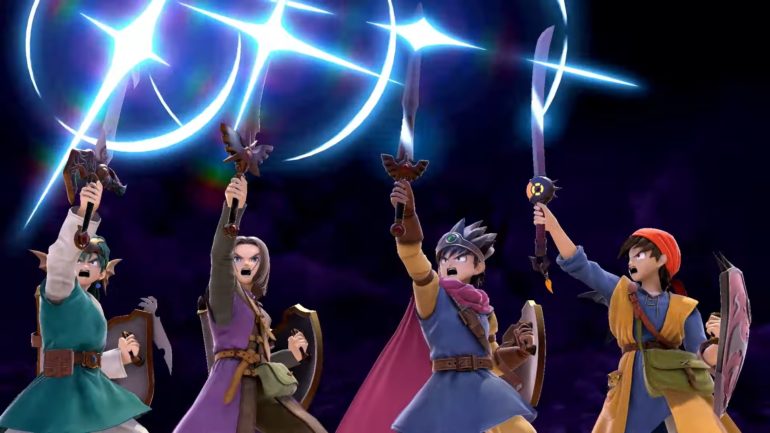 The Hero from the legendary Dragon Quest franchise is the most recent DLC fighter to join the Super Smash Bros. Ultimate roster. This collection of warriors was added along with the 4.0 roster update, music from across the Dragon Quest series, and a stage themed off of Yggdrasil from Dragon Quest XI.

No matter if you choose to play as the protagonist from Dragon Quest III, IV, VIII, or the most recent Dragon Quest XI, The Hero is a unique take on a Smash sword character.

He has average speed and his neutral attacks all seem to have a decent range, but where he really stands out is just the sheer amount of coverage available through his special moves. With access to nearly two dozen abilities using his Down B and variants on magic attacks, The Hero is a fighter than can nearly any situation.

Because he is such a new character with so many options available to use, here are some tips and insight into how to play the character.

This should be your main area of focus when playing as The Hero. Unless you played a lot of Robin prior to picking up this character, you might be tempted to play the neutral game more than abuse your specials, but here is how to use each ability.

Not unlike other characters in the game, The Hero’s Neutral B is a chargeable projectile that has the potential to deal massive damage if it hits. The difference here being that it feels like a better zoning tool than some others.

Just tapping it once will shoot a Frizz, which is a faster, less damaging attack that still has some knockback if it lands. Frizzle does a nice bit of damage and can probably set up into some follow-up combos depending on what percentage your opponent is at.

The really nice thing is the ability to freely cancel a charge at any time by shielding and still keeping the charge. That allows for an easy way to get up to the full charge without leaving you open for long periods of time, kind of like Cloud’s Limit charge.

With how the max charge Kafrizz does 31 percent, it is well worth your time to master the ability.

Recovery time! The Woosh family of spells that activate with The Hero’s Up B provides a wider variety of ways for him to get back on the stage than most characters in the game.

Whoosh is the basic, single tap version that acts as a way to get a second burst of movement off stage. Once you charge it to become Swoosh is when the movement becomes useful on stage too, creating a burst of wind that allows for both vertical and some horizontal movement.

Kaswoosh is a great way to avoid getting ledge guarded because you can go extremely deep off stage and still get back without using too much MP. Just make sure you have enough points on hand to use it though because otherwise, you will just lose a stock.

Another great zoning tool, even the base Zap attack is great for keeping opponents in check. Good for stopping rush downs or simply poking at shields, most of your usage will come from Zap and Zapple.

Kazap isn’t bad, but it costs a lot MP for a move that, right now, seems like a very situational ability to use in combos or if you want to call out an opponent for doing something repeatedly.

Overall a great utility that should lead to some awesome combos and easy conversions.

When you use Down B, a menu showing a random selection of four abilities will appear over the character’s image on the lower third of the screen. Those four are pulled from a list of 21 moves, all with unique effects that have the potential to completely swing a battle.

The full list of moves will give you a better sense of how good this could make the character on the professional level, but right off the bat, it provides coverage for a lot of matchups. The chances are still random, but there are quick ways to shuffle through the menus – such as shield canceling.

Bounce essentially attaches a reflection badge to The Hero, bouncing back any projectile attack that comes his way. It appears likely this will be in constant use and almost nullify the main movesets for characters like Megaman and the Belmonts, who rely a lot on projectiles.

There are also different boosts from abilities like Psyche Up, which heals damage, or you can negate damage altogether with Kaclang. All of these statuses can be useful in pretty much any situation when used correctly.

Down B gives Hero more projectile options too, like Kaboom, which has a lot of kill potential and Snooze, which instantly puts an opponent to sleep if it connects. Combined with the variety of slash moves, like Kacrackle Slash that can freeze an opponent, there are moves for pretty much any matchup.

And that doesn’t even touch Whack and Thwack, which are two potential one-hit-kill moves.

Like with Cloud’s Limit Gauge, Hero’s MP Gauge has multiple ways to fill up once it has been depleted. And since most of the moves require MP to function, this is important to remember.

MP will be recovered without doing anything at a rate of one MP per second. That can be sped up by using normal attacks, which gives MP relative to the damage dealt to the opponent.

The maximum amount of MP Hero can have at any time is 100 so there is no point in conserving it during heated moments unless you gave specific plans in mind.

Keeping track of this number will become a key factor in matches with other high-leveled players, so make sure you know the cost of important abilities.

Here are some general tips for playing Hero and what to look out for when working on matchups.

Even with his pool of resources, Hero doesn’t look like he will be a strong offstage character. Similar to how Mario plays, it is best to focus on poking with a down air attack using an Up B variant to try and gimp an opponent or force a riskier option out.

Work on keeping stage control if you can. This character has so many options to throw out, so keeping your opponent guessing and on the defensive while you have an advantage is key to a lot of matchups.

Don’t rely too heavily on Down B. Those options in the command menu are great, but as you are learning the character you might slip up and hit something you didn’t want to use. Making mistakes is part of growing, but there are other options that are more reliable too.