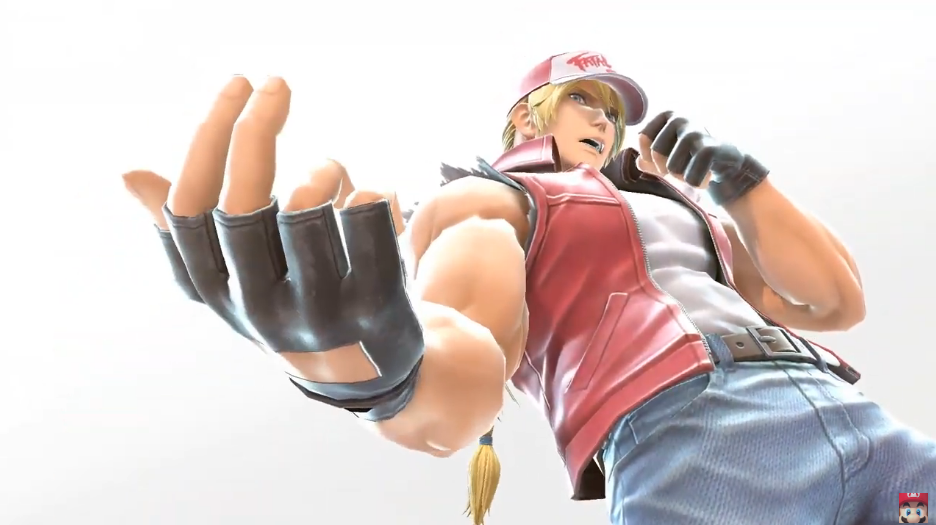 The recent Super Smash Bros. Ultimate leaks were right, as Challenger Pack 4 is bringing Terry Bogard from Fatal Fury to Ultimate this November.

As part of the Fighters Pass DLC, Terry Bogard will join the battle alongside a stage and a host of music tracks from both Final Fight and Fatal Fury series.

Fans have speculated for months about who the eventual fourth fighter could be, and after all of the leaks and rumors, we now have confirmation. With the addition of SNKs mascot, speculation threads will now turn their attention toward Challenger Pack 5 and the newly announced extra character slots that are now in development.

Terry will likely be released toward the middle of November so Challenger Pack 5 can be announced before the holidays. That will leave Nintendo a few months to lay out that characters release date and start announcing the next wave of DLC fighters.

The Fighters Pass has kept Smash Bros. at the front of Nintendo’s plans and has been a successful way to remarket the game with each character release. So a second season of the Fighters Pass makes a lot of sense, especially with how hype it gets fans.

Players can purchase the full Fighters Pass DLC bundle and get all five Challenger Packs as they become available for $24.99 or they can buy the Terry Bogard DLC individually for $5.99 from the Nintendo Switch eShop.