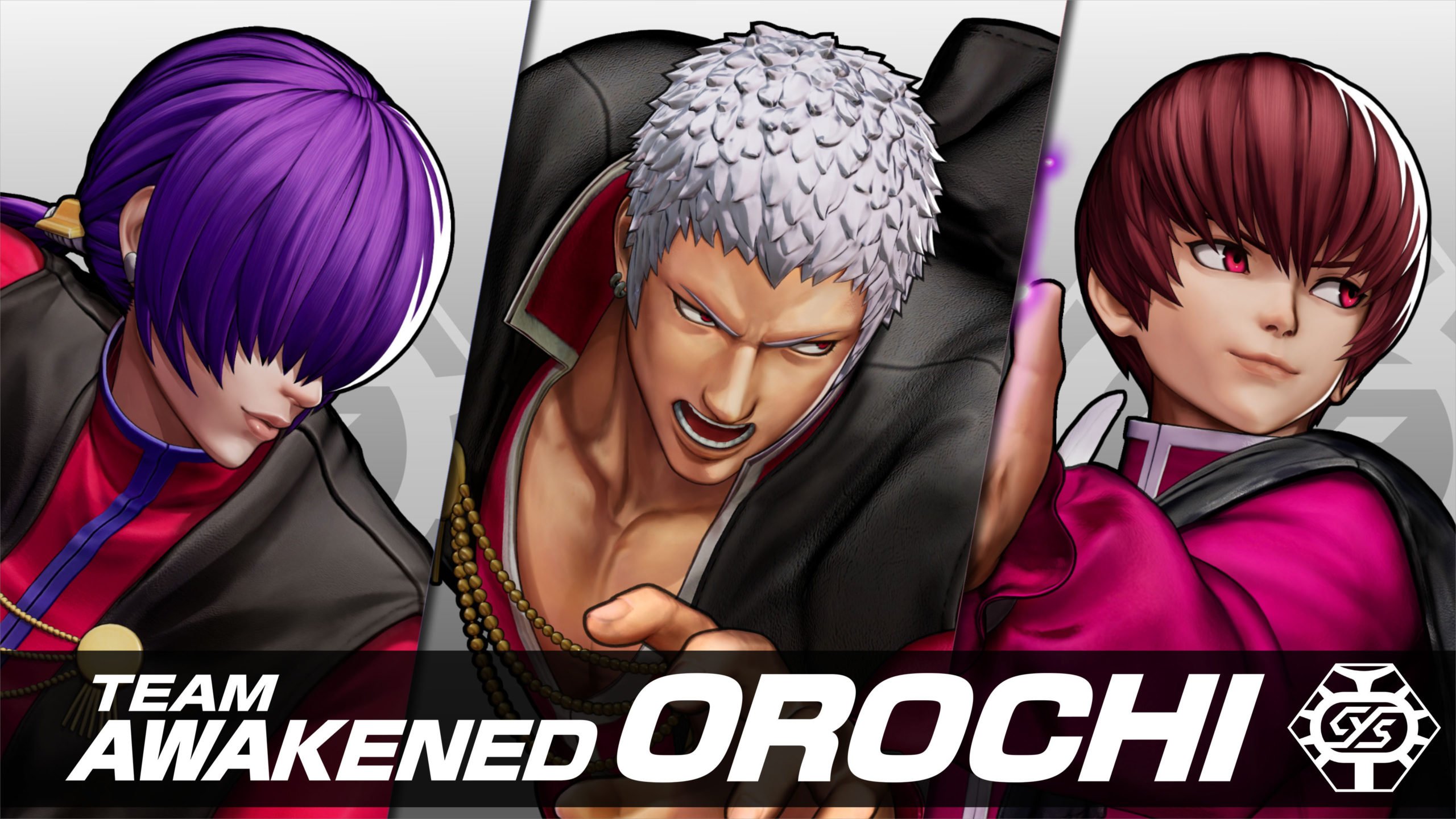 Releasing this August, SNK is bringing Team Awakened Orochi to KOF XV, which means altered versions of Yashiro, Shermie, and Chris are going to be added to the roster.

No footage of the new DLC team was shown, but some art for each character was shown off. More information about each fighter, including how they will differentiate from the versions of the Team Orochi that were reunited for the first time in almost 20 years on the game’s base roster earlier this year. This might even play into some new boss-like battles being added against the Awakened Orochi roster too, though we likely won’t know until next month at the earliest.

With this announcement, SNK has now confirmed the third set of DLC for KOF XV, meaning only one more team of three fighters will be revealed—following Team Garou, Team South Town, and Team Awakened Orochi. The fourth team will be released this Fall, likely in November.

Along with the new DLC team for KOG XV, SNK also shadow-dropped King of Fighters ’98: Ultimate MatchFinal Edition on PS4. This is the “final” version of the classic fighting game with new characters, balance adjustments, modes, and rollback netcode for improved online performance. It ties in nicely to the other reveal too, as Team Awakened Orochi is also featured in KOF ‘98.