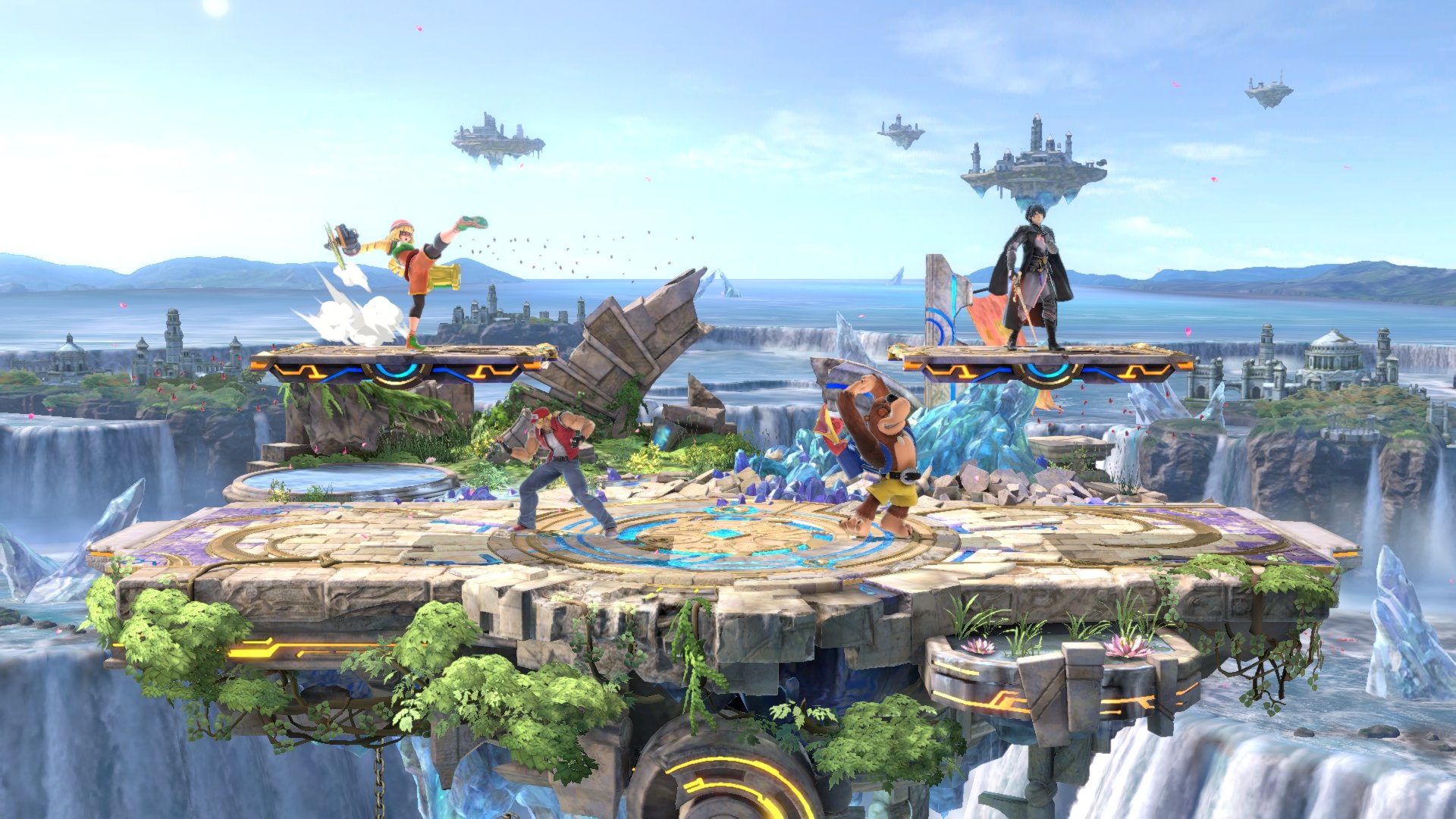 Players can now download a new update for Super Smash Bros. Ultimate that provides a few updates to stage selection options, including a new stage and some small online improvements for matchmaking.

It seems like series creator Masahiro Sakurai spent his birthday (Aug. 3) finalizing Version 8.1.0 for players and improving the performance for everyone who is playing Smash online. The new stage is called Small Battlefield, which as the name suggests, is just a smaller version of the Battlefield stage that looks like it has similarities to Pokémon Stadium 2.

“It’s sudden, but we’ve added a new stage to Ultimate – ‘Small Battlefield’,” Sakurai said via translations from Twitter user BoltGSR. “For 1v1s, which are popular in the competitive scene, Battlefield is a bit too large, and Final Destination is a bit too empty, so we designed this to have just two platforms.”

Along with the new stage, players can now select any song in the game’s massive catalog to play when battling on Battlefield, Small Battlefield, Big Battlefield, and Final Destination (the Smash specific stages.)

“It’s not another option to change stages into; it’s a standalone stage,” Sakurai said. “However, we’ve made it so you can select any song from any series to play on it! Feel free to pick your favorite tune from the near-1000 songs available from all sorts of game series.”

The biggest part of this new update is the improvements to Ultimate’s online matchmaking, which makes the game much harder to play competitively during the COVID-19 pandemic. Though the only thing the patch notes say is that the “online user experience has been adjusted.”

This could mean pretty much anything, but according to another tweet from Sakurai, it appears the one-on-one online play might have been the focus.

“By the way, connectivity when playing 1v1 online may be slightly improved with this update,” Sakurai said. “Please give it a try!”

According to the patch notes, the threshold for entry Elite Smash has been lowered for more players to enter it. The calculation method used for initial Global Smash Power values has also been adjusted. Several smaller issues have also been fixed to improve gameplay.

Nintendo has also confirmed that further investigations and adjustments to Online mode are expected to be done in the near future.