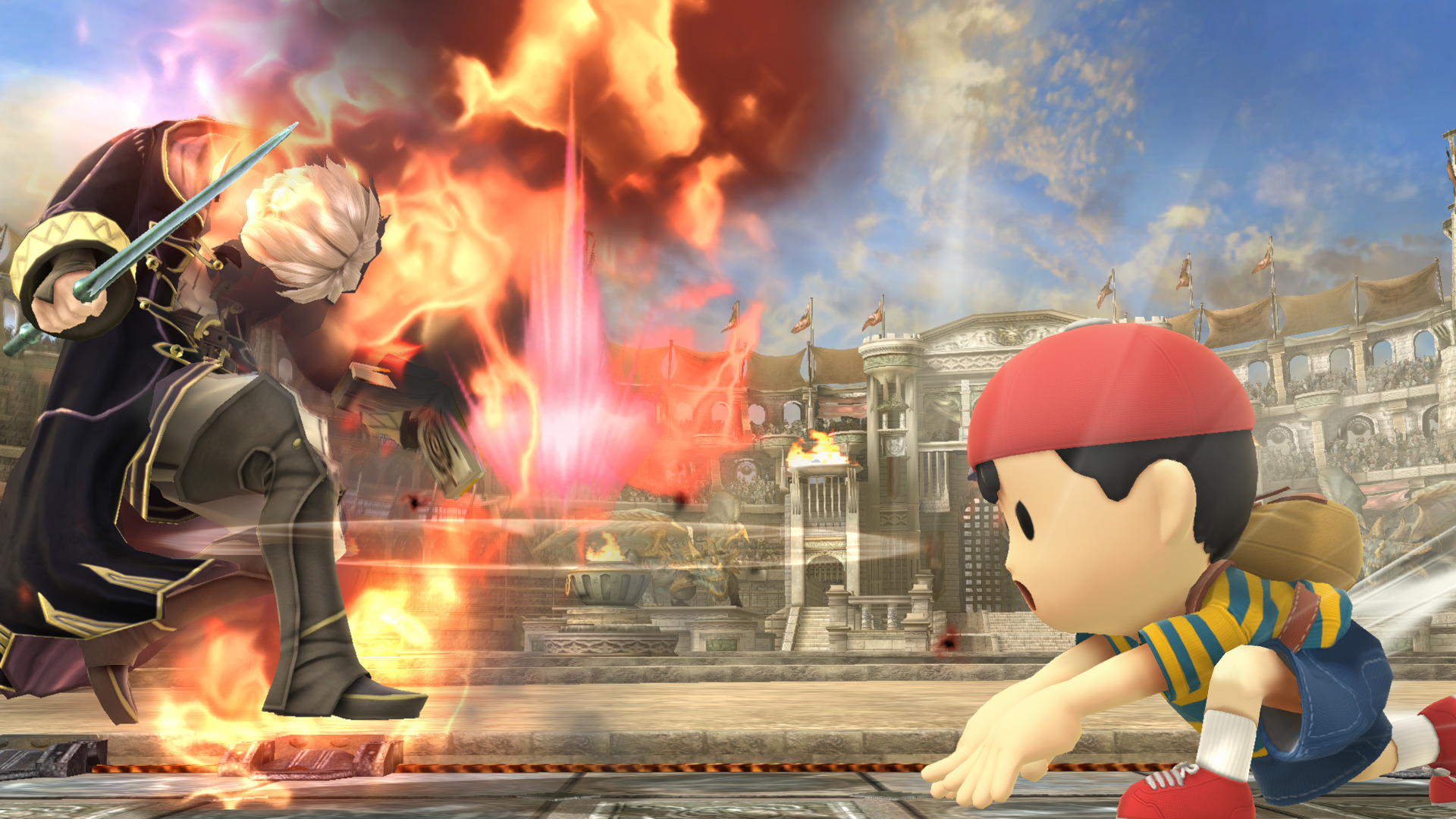 Ness is a solid character in Super Smash Bros. Ultimate and players have found some success with him at competitive events. But the meme of WiFi Ness has led to the character becoming one of the most hated when it comes to online play.

The childish scream of PK Fire might be enough to make casual online players start sweating and remember the terrible experiences of being caught in an endless sea of flames in neutral. But one player took his hatred of Ness to the next level by becoming the very thing he hated—a WiFi Ness player.

WDBTHtGP? (Why Do Bad Things Happen to Good People?, mostly known as Why Do or WD) is usually a Mii Brawler player and content creator known for using a Guy Fieri customized character. But after growing to hate playing Ness online, he started learning the Earthbound character and made an entire combo video only playing Ness dittos.

“I hated Ness so I learned Ness and made this Ness montage where I destroyed Ness as Ness and now I don’t hate Ness anymore,” WD said.

The video demonstrates just how versatile Ness can be when a player actually takes time to learn the character rather than just spamming specific options to take advantage of WiFi connections. Getting away from simply spamming PK Fire, PK Thunder, and Smash attacks can be hard, but once you approach the character with an offline mindset, it makes things a lot more interesting, especially in dittos.

Even WD admitted that he has a new appreciation for the character after memeing for his combos and joking that online Ness players only play for the gimmicks.

“As I played more Ness players with different strategies and playstyles, I got an appreciation for how creative the character can be,” WD said. “There are Nesses who play a grounded game, and Nesses who stay mostly aerial with PK Magnet like human hot air balloons. There are Ness mains who fight you with a defensive, calculated style… and fearsome Ness mains who RUN STRAIGHT AT YOU, VERY FAST, ALL THE TIME. You really never know what you’re gonna get when you fight someone new (which is part of why I love playing Mii dittos as well).”

Ness is still a frustrating matchup for a lot of characters to play against on WiFi, especially if the Ness player is just mashing buttons. But the interactions between characters in Ness dittos or high-level matches show that the character can be hype once the memes and spamming are left behind.