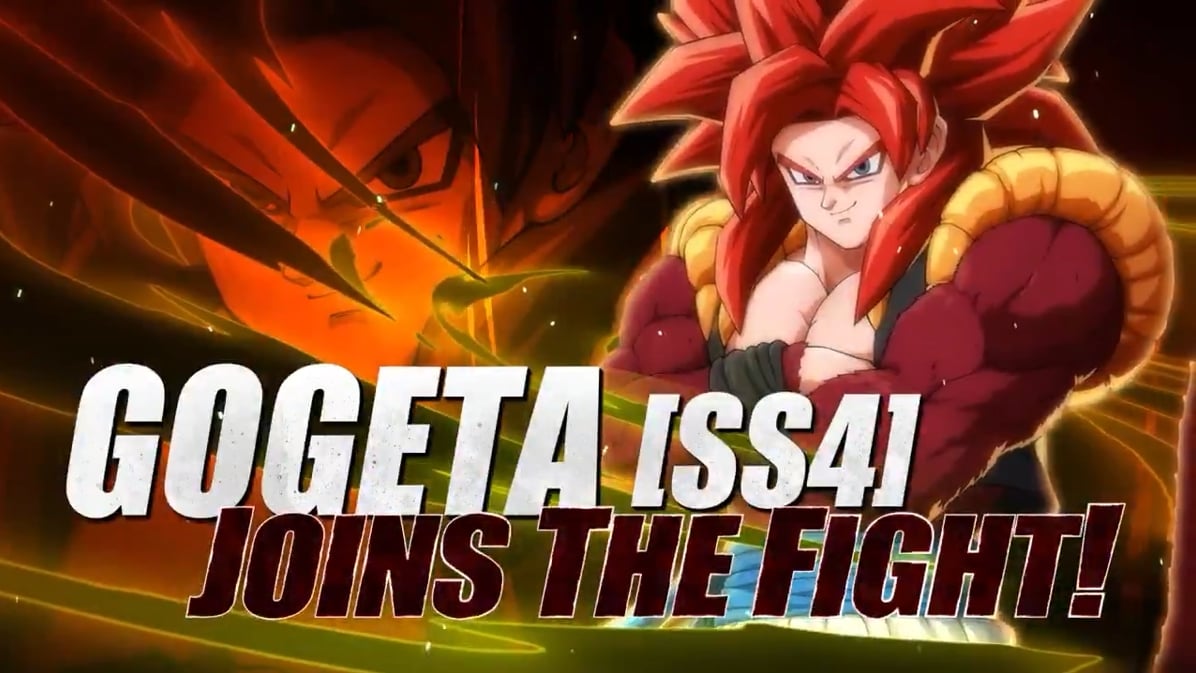 Fans won’t have to wait long to get their hands on Super Saiyan 4 Gogeta because the legendary warrior is crashing the Dragon Ball FigherZ roster on March 12.

The release was revealed following the Dragon Ball Battle Hour presentation, which showed off a lot of new Dragon Ball content, featured showmatches with top DBFZ players, and gave players a deeper look at how Gogeta will play.

For players who have already purchased or plan to purchase the FighterZ Pass 3, SS4 Gogeta will be available for download on March 10—a full two days early as per usual. He will be released as stand-alone DLC on March 12, bringing all of his combo potential with him.

ArcSystemWorks and Bandai Namco went all out with this new addition too, as the trailer incorporates the original Dragon Ball GT opening (Dan Dan Kokoro Hikareteku) while showing the fused fighter wrecking his opponents with ease. There is even an entire sequence showing off a Dramatic Finish between SS4 and Super Saiyan God Super Saiyan Gogeta.

SS4 Gogeta is the final DLC character being released as part of FighterZ Pass 3, rounding out the lineup of Kefla, Ultra Instinct Goku, Master Roshi, and Super Baby 2. No information has been released regarding a potential fourth season of DLC at this time.