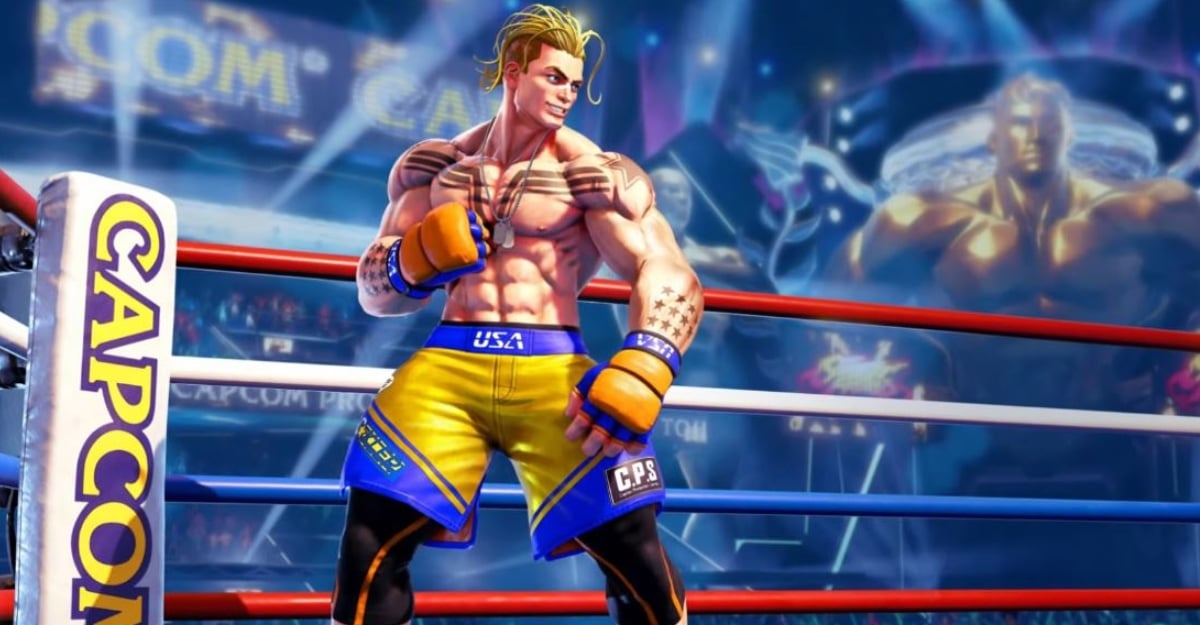 Capcom reignited excitement for Street Fighter V with the launch of the game’s Champion Edition last February, and the subsequent addition of a fifth season of DLC content for the game that is now coming to an end.

SFV’s final DLC fighter Luke, an original character developed for the latest entry in the franchise, will release on Nov. 29 for all players, officially bringing major development on SFV to a close.

As shown by game director Takayuki Nakayama and producer Shuhei Matsumoto, Luke will have a complicated and original backstory, which will be fully detailed once he is available to play in-game. The developers were more than ready to show off more gameplay for the close-range brawler, however.

All of his basic punches will see him advance forward slightly, keeping Luke in constant motion as he wants to leave no room between himself and the opponent in almost any situation. And using his various kicks, he can avoid foot pokes or low attacks, following it up with his own low moves that can be canceled into special moves.

Speaking on his specials and unique V-System, Luke basically just wants to hit hard and fast, giving him as many openings as possible to follow up without allowing his opponent to react.

Sand Blaster is really the only attack that falls outside of that category, as it acts as a projectile and can even be used to deflect incoming projectiles from opponents. This can be further exemplified by his ‘Suppressor” V-Skil, which takes Sand Blaster and turns it into a massive strike from a distance.

Overall, Luke has limited options from beyond medium range, but his entire playstyle is built to rush down your opponents, not wait for their push or poke from a distance. His rapid, fluid movement that can flow between different combos and put serious pressure on an opponent’s guard should give experienced fighters great tools to keep anyone on their toes.

Luke, along with all of his costumes and other content will be released as part of SFV’s season five Premium Pass. The pass comes with additional content, or just as part of the Character Pass for anyone who only wants to focus on gameplay.

Additionally, Matsumoto reiterated that Luke will be extremely important as a character in the next Street Fighter project, and what fans will have access to in SFV’s final character is just a small taste.

It has officially been more than a year of Matsumoto and Nakayama presenting information for SFV in this showcase-style format, which has helped the team communicate more directly with players around the world. This will be the final SFV update and character release, although additional support for the game is still planned.

“For us, SFV has been a project with peaks and valleys, but thanks to our fans, we’ve been able to accomplish what we aimed for,” Nakayama said. “We, the development team, will use this experience as a springboard to move on to the next project!”

No details about that next project are ready to be shared, but the team is planning to provide more information in 2022. This likely means development for Street Fighter’s next title is already well underway, and the release of SF6 could be coming sooner rather than later.