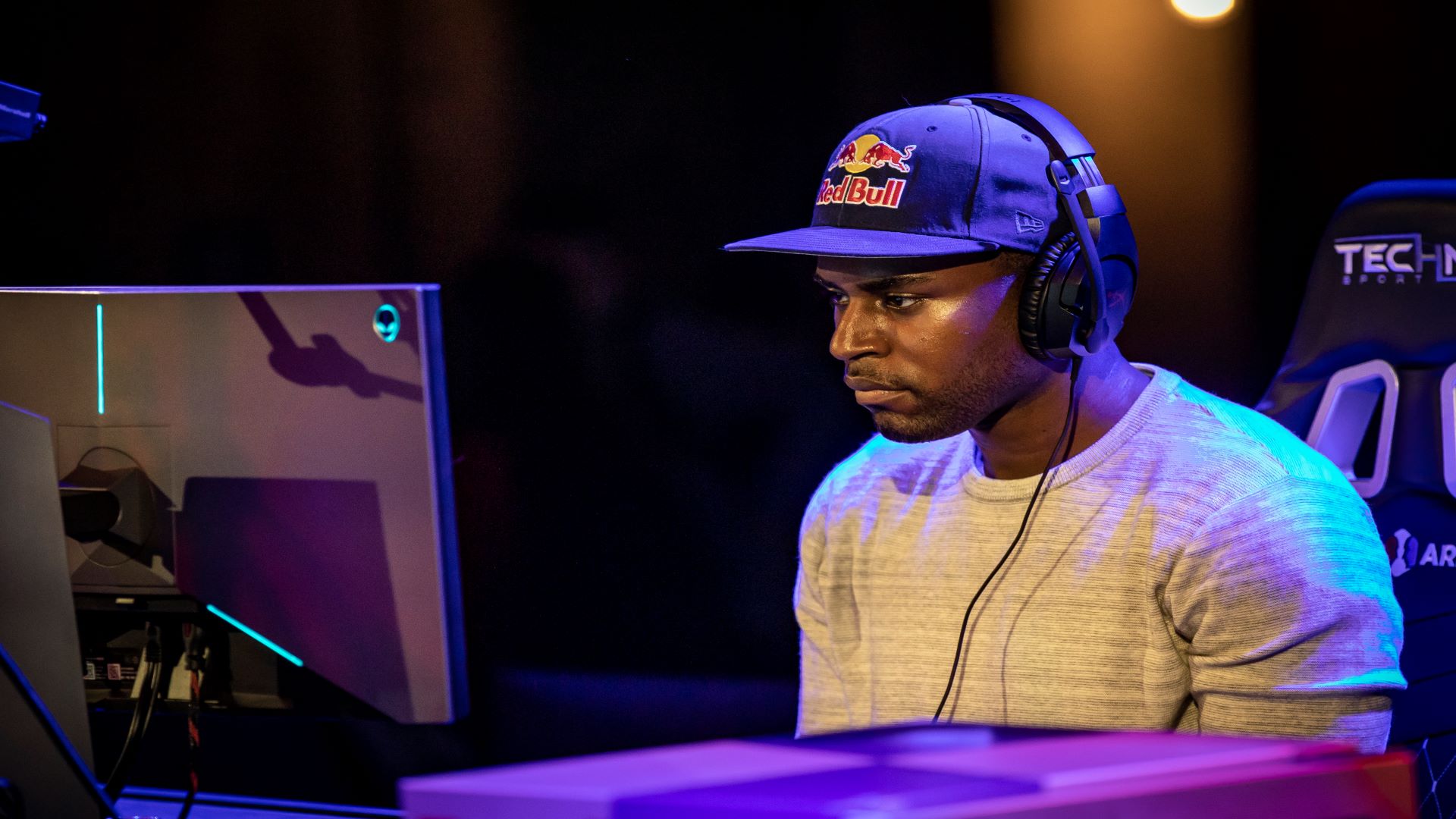 Darryl “Snake Eyez” Lewis has been a prominent name in Street Fighter for over a decade. He built his legacy as one of the best Zangief players in the world during the Super Street Fighter IV days.

From 2010 to 2017, Snake Eyez was constantly ranked among the best players in the world. But in recent years, he’s been less active in the professional scene, only appearing at major tournaments and other select events. Throughout his time away from the main stage, he’s been testing other characters and has continued to practice in an attempt to make a comeback on the Pro Tour.

Right before he attended his third big event of 2019, Red Bull Conquest Los Angeles, Snake Eyez talked with Dot Esports about his thoughts on the current state of Street Fighter V, how the meta has changed, and having to work with characters outside of Zangief.

You have attended fewer Majors over the last year or so, but as someone who is such a great all-time player, is there one character you currently think should be considered the best in the game, in your opinion?

Snake Eyez: For sure. I think Akuma is one of the characters who is always top five in every single Street Fighter game he has been in. So if a player who likes Akuma were to just pick him up based on how much they like him, they would be maining a top-tier character in any of the games.

And speaking of character choices, why have you decided to stick with Zangief for so long? We love the character and how he makes certain matchups so entertaining to watch, but is it just a passion for the character or has he just always matched how you want to play?

I think it started off as, not passion, but his playstyle being something I liked. And then, after Street Fighter IV, I think it really turned into passion for the character. I don’t necessarily like the way he plays fully in Street Fighter V, but I do like some things about him and I like everything about him the further we go back into the older Street Fighters. It definitely has evolved into a passion now rather than what it was before.

But then there are the fans as well. The ones who might find it as a disappointment when I pick a different character. Like when I go up on stage, those fans are going to be like “oh hell yeah, Zangief. We are going to see some Zangief.” And depending on who I am playing at that moment, I may not pick him, and I know that disappoints them as well. Sometimes that messes with me in regards to who I should be picking based on the player versus just sticking with Zangief. I take both into consideration.

Like you said earlier, Akuma has generally been considered a top-tier character in SFV. And looking at your history, especially over the last several years, he’s been your secondary. Does he provide the coverage you need for certain matchups or is it just another case of you really liking the character?

It is actually just what we talked about earlier, a case of me just really liking Akuma. Even if he wasn’t as good as he is now, I think I would still use him as my alternate character mostly based on him sort of being able to cover a lot of my bad matchups. But here’s the thing. When you play Akuma as an alternate character, you play him enough to realize that he is way better than Zangief or your other, main character. Then you become conflicted with who your main is because he is so good, and you are already playing him so why not just main him?

Those are the kind of ideas that cross your mind when you find a character like that. And that was the situation I was in before. I am a little past that now, he is sort of my primary character now.

When you go into picking a character during a transition between games or just because you need to change something up, is there a process where you go through and try out all the characters to try and get a feel for who matches you? Or is there just someone you kind of latch onto? You already had Zangief, but is it something you have an idea of before the switch, or do you need to narrow it down as you go?

That is an extremely tough process for a lot of players to go through because most people will play the character that appeals to them based on aesthetics and sometimes the way they fight. But there are other players who just follow the meta and only play someone in the top five. But that last part is only like 15 percent of the player base.

For me, I would say I pick who I like based on how they look and how fun they are to play. Like if they have a certain combo that you can pull off and it makes you feel really good when you do it, or the style they play is appealing to you, those are the kinds of characters that I go for. And I feel like most other players do that as well and don’t pick based solely on the meta.

An event like Conquest is much different from bigger events because it opens the doors for so many amateur players to compete against the pros on a smaller scale. Is there a different approach you take to events like this? Or is it the same song and dance regardless of the competition?

Oh no, it is definitely different. You know, Conquest will feel much closer to a Wednesday Night Fights because a lot of those same players will be at the event. So because you have those same primary people coming out from the local scene to something like Red Bull Conquest, it almost feels easier than a normal tournament. Normally, there are a lot of different variables you would have to take into account. But here, you know exactly who you are going to fight and you have been fighting them forever. That Wednesday Night Fight mindset is something I am very familiar with, so it is easy to go into something like that.

SoCal is regarded as one of the hubs of the FGC in North America and Los Angeles is the center of that hub. How deep does that high-level play run in your “local” scene compared to other places you’ve experienced?

Well, shout out to [Alex “CaliPower” Valle] because he has been running Wednesday Night Fights forever and I have been going since like 2008. And I just feel like, as a local, we have a ton of experience against other people on a console rather than online, and he was one of the first tournament organizers to do a local like that, which has helped everyone grow over the last 10 years.

We kind of have an edge on other regions because of that, which is why some of us call him the godfather of locals because he started that trend. So Wednesday Night Fights was kind of what started it and helped give us that headstart into professional tournament play by emulating it and trying to match it as closely as possible. That allowed us to grow a lot more.

How big of an advantage do you think being able to sit next to another player and actually talk while playing gives over playing online? Most people say grinding it out in person can’t be beat when it comes to practice.

One hundred percent. So some people, when they play against other people, they don’t really like to share info. A lot of people when it comes to social stuff will say something like “oh man I am totally against that” or “I don’t think that is the way to go,” but that is very easy to say. They are trying to be careful about not giving opponents info on how to play against you and gauging if maybe giving them some info will make them a bigger challenge for you. It always starts like that and then once the blows really start coming, both players will start to share the rundowns of how they did with each other.

But yes, I definitely feel that being able to play against someone offline and then converse over what they were doing to counter you is a way better deal than playing someone online. If you just look at locals and playing against 10 or 15 people in casuals, if you lose, you can always ask what you did wrong and try to fix it based on the feedback.

Lastly, how do you feel going into Conquest and is there a general feeling you have about the current SFV scene as a whole?

The game has come a long way from season one and there are a few more characters coming out soon, which is good. But the comments some people are making about a potential Super Street Fighter V are what really have me excited. Because normally when you have a Street Fighter game that goes into the Super version of itself, there are a lot of really cool changes that happen and they always make the game better.

So hopefully we are going to follow that trend and we can get an injection of excitement into the game because we have been playing the current Street Fighter for a very long time and the mechanics have stayed pretty much the same. Maybe some people are getting a little bored. I mean, when some people get new characters are ready to change, but a lot of players just stick to the same thing. If you want to get them to change, you need to change the actual game itself. So I am hopeful whatever comes next can bring some of those changes.