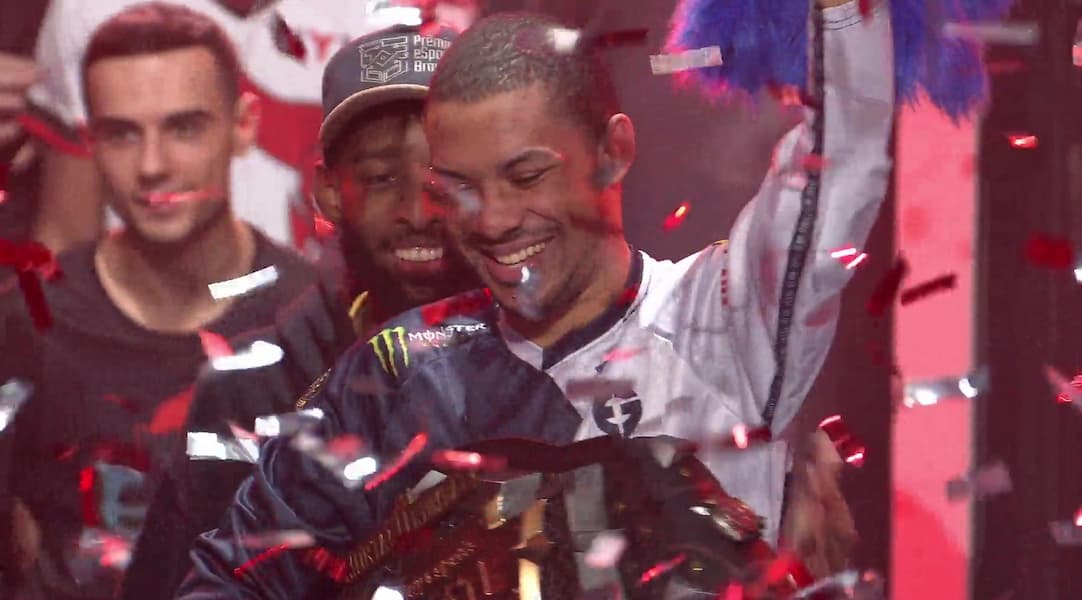 After three days of intense competition, Dominique “SonicFox” McLean is once again on top of the Mortal Kombat 11 world after taking the WePlay Ultimate Fighting League Season One title.

They had to battle back through losers after dropping down in a 1-3 loss to Sayed “Tekken Master” Hashim, but the rivalry kept going as SonicFox reset the bracket and took the entire thing in a 5-1 landslide.

Tekken Master was one of the favorites coming in, having won WePlay Dragon Temple in December and proving he had what it takes to topple SonicFox in the winners finals of WUFL 3-1. But once the pair sat down across from each other in the grand finals, it was entirely different story.

To end one of the first LAN fighting game tournaments of 2021, we got to see a clash between two rivals playing opposing playstyles, with Tekken Master zoning with Cetrion and SonicFox mixing things up with Joker’s insane damage output.

The first set was extremely close, but as time went on, it looked like SonicFox was able to piece together exactly what Tekken Master wanted to do in each situation. SonicFox ended up resetting the bracket with a 5-4 win, and then completely opened up the matchup in the reset.

Tekken Master kept things close in the first few rounds, even taking a game, but once SonicFox got moving, there was no stopping them.

The Final Kombat 2020 champion closed out the tournament 5-1, having beaten Tekken Master, Hamid “MK_Azerbaijan” Mustafayev, and Curtis “Rewind” McCall in the finals bracket to take the WUFL Season One title and $15,000.

WUFL will continue next week, bringing in many of the world’s best Soulcalibur VI players to compete in the second week of competition.