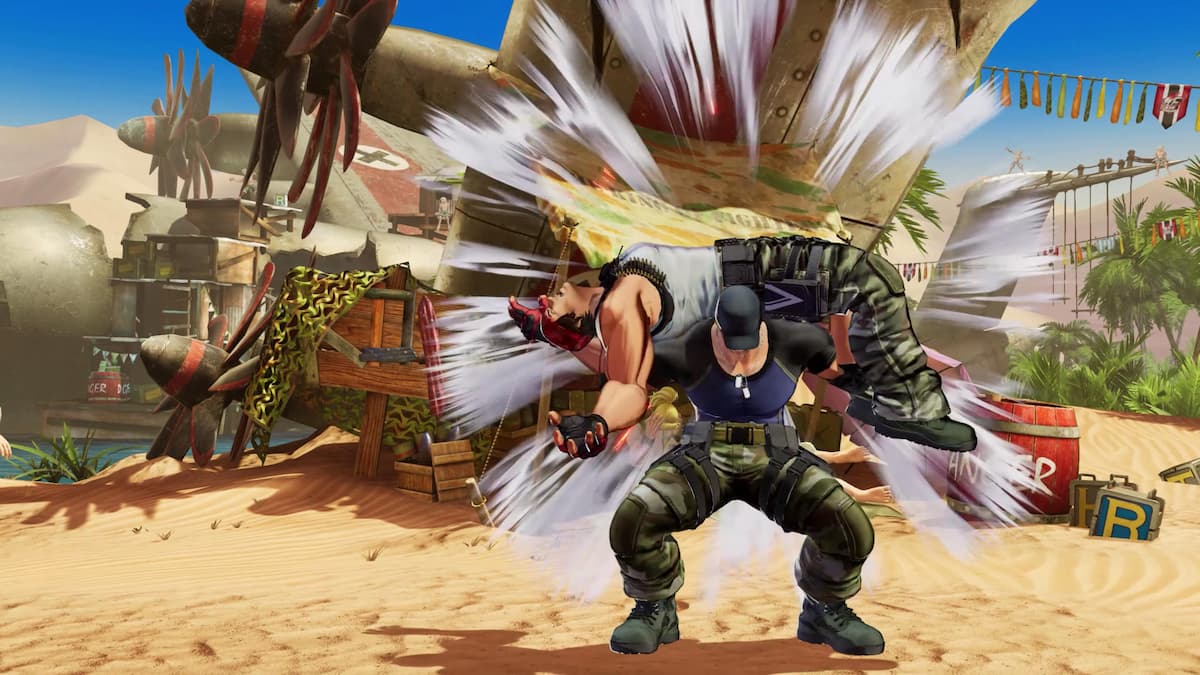 Team Ikari is back in action for King of Fighters XV, with both Ralf Jones and Clark Still joining the game’s roster in the latest reveal.

It didn’t take long for SNK to bring in the big guns following Leona Heidern’s official reveal last week, and now the combat-centric squad is ready to, along with a slew of Metal Slug references.

Ralf and Clark are some of SNK’s longest-tenured fighters, though they originate from run-and-gun or overhead shooters T.N.K. and Ikari Warriors, respectively. Both later made appearances in other Metal Slug, just like Leona, and KoF, starting in KoF 94.

Both characters rely on different fighting styles when they enter the KoF arena, with Ralf focusing more on wrestling moves and direct martial arts, while Clark is more accustomed to wrestling and grappling.

The stage being added for Team Ikari has a ton of references to Metal Slug and could also feature some callbacks to a few of the trio’s other appearances throughout SNK’s history.

Including Leona and Ikari duo, we have 20 confirmed characters for the KoF XV roster, with only a few like Mai Shiranui and Yuri Sakazaki not having teams yet. K’ was shown in the first official trailer, but has yet to receive a gameplay showcase yet.