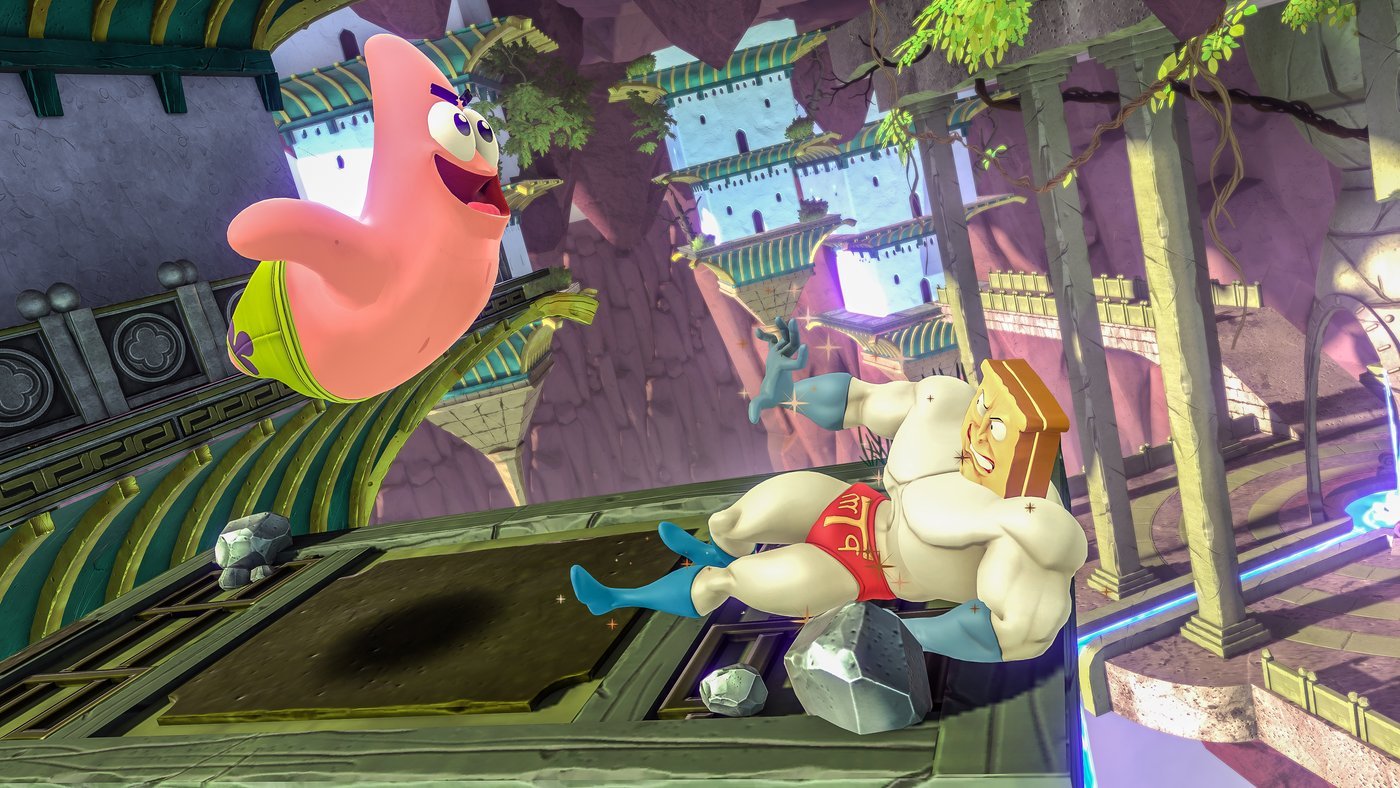 Created by Slap City developers Ludosity, Fair Play Labs, the team behind G.I. Joe: Operation Blackout, and published by GameMill Entertainment, the game looks to bring the Nickelodeon IP into the world of platform fighters.

The gameplay itself looks like a nice mix of Super Smash Bros., Brawlhalla, and, of course, Slap City, with the only real difference being the characters that players will be fighting as. We don’t have a full roster yet, but the trailer did reveal 14 playable fighters that will be included at launch.

IGN also confirmed that All-Star Brawl will include 20 levels based on Nickelodeon shows, including Jellyfish Fields from SpongeBob SquarePants and the Technodrome from TMNT. There will even be single-player and multiplayer modes for up to four players, and every fighter will have unlockable moves.

The inclusion of SpongeBob SquarePants and TMNT characters makes a lot of sense for the popularity and fighting game elements of the game, but Powdered Toast Man and Nigel Thornberry being included on this list shows that the developers likely had a lot of say in character selection. If this initial lineup is anything to go by, the final list of playable characters will appeal to a wide variety of Nickelodeon fans.

Outside of the official trailer, Ludosity confirmed some additional details in the developer’s Discord server, announcing that the game will be coming to PC, will feature wavedashing, and rollback netcode will be supported “on supported platforms.” The game has been in development since last March and we’ll likely hear more about it soon if the fall 2021 release window holds true.