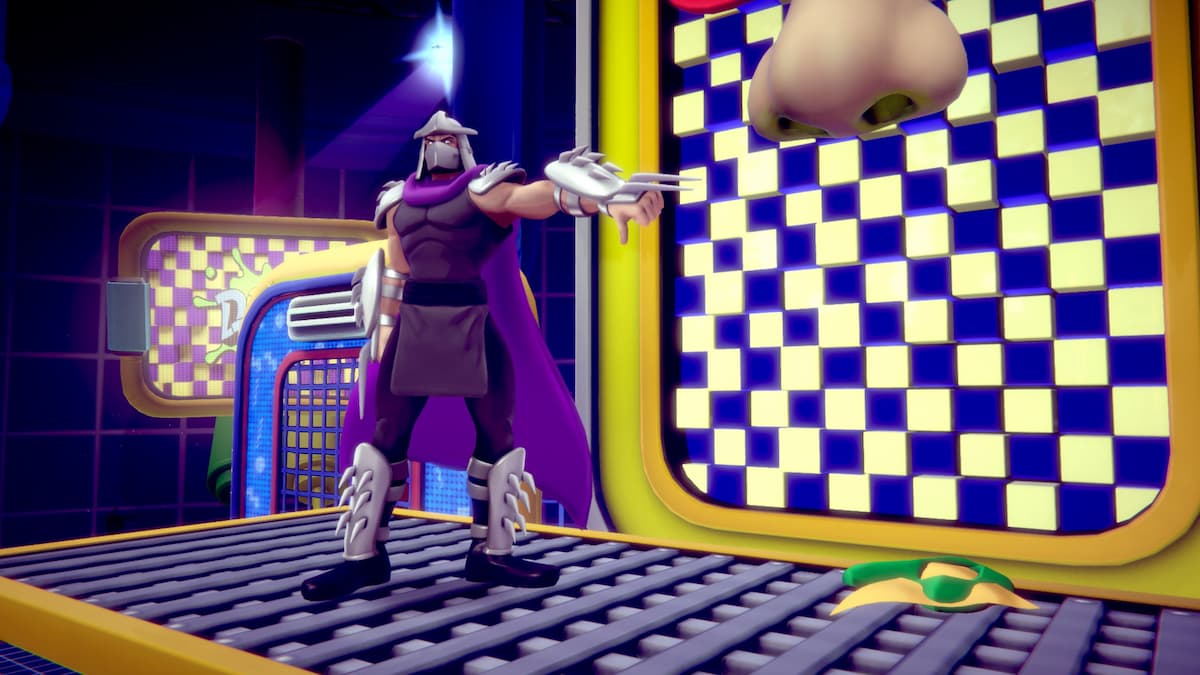 The Nickelodeon All-Star Brawl developers dropped a sizable update for the game today, revealing Shredder from the Teenage Mutant Ninja Turtles as the game’s next playable character.

Along with the new fighter, NASB players will also have access to a new stage based on Nickelodeon’s Double Dare game show series, which are both available to download now.

Rocking his classing look from the 1980s TMNT series, similar to the already playable Leonardo, Michelangelo, and April O’Neal, Shredder is a powerful combo character that has moves capable of chaining into each other when timed properly. You’ll mostly be using lighter attacks to get in close, while his charged moves give him more range and movement options.

The leader of the Foot Clan even has a Down Special that will temporarily boost his offensive attacks, giving players a chance to clean up stocks quickly.

Shredder is available now and is the second free DLC character added to the game following Garfield’s launch in December. No further roadmap for DLC characters has been shared yet, but we should hear more news soon, though the next fighters will likely be paid additions to the game.