During the “Mr. Sakurai Presents ‘Kazuya’” showcase today, a wave of despair washed over fans of certain characters when Mii Costumes were shown off at the end of the presentation.

In Super Smash Bros. Ultimate, the following characters are all receiving Mii Outfits: 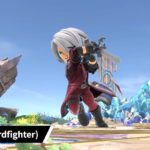 Since these characters are getting outfits as Miis, it’s effectively been confirmed in the eyes of fans that they won’t become DLC fighters in Ultimate. While there are some characters in Ultimate that were Mii Costumes in the past, like Inkling, King K. Rool, and Isabelle, these were Mii Hats back in Super Smash Bros. for 3DS/Wii U. This means it’s incredibly unlikely for any character that’s received a costume during the Super Smash Bros. Ultimate iteration to snag the final DLC spot on Fighters Pass Vol. 2.

Despite the disappointment for fans of specific characters, Shantae fans are getting a small win in this scenario. Similar to the Sans costume (from Undertale) who brought Megalovania to Super Smash Bros. Ultimate, purchasing the Shantae Mii Costume will add one song to your “Other” category, “Burning Town” from Shante: Half-Genie Hero. This means you can play the song on certain stages that lack ties to specific characters.

Though being unable to play these characters may sting for hopeful fans, the ability to obtain their Mii Costumes goes live tomorrow, June 29. They’ll be available for $0.75 each.