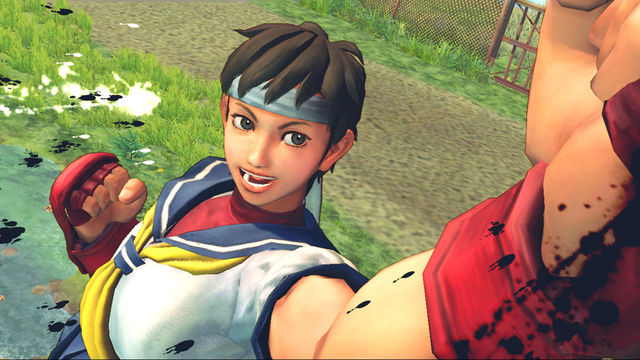 Capcom didn’t say that popular character Sakura will be coming to Street Fighter V—but the company implied the hell out of it.

Capcom revealed a new trailer for Street Fighter V: Arcade Edition, the upcoming update to the company’s flagship fighting game. The trailer, which aired at the conclusion of Sunday’s Capcom Pro Tour North America Regional Final at Red Bull Battle Grounds, confirmed that all characters will gain new V-Trigger moves. It also gave fans a preview of a few of the new moves that Capcom hopes will lead to more stylish combos.

But it was what happened after the trailer that got fans talking.

The event stream showed an image promoting next month’s Capcom Cup, the Capcom Pro Tour’s $250,000 championship event. The image was filled with what appeared to be cherry blossoms, which floated across the screen. Cherry blossoms were also mixed in with the confetti that was fired into the air after the trailer at the Red Bull Battle Grounds.

Sakura is the Japanese word for cherry blossom.

Sakura is one of the most popular Street Fighter characters not currently in the Street Fighter V roster. Her return to the series as a DLC character in season three has been a persistent rumor, but the hints dropped on Sunday were the clearest indication yet that those rumors won’t be just rumors for much longer.

Capcom Cup is slated to take place during the PlayStation Experience on Dec. 9 and 10 in Anaheim, California. Capcom has already confirmed that Street Fighter V: Arcade Edition will be playable on the show floor that weekend, so we can expect to hear more about the next wave of characters—which may or may not (but probably will) include Sakura—at the event.