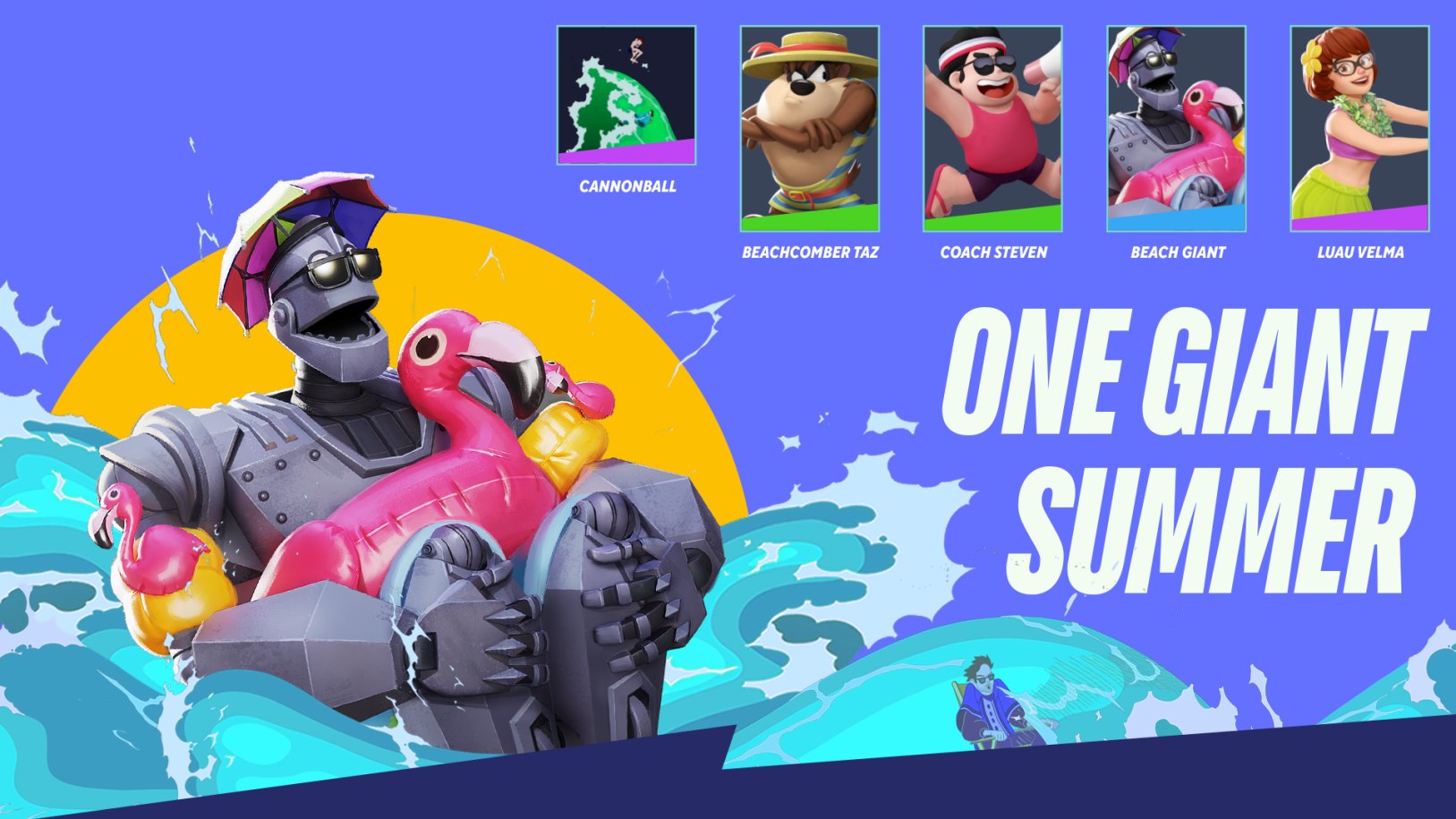 MultiVersus One Giant Summer skins will be cycled out on Sept. 26, giving players under two weeks to collection the exclusive skins before they depart from the store until next Summer.

Purchasable in the shop through MultiVersus in-game currency, both the MultiVersus Twitter account and game director Tony Huynh confirmed that the Summer-themed bundle is soon to leave the game.

Though the select character variants are leaving in the next two weeks, Huynh affirmed the MultiVersus Summer skins and ring out will return next Summer.

Though the seasonal skins are leaving players soon, those with the skins will still be able to equip them all year long and those unfortunate enough to miss out will get their next chance to unlock the variants in approximately one year. Given the cycle of the One Giant Summer skins, players can likely expect more seasonal skins to hit the shop sometime in the future and follow the same release and removal track.

There is still plenty MultiVersus players have to look forward to despite their impending loss from the store. With the release of Morty and Stripe, along with the upcoming releases of Black Adam, Rick, and more, there will be plenty of opportunity for further cosmetic options.

Players are still able to unlock the Summer skins either through the MultiVersus store or battle pass until they are discontinued on Monday, Sept. 26, so get in quick!