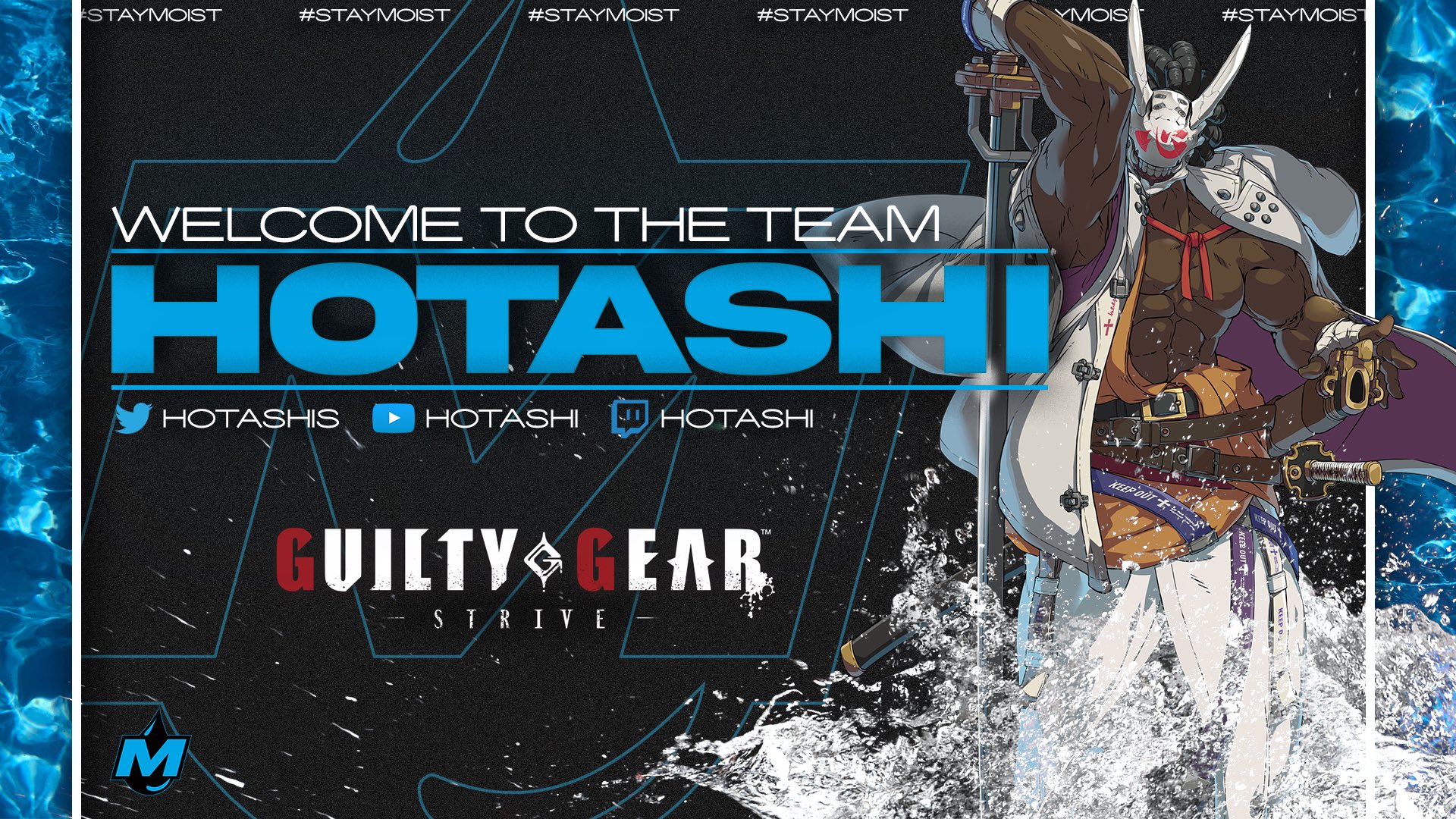 Hotashi is widely considered one of the greatest GG players across multiple games, including Strive. His run at Evo 2021 in the North American bracket saw him take sets against SonicFox, Jonathan Tene, and Supernoon. Since Strive’s release, he has also won The Big LEVO Two, The Grand Bamboo Battle 2021, and placed fourth at both CLG Burst Series and DreamHack Beyond 2021.

Moist was formed by streamer and content creator Cr1TiKaL earlier this month. The team debuted at Beyond the Summit’s Smash Ultimate Summit Three.

Originally, the team signed top 50 Ultimate player Kolawole “Kola” Aideyan to the roster before bringing on Aaron right before the event began. Both players ended up tying for seventh place in the singles bracket, placing higher than many players ranked ahead of them in previous years, including Maister, Dabuz, and KEN.

Signing Hotashi to this roster keeps Moist locked into the fighting game community, but diversifies their represented games, adding a top GG player and who is very competent in other anime fighters like Dragon Ball FighterZ and Under Night In-Birth.

Since the team has existed for less than a month, it is very likely Cr1TiKaL has several more signings in the works as Moist continues to expand.