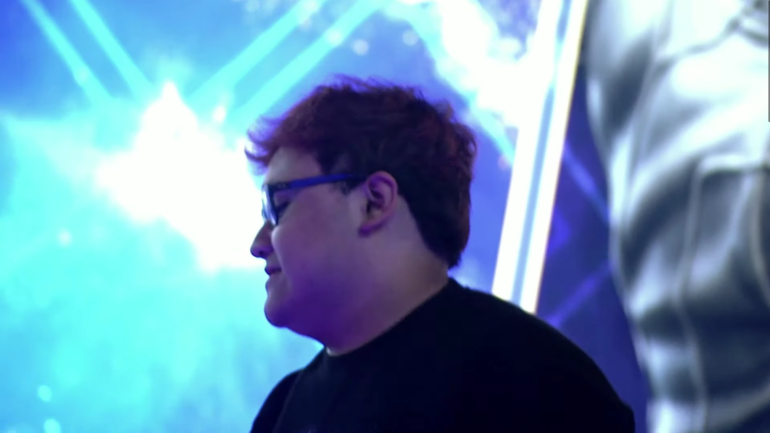 Getting knocked down into the losers bracket early at Evo 2019 didn’t stop Echo Fox’s Leonardo “MkLeo” Lopez from making the ultimate comeback and solidifying his rank as the top Super Smash Bros. Ultimate player in the world yesterday.

In an electric grand final against Gavin “Tweek” Dempsey, MkLeo finished off a perfect 3-0 bracket reset win to claim the Evo 2019 trophy for Smash Ultimate.

During the top 16, MkLeo was upset by Takuto “Kameme” Ono, a top player known for his incredible play with Megaman. Following that defeat, the current No. 1 ranked player nearly lost to a fellow Mexican competitor, Enrique “Maister” Solís, before tearing through the losers bracket to secure a spot in the top eight on the Evo main stage.

Once there, he immediately had to face Sota “Zackray” Okada, a prodigy from Japan who’s considered one of the best Wolf players in the world. It ended up being a one-sided battle, with MkLeo’s Joker soundly beating Zackray’s Wolf 2-0 to move on.

He then survived a battle of ranged projectiles with the best Duck Hunt player in the world, Ishiguro “Raito” Tetsuya. Because of his excellent movement around the explosive cans and other projectiles, MkLeo was able to best Raito in another 2-0.

Leo barely managed to survive a close series against Ezra “Samsora” Morris and later defeated William “Glutonny” Belaid in order to secure a spot in the grand finals.

This put the seemingly inevitable clash between the two top-ranked players in the world into action. Because Tweek entered the finals through the winners side, Leo had to reset the bracket and win two series worth of games if he wanted to take home the trophy.

The first set was close. Every game but one came down to the last stock, with Tweek holding a 2-0 lead after the first two games. Leo tied things back up and eventually forced the reset with some expert platform management underneath Tweek’s Pokémon Trainer.

From there, Tweek looked a little desperate, clinging to the sides of the stage, recklessly swapping between Pokémon at times, and dropping game one because he lost his jump and had to go for an offstage Flare Blitz to gamble for the win. Leo took complete advantage of these mistakes, quickly taking control of the reset bracket and sweeping Tweek to end the tournament.

MkLeo won his first Evo title after placing 65th at Evo 2017 and pairs this with his victory at Evo Japan 2018. He earned a total of $21,174 for taking home the crown and will now gear up to play at Super Smash Con on Aug. 8.