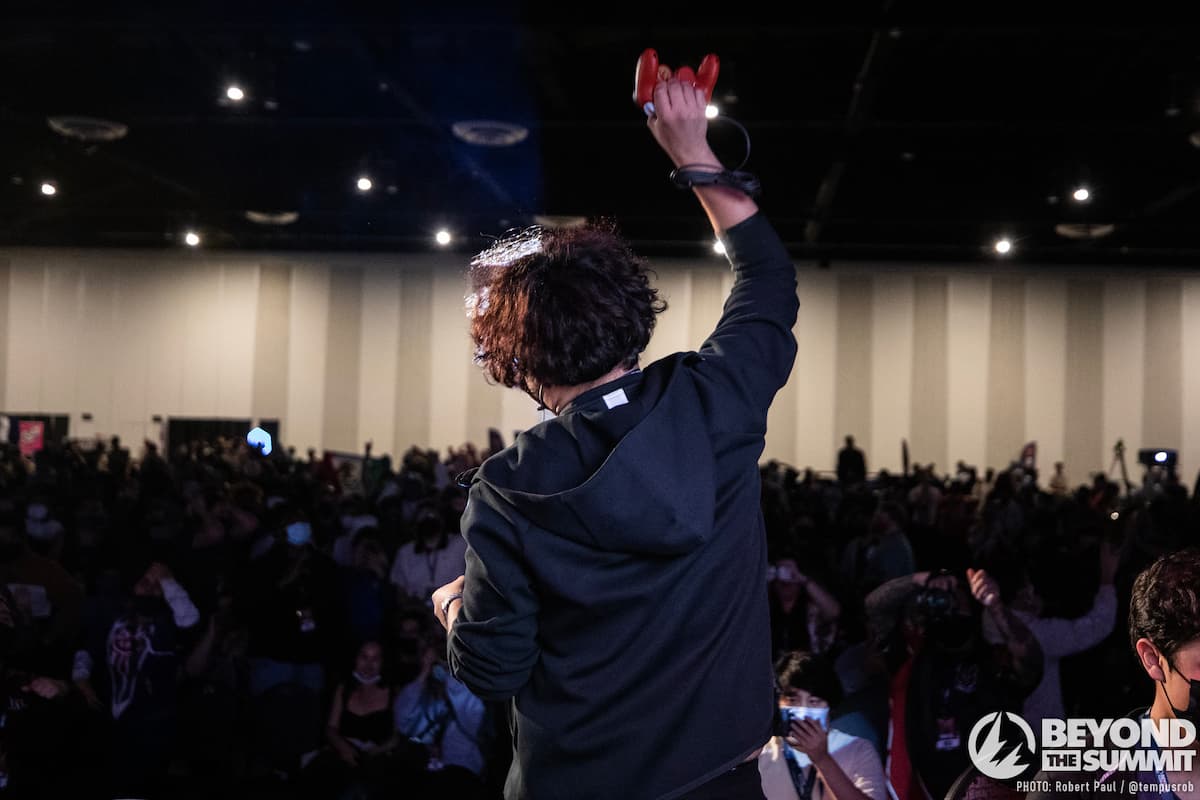 Photo by Robert Paul via Beyond the Summit

There are only so many ways you can push a player like MKLeo before he somehow manages to swing a game into his favor.

That ability was once again on full display at Mainstage. The top player in the world fended off an incredible run from Sparg0 to take yet another Super Smash Bros. Ultimate Major with a 3-2 win.

The Byleth main’s path wasn’t easy, facing some close calls against Cosmos and Tea in the main bracket. But once he survived a brush with Elegant in winner’s finals, he was set to defend his crown once more.

As for Sparg0, his run was even less straightforward, dropping into loser’s after an early 1-3 upset to fellow Mexican standout Santiago “Chag” Perez’s Palutena.

Using a combination of his Pyra/Mythra and Cloud, Sparg0 started his run through loser’s with a win over Armando Villalobos before tearing into some of Ultimate’s top tiers. In a six-set run, the rising star took down ESAM, Kola, and Light, followed by a revenge win to eliminate Chag, a 3-0 sweep against Tea, and a strong victory over Elegant to make into grand finals.

Matching up against Leo in the finals of their second-straight Major, Sparg0 had a lot of momentum. Opening with a two-stock win, Sparg0 dropped just one game with his Aegis, resetting the bracket against Leo’s Byleth.

In the post-game interview, Leo admitted that he thought about swapping to his own Aegis duo to run the Ditto matchup, but stuck with his main instead because he felt Sparg0 was the better player with the character and would win. This proved to be a solid choice— he took game one of the reset grand inals bracket and continued to keep the games incredibly close even when playing from behind.

Throughout their matchup, it was clear that Sparg0 held a strong advantage when playing from a dominant stage position, while Leo was more than comfortable waiting out awkward exchanges in order to push his opponent into a disadvantage at the ledge or off stage. This was demonstrated several times, with Leo punishing Sparg0’s recovery consistently even after being locked in some impressive combos on-stage.

It all culminated in a game-five, last stock situation where Leo, down more than 100 percent in damage to Sparg0, was able to pressure the younger player off stage, force him to play more defensive, and opened up a chance to seal the deal with a perfectly timed Down Air.

This is the fifth straight Major that Sparg0 has made it into at least the top three, but he has yet to overcome the pressure of the main stage, falling to MKLeo, Tweek, and Light in each of those appearances.

For Leo, Mainstage is just another trophy for the trophy case.This is his fourth Major victory of the 2021 offline era, and his third straight time taking home the top placement.

Leo has yet to finish below second at any event over the last year. He will be taking a small break from competitions as he heads home to Mexico for the first time in several months. But he will be back on the grind in December for CEO 2021 and the Smash World Tour 2021 Ultimate Championship.