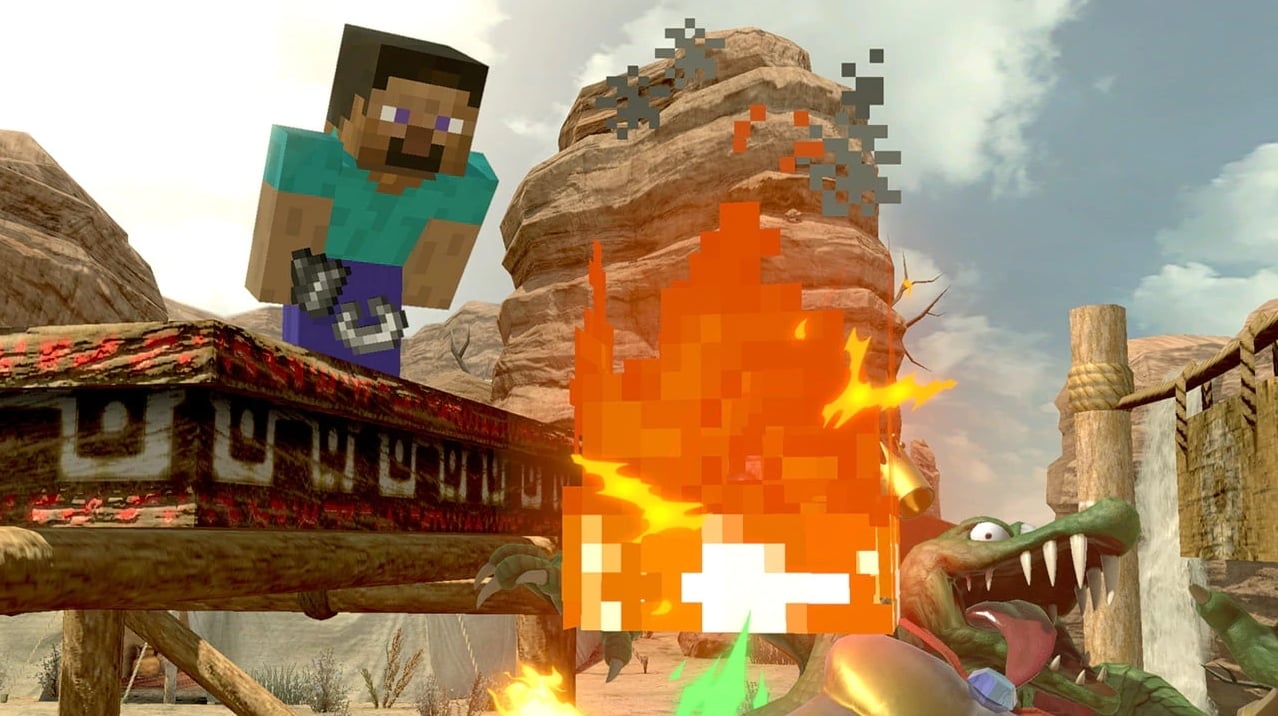 Nintendo has revealed a pair of new amiibo headed to stores from the Super Smash Bros. collecting featuring none other than the DLC characters Steve and Alex. The two Minecraft characters will be the latest amiibo to arrive and are scheduled to hit stores on Sept. 9.

Fans of Super Smash Bros. Ultimate will know that these two characters joined the game back in October of 2020 as part of the game’s DLC offerings. The amiibo figures look just like their in-game counterparts, an easy task to achieve given their distinct blocky appearance.

Minecraft amiibo were first revealed for release earlier this year, but due to logistics and production issues, things were delayed until September. Earlier this year fans got a different Super Smash Bros. Ultimate DLC amiibo when Min Min launched on April 29.

Right now it isn’t clear if the production and logistics issues will have caused supply problems for its release, but they would seem to have been resolved.

Once Steve and Alex join the amiibo offerings there will be just five characters from Super Smash Bros. Ultimate left to be released. The remaining five characters are all from DLC and include Sora, Mythra, Pyra, Kazuya, and Sephiroth.

All but Sora have been confirmed to get their own amiibo in future.

As you’d expect, fans are eager to get their hands on an amiibo for Sora the last character to be added to Super Smash Bros. Ultimate, but as of right now they’ll need to sit tight and wait for an official announcement.