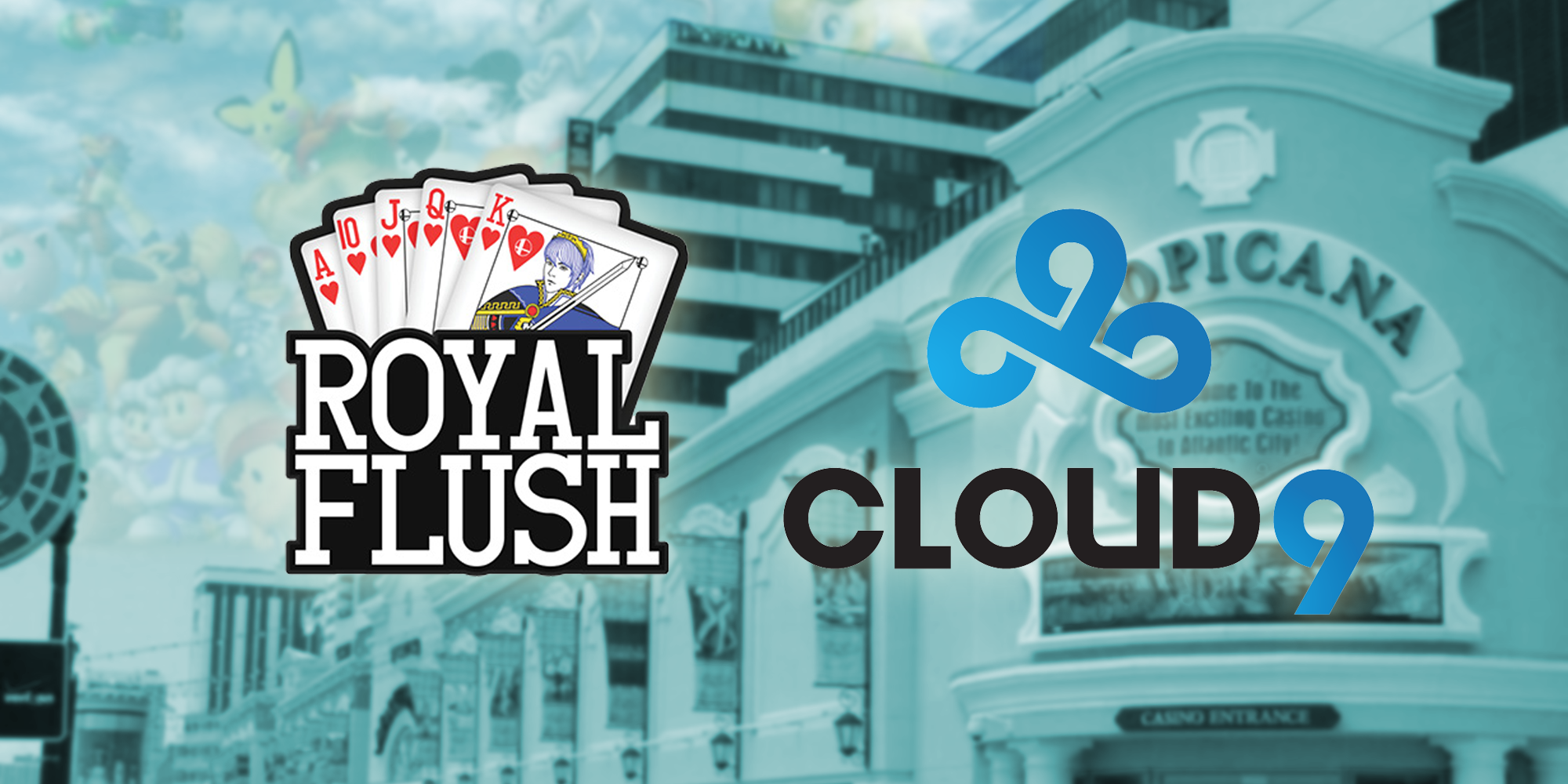 Photo via Wikipedia (remix by Will Copus)

Armada, hoping to extend his latest tournament winning streak to 10, forced Mango to sweat for every stock. Armada’s impeccable directional influence, or DI, and unforgiving punish game on Peach was the perfect match for Mango’s hyper-aggressive Fox play.

Armada was commanding in the final game of the semifinals set, losing only one stock and securing his usual place in the winners’ finals.

With a gauntlet of top players between him and his rematch, Mango orchestrated a Mother’s Day miracle, as he battled back from several last-stock situations and ran through the losers’ bracket before double eliminating Armada to take home a win at Royal Flush, which peaked at 78,000 concurrent viewers on Twitch.

“I was so composed,” Mango said. “I made like four clutch comebacks where I was down a whole stock, last game. I was just able to keep it together, man. I don’t know how, but I was just in the zone, I guess.”

Mango’s last major win was The Big House 6 last October, and he’d only placed in the top three once since then. While his placings were still excellent by any reasonable standards, Mango’s reputation as a “God” of the game meant anything short of winning was close to a letdown.

Royal Flush’s setting within the Tropicana Casino & Resort only added to the pressure, given his recent slump.

“Pretty much the meta was go crazy, have my normal fun the first night,” Mango explained. “As for that, I gambled and had a few drinks. Then after that I went super tryhard and was only having just a few beers at the end of the night. I went funmode first day, then pretty much took the tournament pretty seriously after that.”

Mango’s focus this weekend translated into crisp movements and unpredictable decision-making on both Fox and Falco. His first test in losers’ was DaJuan “Shroomed” McDaniel, who forced Mango to tighten his play and battle back from a 2-0 deficit. Still, he kept calm and won the set, 3-2.

“I was just able to get some momentum,” Mango said. “After I played Shroomed, I realized I had to step it up. I wasn’t cutting it. After that, I was like ‘Okay, we gotta play way better.'”

Next up was Sami “Druggedfox” Muhanna, who was coming off a 3-0 upset against No. 3-seeded William “Leffen” Hjelte. Mango opted for Falco, and stormed through the set with a sweep of his own.

Juan “Hungrybox” DeBiedma’s Jigglypuff was the gatekeeper in losers’ finals. Mango played slippery in the neutral, mixing lasers and weaving in attacks to rack up damage. Most impressive, he avoided Hungrybox’s powerful rest attacks throughout the entire four-game series, which Mango took 3-1.

“My fox was on fire today,” Mango said. “I had to play Falco the previous set against Druggedfox. Then my Fox was able to come out, get that momentum, and I was just playing really well against (Hungrybox). I gave him nothing for free.”

After the win, he convened with his coach, Daniel “Tafokints” Lee, and some members of his Norwalk, California, crew. After three intense best-of-five sets, Mango needed the break, according to Tafokints.

“We talked about stages, we talked about little things we needed to do to adjust,” Tafokints said. “It was a little bit of adjustments and just like what stages and counterpicks we wanted for the set.”

Mango’s fans packed the resort’s ballroom venue. Although Mango chants and screams roared throughout the set, neither Armada nor Mango opted to wear headphones.

“I’ve always had the crowd,” Mango said. “I’m pretty used to it. It never really affects me too bad.”

The first grand finals set was more tense than the last. Creative DI and hard reads from both sides built up a sense of urgency. Next to nothing was guaranteed.

“It was really hype, but those were really nail biting sets,” Tafokints said. “There’s a lot of sets in the past where Mango doesn’t have the composure. But he kept to his mental fortitude and it really showed.”

With Mango down two stocks to one with his tournament life on the line, Armada caught him in his jump and followed up a hit with a forward air that sent Mango to the edge of the blast zone.

Armada followed offscreen to finish the deciding stock. Instead of landing the hit and claiming his prize, Armada whiffed his punish—just enough for Mango to firefox to the edge to gimp Armada with a shine. With the stocks tied up, Mango squeaked out enough hits for a game-winning up-air, and the crowd went into a frenzy.

“There’s no way I could’ve asked for anything better,” said Will “Reno” Hsiao, Royal Flush’s head tournament organizer. “Both Wii U and Melee brought the resets. Just the storyline here of Mango on Mother’s Day—everything lined up perfectly.”

Mango and Armada began a fresh set for the third time that night, after a brief intermission. Although tension mounted in the face of an Armada 2-1 lead, the crowd boomed with nervous “USA” chants, and once again, Mango delivered to tie things up and force a deciding game five of an instant classic.

“I may be down 300 bucks gambling, but I feel like the luckiest person in the world to have this amazing set,” Reno said. “Everyone’s going to remember this set, and it’s coming from Royal Flush. For my first event, I could not ask for anything better.”

It took hours of Melee for Mango to even up the deficit his semifinals loss created, but just like that, there was nowhere else to climb. In the final game, Mango took control, weaving around Armada’s crouch cancels and using lasers, shines, and well-timed aerials to build his lead. Not even a bomb, which has a 0.26 percent chance of being pulled, could save Armada, as Mango simply triggered an explosion and racked up even more damage on his tired rival. With a 3-1 lead, Mango’s victory was nearly assured.

“One more stock” chants bellowed through the ballroom. When Mango racked up enough damage, he launched Armada through the blast zone with an up smash, and jumped out of his seat to stomp on the stage as dozens of friends and fans stormed to his side and be a part of Mango’s improbable run. Mango met the first few, then broke free of the crowd and embraced Armada in a display of mutual respect.

Mango handed Armada his first loss of the year, adding another Mother’s Day title to his trophy case.

“It’s nice cause I haven’t seen my mom the last four Mother’s Days,” he said. “It’s nice to at least win something, so shouts out to her.”

It’ll take more than one win to uproot Armada’s claim to No. 1 in the world, but this week has taught us one thing: “Don’t sleep on the kid.”