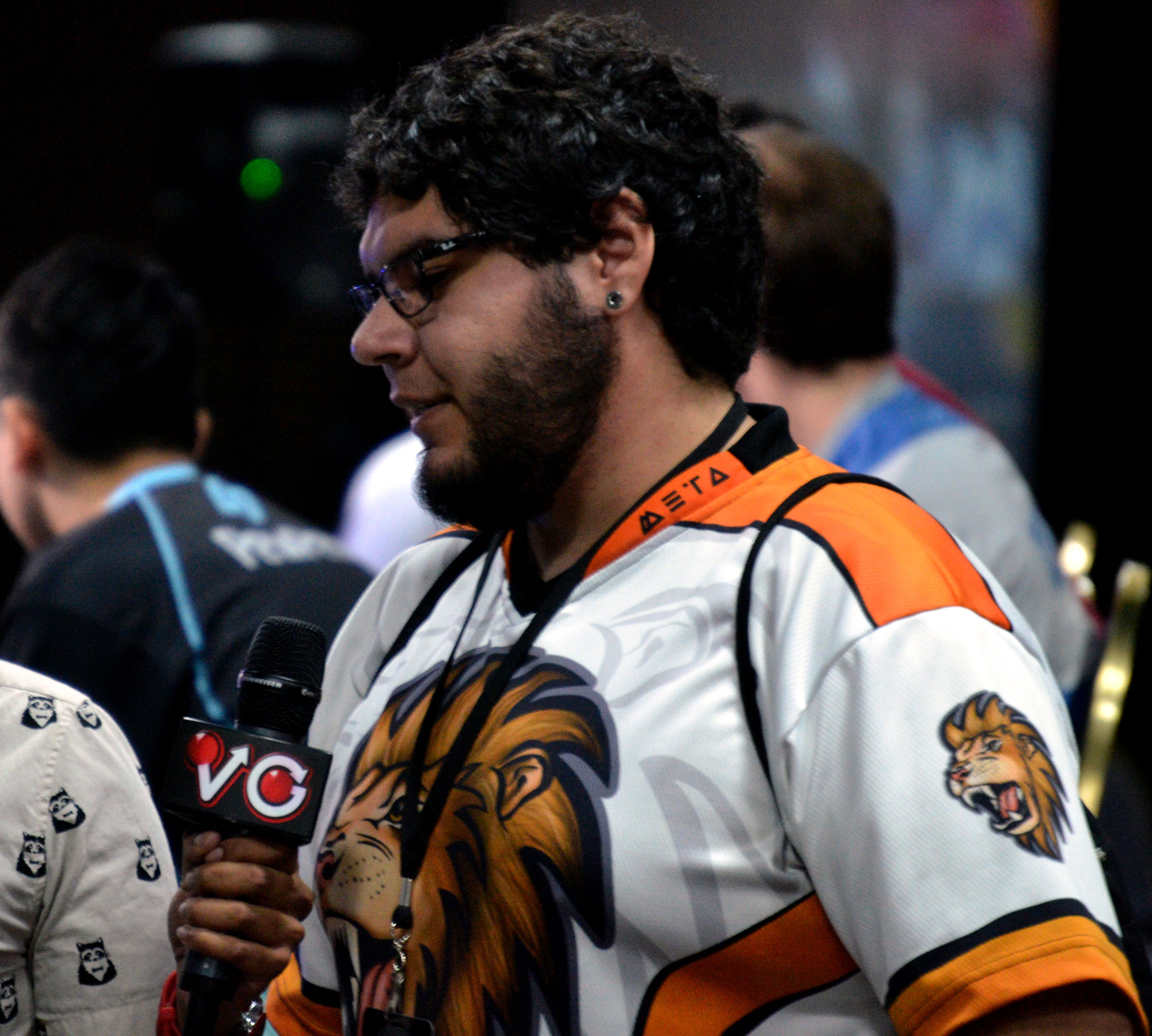 Two days into player-voting for Smash Summit Spring 2017, Joey “Lucky” Aldama braced for elimination. The mostly crowd-funded event hosted by Beyond the Summit, which begins today and runs to March 5, features the largest Super Smash Bros. Melee singles prize pool of all-time at $48,290 and counting. Lucky needed well over $5,000 in donations to secure his spot.

Lucky’s competitive standing took a hit last year. Rank No. 19 is the lowest he’s been since the summer of 2014. To make matters worse, he ended 2016 bedridden for the final two months, unable to practice due to a dislocated elbow and a broken knee. Able to move his arms and walk with the help of a cane, Lucky made his return at Genesis 4, where he placed ninth. He followed-up the win with a first-place finish at Smash Valley V, a one-day mini-major which included several top players.

“I’m always trying to prove I’m as good as I believe I am — which is not where I’m currently ranked on the Melee 100,” Lucky told Dot Esports.

As Lucky strung together solid victories, he looked to Summit as a platform to prove 2016 was just an off-year.

“I think I was at 14,000 votes and I knew there was no chance I was getting in,” Lucky told Dot Esports. “Realistically that was like $7,000 that people put into a website just to try get me to a tournament. If I don’t make it in, it’s like I’m letting down all those people.”

Votes for Summit are dished out to anyone that donates money or purchases items from the tournament’s Smash.GG page. Once acquired, a user can put their votes toward any player still in the running. Sixteen players are nominated for voting, and every day the two top players are locked in and the bottom two are eliminated. Lucky was down 10,000 votes, so it’d take somewhere around $5,000 in donations to catch up, never mind the thousands more to maintain the lead.

Lucky prepared his viewers for a post-elimination stream. There he’d shed some tears and listen to sad music, as he reflected on what could’ve been. Amid the chat’s chaos and disappointment, one of Lucky’s long-time viewers, known by his username Deikumi, responded.

“They’ll be no tears today,” the user said. Then Deikumi went silent.

Thirty seconds remained before the top two players were locked-in, and fellow Norwalk native Johnny “S2J” Kim held the top voting slot. Lucky trailed the closest confirmed spot by almost 7,000 votes. With 20 seconds left, Lucky was more invested in the fate of his buddy S2J. As he cheered for his pal, he was shocked to see his name shoot up 10,000 votes and into first place. When the voting finalized, Lucky and S2J were confirmed to Summit. It was all thanks to Deikumi.

“I was like ‘God Damn it, Deikumi. I love you, but why?’” Lucky told Dot Esports. “I felt so bad at first, and I was in shock. But then it was just like non-stop happiness. I legit had an hour-and-a-half talk with my sister about how blown away I was by the support, the love, the people tweeting at me non-stop, the people in my stream, people in Mango’s stream hoping I’d make it, and then this one guy showing that kind of support.”

While not every player gets into Smash Summit, Lucky and S2J capped off a stacked SoCal showing, which includes Joseph “Mango” Marquez, Weston “Westballz” Dennis, and Hugo “HugS” Gonzalez.

“We literally have our top five players,” Lucky said. “It’s insane. It’s super duper cool. I’m excited to see everyone there and rep with everyone else. Hopefully we can put SoCal back on the map, cause I think people are starting to sleep on SoCal at the moment. We’ll show them we still got it!”

Much like the SoCal crew, Lucky has a lot to prove this Summit. In the last year, he only made one premiere tournament top 8: a lone fourth place finish at Get On My Level. Since returning from his injuries, however, Lucky has a new sense of motivation.

“I was kind of just depressed for a clean two months before I could finally pick up a controller again,” Lucky said. “I immediately was just so excited to fly out again and play Melee. With no Melee for two months, that’s probably the longest I’ve ever gone not playing since I started playing the game.”

A bit rusty, Lucky bounced back from early losses in pools to slash his way through the losers side of top 64, all the way to ninth place. Although favored in all but his final match versus Juan “Hungrybox” DeBiedma, a God of the game, a ninth place finish was a refreshing return for Lucky.

A few weeks later, Lucky flew to State College, Pa. and won Smash Valley V without dropping a single set. Most importantly, he outplaced James “Duck” Ma and James “Swedish Delight” Liu, who are both in the top 15 of this year’s SSBM rank. In fact, neither even made it to Grand Finals. Instead, Lucky swept the finals against fellow SoCal native Michael “MikeHaze” Pulido.

With two successful showings and a spot in Smash Summit secured, Lucky’s comeback tour continues to unfold. For Lucky, Summit is the ultimate Smash experience, like the community’s take on pay-per-view. Lucky says he’s thankful for his friends, family and supporters that never gave up on him, even when himself couldn’t see things turning around. Most of all, he couldn’t have done it without the generosity of a twitch user named Deikumi.

“I don’t even know if he knows, if he realizes how much that means to me,” Lucky told Dot Esports. “Someone who grew up in not the best area, sometimes going through insane amounts of poverty. And then I see this and it’s straight-up love. It’s like, oh my God. This is so insane just to think that a videogame brought something like this into my life. Like the love and support from the fans, just straight-up fans. It’s crazy.”