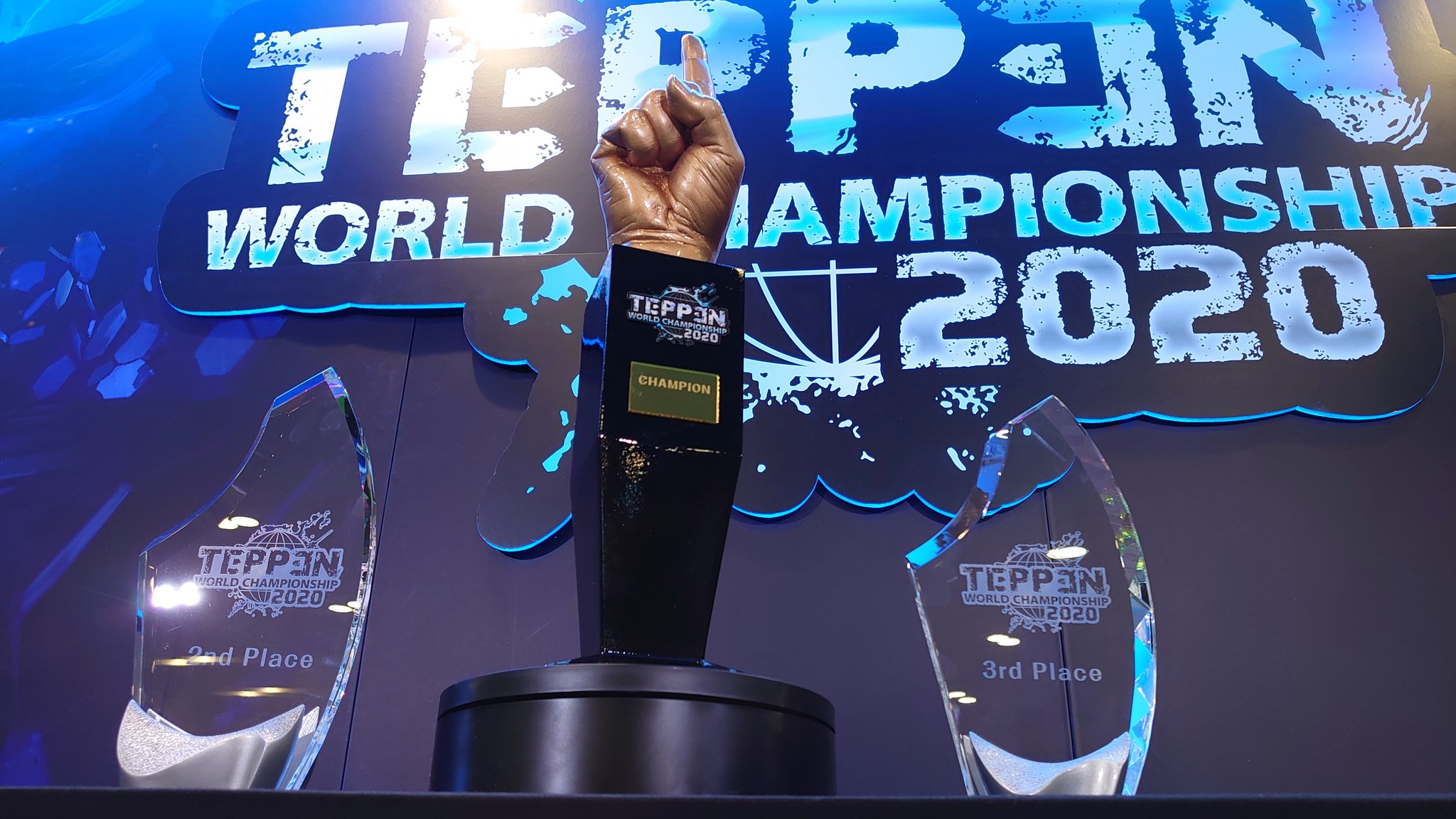 TEPPEN had a wild 2020 competitive circuit, resulting in the top-32 players who competed against each other for placement on the online leaderboards throughout the year battling it out in one last bracket at the 2020 World Championship this weekend.

The two players who made it to the finals were kuran, the player who finished third in the Tour Points Rankings, and tarakoman, the seventh-place finisher who was also the runner-up at the 2019 TEPPEN World Championship.

The battle was a long one, which kuran ended up winning 2-1 behind a combination of Wesker and Felyne decks over tarakoman’s Felyne and Zero builds. In the final match, kuran’s Felyne build dominated tarakoman for a 23-0 win with more than three minutes left on the clock.

For winning the event, kuran was awarded $9,600, a trophy shaped like GungHo Online CEO Kazuki Morishita’s hand, and the opportunity to design his own custom secret card for later release in the game.

Along with the world champion being crowned, GungHo also revealed the next hero joining the TEPPEN roster. This time, Oichi from Capcom’s Sengoku BASARA series will be added in the “The Battle of Amatsu no Kuni” expansion on Jan. 5.

The Demon Queen will be a new Black element hero with three dark mythical Hero Arts to go along with that classification as she wanders into battle.

GungHo also detailed some of its development plans for TEPPEN heading into 2021, including plans for more heroes later in the year, more single-player content, and new friend invite and deck gifting features. Rule changes will be implemented too, with Standard format meaning certain cards won’t be usable in Ranked Matches, while Unlimited allows all cards to be used.

More details about the new expansion, hero, and future tournaments will be shared in the coming weeks. If you want to learn more about the future of TEPPEN, you can watch the replay of the 2020 World Championship post-show on the official PlayTEPPEN Twitch channel.