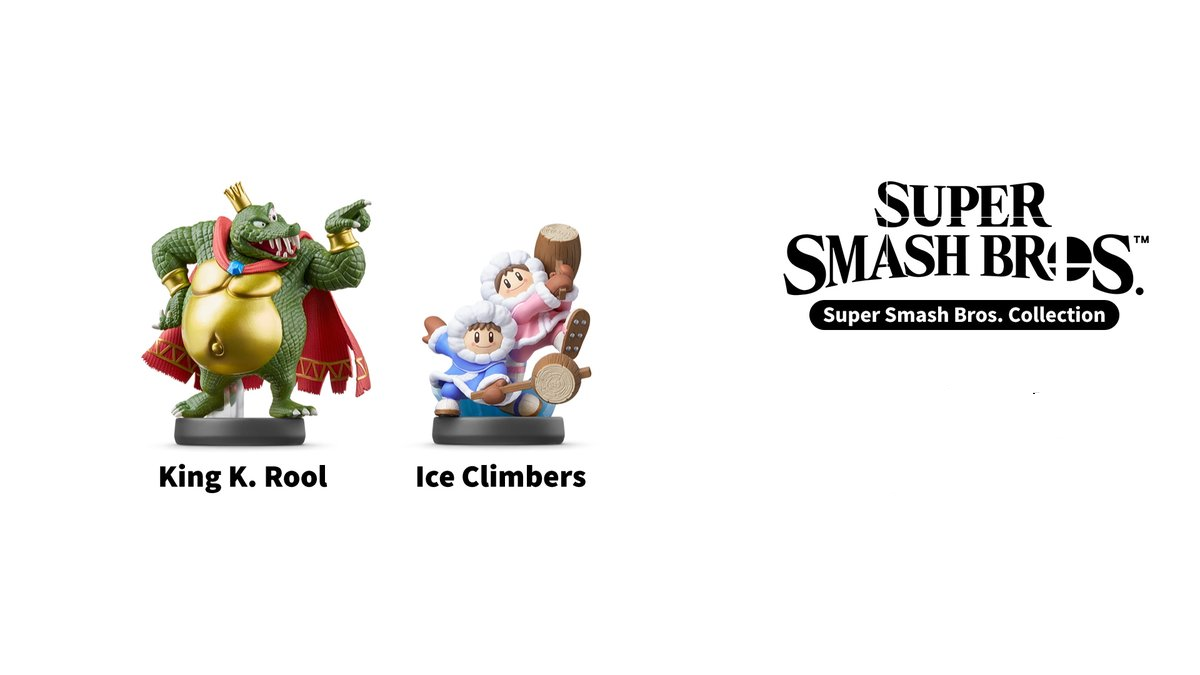 A total of eight new Super Smash Bros. Ultimate amiibo were revealed today as part of the new Nintendo Direct.

The news follows a stunning Direct which showed the final two fighters on the initial roster: Street Fighter’s Ken and Incineroar from the Pokémon series. It also revealed new modes, the upcoming story mode, and a new wave of DLC fighters coming sometime in 2019.

The amiibo that were unveiled today include King K. Rool, Ice Climbers, and Piranha Plant, which will release on Feb. 15, 2019. The Isabelle, Pichu, Ken, Young Link, and Daisy amiibo are set to be released later in 2019.

These eight figures will follow the release of the first batch of Super Smash Bros. Ultimate amiibo, including Ridley, Inkling Girl, and Wolf, coming when the game launches on Dec. 7.

Every character coming to the game will also eventually get their own amiibo, but these 11 figures are the only ones to be revealed so far.