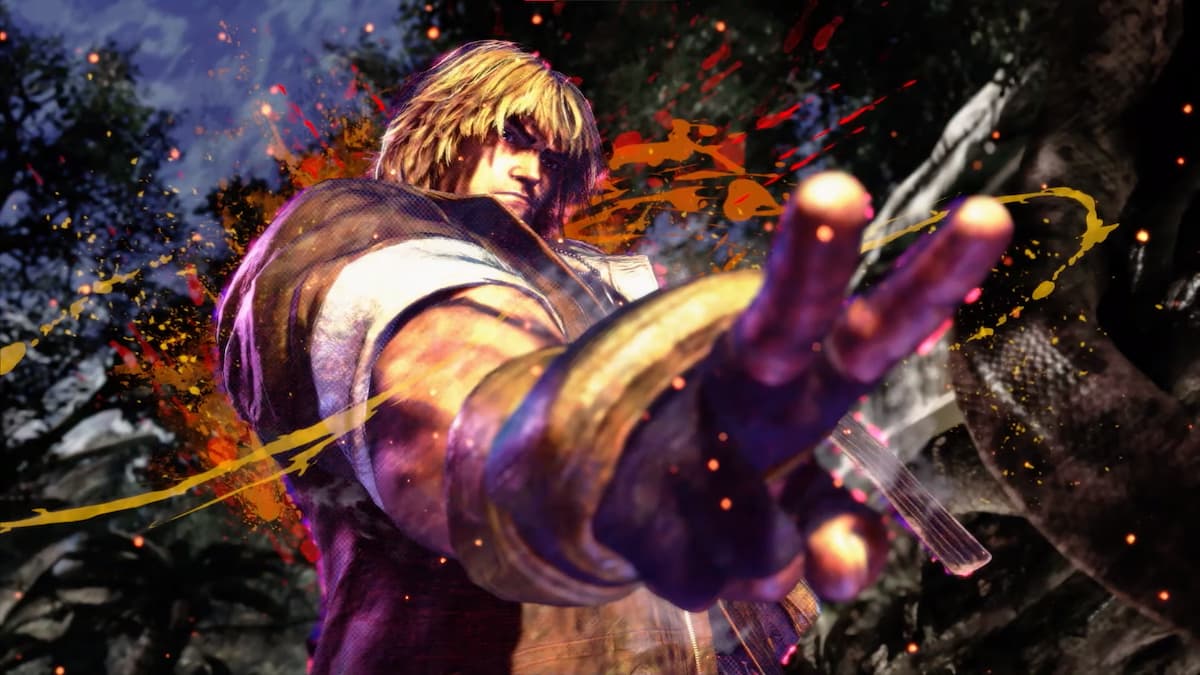 The last two days have been filled with nothing but Capcom leaning fully into the hype surrounding Street Fighter 6 and giving fans more information about characters, mechanics, modes, and even an upcoming closed beta. But most of that paled in comparison to finally getting the answer to just what is happening to everyone’s favorite pure-hearted-yet-arrogant family man, Ken Masters.

If you had been paying attention to the fighting game community (FGC) at all over the last four months, “Depressed and Divorced” Ken will have likely popped up on your screen at some point, showing a disheveled blonde looking like he hadn’t showered or slept in a bed in days.

That characterization wasn’t an accident, as character images for the majority of the SF6 roster leaked just a day after the game received its first trailer in June. And, among the redesigns for the various World Warriors, returning fighters, and newcomers, Ken looked like a stark contrast to any of his previous iterations.

Just on appearance alone, speculation began to bubble about why Ken would look so haggard in comparison to his usual arrogant, but good-natured self from the dozens of previous entries in the Street Fighter series. From visual comparisons to his SNK rival Terry Bogard in Garou: Mark of the Wolves, to fans memeing that he needed to master the Satsui no Hobo, Ken’s image was truly down bad.

So when alleged story details leaked that detailed him as a divorced father who was being called a “washed up” fighter, the community jumped on it. Fan art poured in, the community talked about how he would be a different character without some of his classic moves, and everyone felt that he might take his aggressiveness to the next level before a redemption of sorts is completed in the story.

Despite months of “she took the kids, Ryu” memes, fan theories, and further speculation—Capcom put them all to rest at Tokyo Game Show 2022 by showing off Ken and the rest of the game’s base roster to some degree in a giant info dump. That included character details for Ken that reveal he is not in fact dealing with a family fallout, but is instead an action movie hero in the making.

Oh, and Capcom confirmed that they are very aware of the memes, too.

According to his new bio on the Street Fighter 6 website, Ken still loves his family (and hates business meetings), but has been forced to abandon them and his company for their own safety. This is due to accusations of orchestrating a criminal plot causing him to go into hiding as what seems to be a construction worker for a global shipping company.

None of the leaks about his character were spot on, though there is still that family dynamic at its core, and it isn’t exactly a happy change. Just look at what they did to his Street Fighter III win pose and it says everything you need to know.

With Ken on the run and likely trying to find a way to clear his name, there is a good chance his best friend and rival Ryu will step in and help him out in the game’s story mode. Who knows, maybe that leaked portion about Luke being the one to help him out of this mess will actually end up coming true.

Either way, since players will create their own character and learn from the fighters as their students in SF6, Ken’s might end up being one of the more interesting segments of the World Tour. It could lead to detective work, beating up thugs, and helping the former US National Fighting Champ reclaim his good name once and for all.

The memes and comparisons to Terry Bogard likely won’t end anytime soon, but now there is room for deeper speculation. There were even some deep lore pulls for portions of those leaks surrounding his supposed continued chase after his best friend and rival Ryu as a fighter that still hold weight.

When losing against Menat in SFV, as pointed out by Event Hubs, she mentions “two bright stars in the sky, competing to see who burns the brightest,” but that one seems to be fading out. And Rose isn’t much better, questioning how brightly Ken will burn “when nighttime approaches,” likely referencing dark times in his future.

Since SFV takes place before SF6 in the timeline, this can still be taken as foreshadowing for the game’s story, though we will have to wait and see just how things go from here. But at least we know that Ken still fights for his family and a happy ending is on the table once all is said and done—just like every good action movie needs.