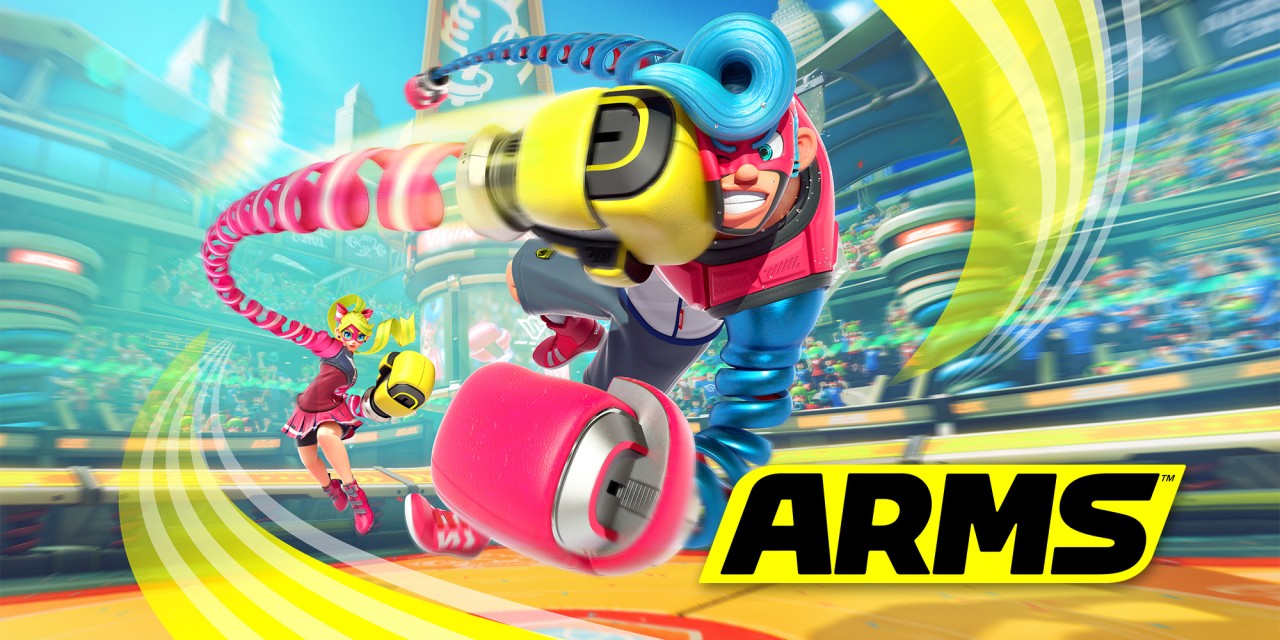 Have you ever looked back at your childhood, seen your old Stretch Armstrong toy and thought, “I wonder what he’d be like to play in a fighting game?” Well, soon you’ll have an answer. ARMS is here.

The game was first shown as part of the Nintendo Switch’s worldwide reveal in January. ARMS is one of Nintendo’s newest Intellectual properties. It may look like your typical Nintendo family friend party game but houses much more depth than first anticipated. At Insomnia 60, a tech and gaming festival held in Birmingham, UK from April 14 to 17. Nintendo’s James Bowden, a social and community manager, ran us through a hands-on demonstration and went into some of the technical details that go into the game.

In the game, you control one of a host of characters with stretchy arms that extend to hit your opponents.

Each character of ARMS is unique, giving each different playstyles, abilities and health. Some characters are designed to be balanced while others offer small niches that extend the gameplay and tactics from a modern day fighting game to something with more raw potential. Some can wave-dash, some can heal, and others have instant counter abilities to play around with.

The game has two control methods. Motion controls allow the player to move their controllers from side to side and up and down to move their character and then physically punch with the controller to do the same in-game. There is also the standard analogue controller style with actions and movements performed with standard button controls.

It has a similar feel to Street Fighter, with each character’s movements and separate abilities forming a different style of play.

Each fighter is given a default set of three different weapon types—gloves—to choose from. These gloves can be mixed-and-matched to create devastating combos by chaining their unique abilities. Some can be fired in an ark to hit a foe from behind, others can fire multiple punches in one attack or have an invisible projectile.

Each glove’s ability is based off of elemental energy; fire gloves, for instance, deal slow-burn damage and electric gloves can stun foes leading them open to being grabbed.

Players should not rely on using the same glove, however, as each glove has its own stamina bar that depletes the more it’s used and the more hits that it takes from an enemy. When the stamina bar is depleted, you cannot use that glove for a certain period of time.

The game allows players to mix and match fighters and weapons to make use of their combined abilities. For example, Master Mummy, a heavy-classed fighter, has the ability to heal as he blocks. By giving the fighter stun-based gloves with lightning elemental damage, the player could stun their foe and use the time between stuns to slowly heal up a portion of their health.

The potential is there for the game to have a competitive scene built around it, but there’s still not enough information out there to know for sure. The game is slated for release on June 16, and we’ll have to wait to hear more before knowing if this game can stand beside others in the FGC community.

Shoryuken recently conducted a poll, asking fans to decide what the final game will be at the company’s flagship event, Evo 2017, from a large pool of fighting games which included ARMS, even though the game hasn’t been released yet.

The game was fifth overall in the votes, beating Nidhogg, Super SFII Turbo, and Skullgirls. Ultimate Marvel vs. Capcom 3 was the winner in the voting and will now be part of the Evo lineup.