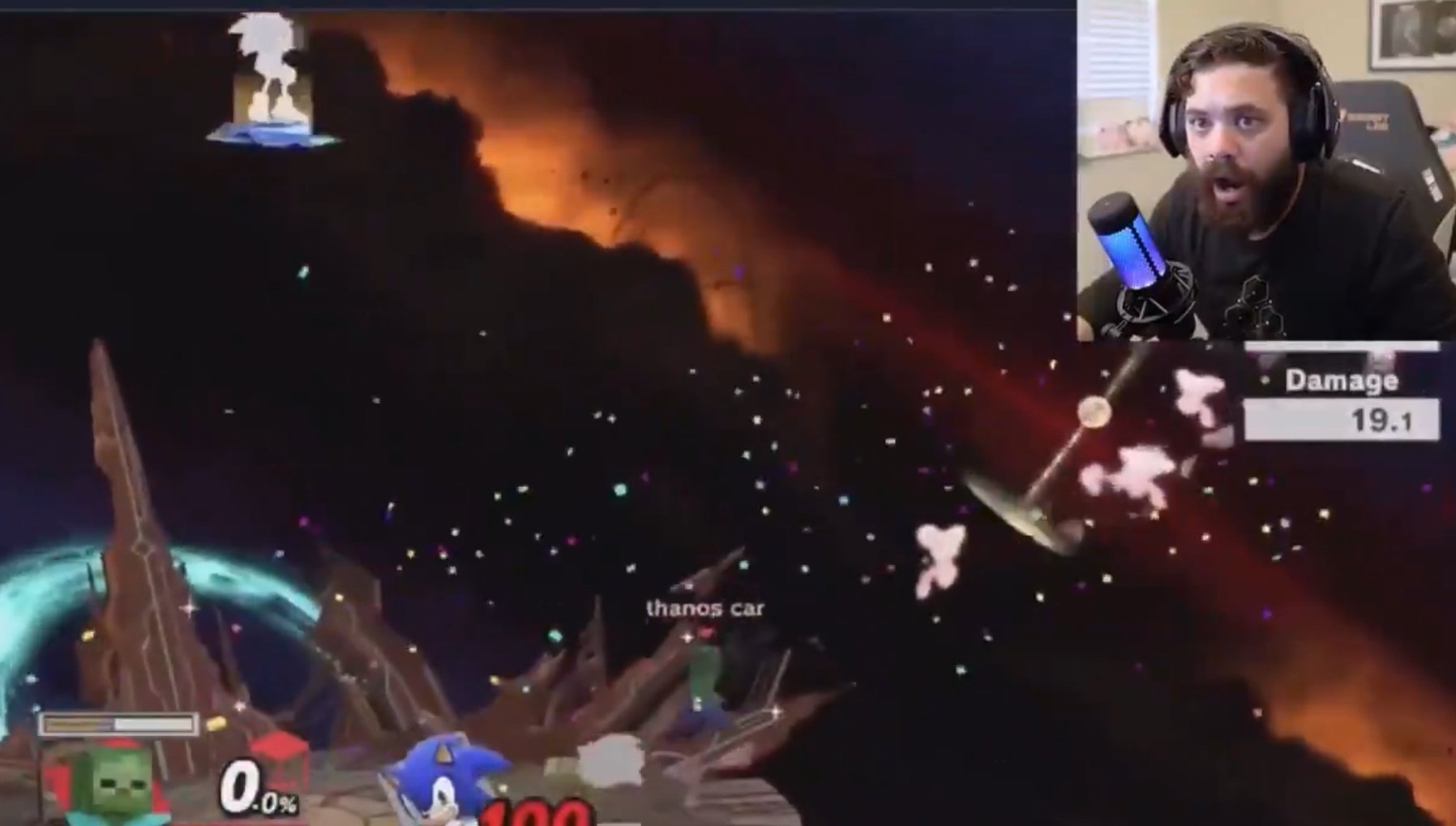 Since he was first shown off by Super Smash Bros. Ultimate series creator Masahiro Sakurai, Minecraft Steve showed a lot of potential to pull off extremely flashy combos in the fighting game.

Since the character dropped on Oct. 13, players have been labbing his moves and trying to see just how good Steve might be on a competitive level, which has also led to some clips showcasing some wild, if impractical options.

Juan “Hungrybox” Debiedma is one of the best Smash Melee players in the world. But during the COVID-19 pandemic, he has become one of, if not the largest Ultimate streamer on Twitch. And his reactions to some of Steve’s early combos has been a highlight of not only his streams but Smash content in general.

One of these combos has been labeled the “Thanos Car” after its creator and has Steve getting his opponent off-stage and placing two blocks, one right at the edge of the stage and the other a few steps away from the first.

What follows is Steve’s Side Special Minecart going from zero to 60 in about two seconds before completely destroying the recovering opponent.

This is done through the Minecart decaying each of the blocks as it bounced back and forth, gaining speed and then shooting out from where the first block was placed since it would be destroyed first. The impact has the potential to kill at high percentages, but it is unlikely to do much at lower damage.

There is also a second clip, showing that you can easily jump out of the Minecart attack if your opponent jumps, allowing you to land a follow-up attack as a secondary option to cover their other recovery angles.

Steve’s block placement has proven to be a great combo piece and will likely lead to even better clips as more tech is worked on for the newest fighter.