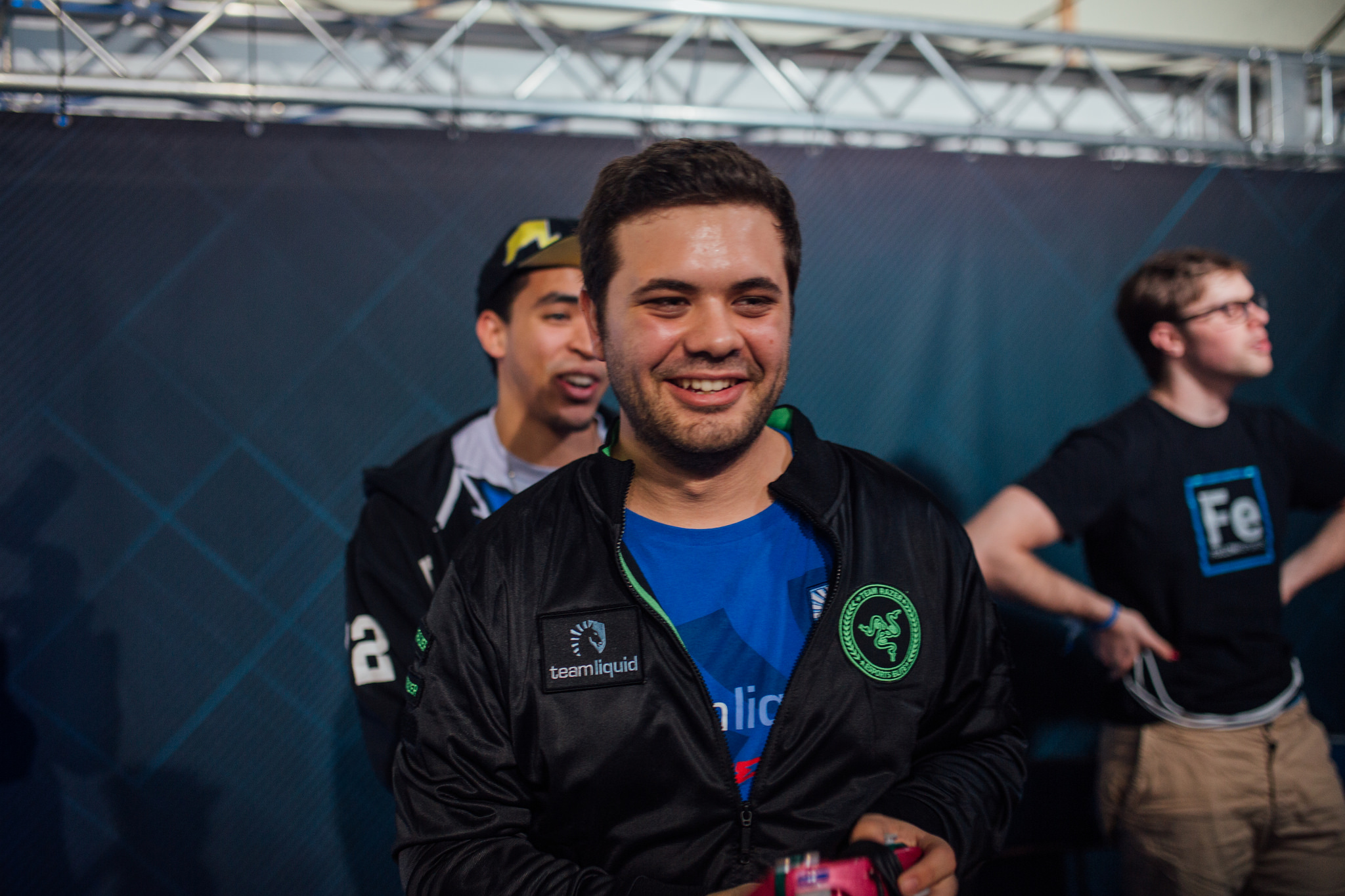 Juan “Hungrybox” Debiedma’s run to a third-place finish in the Super Smash Bros. Melee finals at Evo 2017 was on everybody’s mind, but for all the wrong reasons.

Hungrybox qualified for the Melee tournament’s top eight finals after receiving prohibited mid-set coaching in a critical match on Saturday night. Hungrybox went on to finish third in the tournament behind Joseph “Mang0” Marquez and eventual champion Adam “Armada” Lindgren.

The controversy took place during Hungrybox’s top 16 match against Zachary “SFAT” Cordoni. After Hungrybox won a tense first game, his coach, Luis “Crunch” Rosias, ran onto the stage to give him advice. SFAT turned to the broadcast camera, pointed at his watch, and counted down from 10 on his fingers.

After SFAT scored a three-stock victory in the second game, Gordon “G$” Connell ran onto the stage and pantomimed coaching advice to SFAT to poke fun at Crunch’s actions. Hungrybox had the last laugh, however, as he pulled out another down-to-the-wire win to take the set 2-1.

The problem: The Evo ruleset bans coaching in all matches beyond pool play. Despite the commentators mentioning that coaching was banned while Crunch was on stage, neither SFAT nor tournament judges called a violation during the match. Had the violation been called, Hungrybox would have almost certainly been forced to forfeit the match. Instead, the result stood.

Hungrybox went on to finish the event in third place, while SFAT bowed out in seventh.

Evo head organizer, Joey Cuellar, took to Twitter to explain the ruling, but his tweets only served to add to the confusion.

Approximately 30 minutes after the match in question, Cuellar tweeted that Hungrybox had been issued a “yellow card” for the coaching rule violation. Yellow cards at Evo do not automatically have a punishment attached to them, but the ruleset states that they are “almost always […] accompanied by match forfeiture.”

G$’s “coaching” of SFAT also violated the rules, according to Cuellar, which was why no forfeiture was issued to either player.

Crunch, who was signed by Liquid to coach Hungrybox just before Evo 2016, stated that he was told that coaching was only prohibited in the top eight. But he didn’t state who gave him that information.

“It’s definitely my responsibility to read the official ruleset for every event and not just take people’s word,” Crunch said.

For his part, SFAT also said on Twitter that he was unaware of the coaching rule.

The match marked the second time that Crunch coached Hungrybox during an on-stream match at the event. The first instance came in Hungrybox’s match against Colin “Colbol” Green during the second round of pool play. Evo’s coaching rule doesn’t differentiate between first-round and second-round pools.