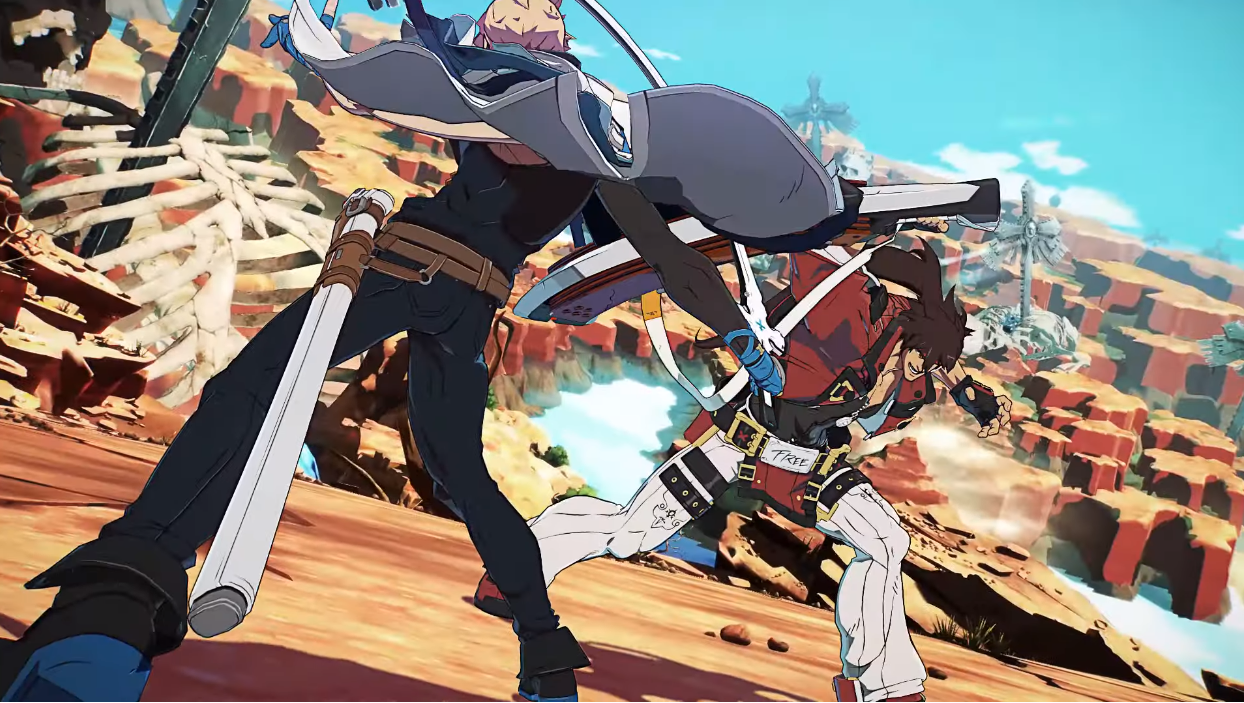 The game designates its characters accordingly by way of “battle types”—categories that each character falls into depending on the way they’re played. Each character on the game’s roster is incredibly unique, with each of them relying on a different, significant approach to stand out from the rest of the pack.

Characters that fall under the “Balance” category can be best described as having a little bit of everything. Each of these characters has moderate speed and HP, while their combo-game is relatively standard. In certain cases, some of these characters could fall under other umbrellas. For example, May’s combo-heavy playstyle and aggressive nature could allow her to be categorized by some as a “High Speed” character. But with the fact that these five characters can bring strong damage, mixups, and tankiness to the table, they each fall under the “Balance” umbrella.

Trying to get in against Axl Low is near-impossible. You’ll need to have a supreme understanding of timing and windows to get attacks off against the character. If you’re playing as him, you should always be utilizing your extended-range inputs to force your opponent to keep their distance. While Axl has tools for fighting in close-combat situations, he’s at his strongest at longer ranges.

There’s plenty of characters in Guilty Gear: Strive that could easily be played at a “High Speed” threshold, but Chipp and Millia are the only two characters to fall into the category by the game’s standards. These characters are normally played with an emphasis on combo-stringing, as their fast-paced gameplay demands many inputs in succession to make the most of your attack window.

Potemkin’s designation as a “Power Throw” character alludes to his signature ability to launch himself into the sky while carrying an enemy player and smashing them down, dealing half of their HP in the process. If anything, Potemkin’s ability to input four moves and erase his target’s entire heath bar makes him a force to reckoned with, although his huge hurtbox and incredibly slow speed definitely balance out his offensive throughput.

Faust is the only character to fall under the “Unique” tree. His playstyle is largely different from any other character in the game. Although Faust has a strong emphasis on mobility and mix-ups, his large size puts him in a category all by himself.

The “Technical” category feels like a bit of a false promise considering literally every character in Guilty Gear: Strive is technically to some degree. But no character is more deserving of the “Technical” tag than Zato-1. With an emphasis on micro-maging his inputs, Zato’s strength comes from his ability to effectively play a game of zone control, while still being able to capitalize on an opening if there is one.

Putting Ramlethal in the “Shooting” category and Axl Low in the “Long Range” category feels incredibly redundant considering Ramlethal could have easily joined Axl under the Long Range umbrella. Still, Ramlethal’s guns make her stand out on her own as a “shooter,” and her immense damage that she deals with them make her quite the power-hitter.

Nagoriyuki is huge, slow, and doesn’t have too much of a combo game. But his ability to find an opening and quite literally slice open anything standing in his way with a handful of inputs is a clear-cut reason to classify him as a “One Shot” character. Other characters such as Potemkin could easily fall into the category as well, but no one on the Guilty Gear: Strive roster is able to pull off a true “One Shot” combo with as much flash and intrigue as Nagoriyuki.

Giovanna and I-No are classified as “Rush” characters thanks to their ability to stay in your face and consistently deal damage. There is no such thing as an off switch when it comes to these characters, as they have ample ways to jump in the opposing player’s face and mix up their combos. I-No in particular, with her built in flying mechanic, is a strong choice for players who are looking for a fast-paced character that can jump into the fray and very easily string a ton of moves together for quick bursts of damage.