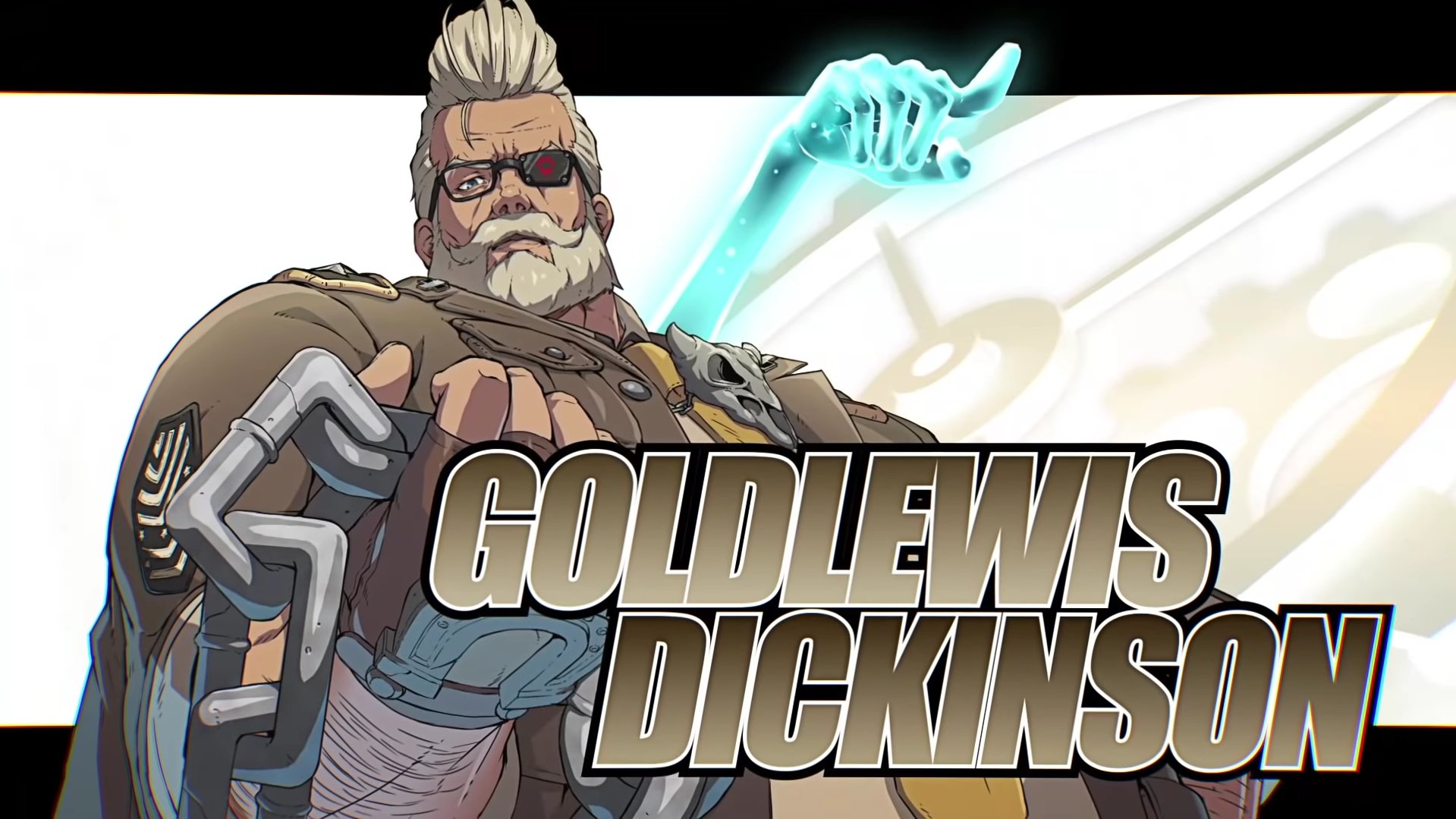 ArcSystemWorks is kicking off Guilty Gear Strive’s first wave of DLC in a big way, announcing series newcomer Goldlewis Dickinson will be joining the roster.

Goldlewis was introduced as a supporting character in GGST’s story, and will now be the first DLC fighter added to the game as part of Season Pass One. He will release on July 27 for Season Pass holders, and July 30 as individual DLC.

The right hand of president Colin Vernon has several secrets up his sleeves, including a massive minigun and a large coffin labeled “Area 51.” Obviously, the government agent denies any aliens are actually inside the coffin, but his moveset and some animation beg to differ.

Playing as a rather heavy character, Goldlewis uses his various weaponry, including the coffin, to slam his opponents with damage. Many of his moves have long windups, which will likely leave him wide open for four counters if you can avoid one of his bigger attacks… except for the one where he calls down a giant ladder from a satellite.

Along with Goldlewis’ reveal, ArcSys has also detailed its roadmap for Season Pass One. The next character will be revealed and likely released in August, potentially to coincide with the Evo Online 2021 event for GGST. One other character is also scheduled to be revealed and released in 2021, though that fighter doesn’t have a timeframe outside of later this year.

After that, the remaining two Season Pass 1 characters will be released in 2022, with both having additional content attached to their slot. The fourth fighter will also be released with an additional stage, while the final DLC character for the season will have a stage and DLC story content.