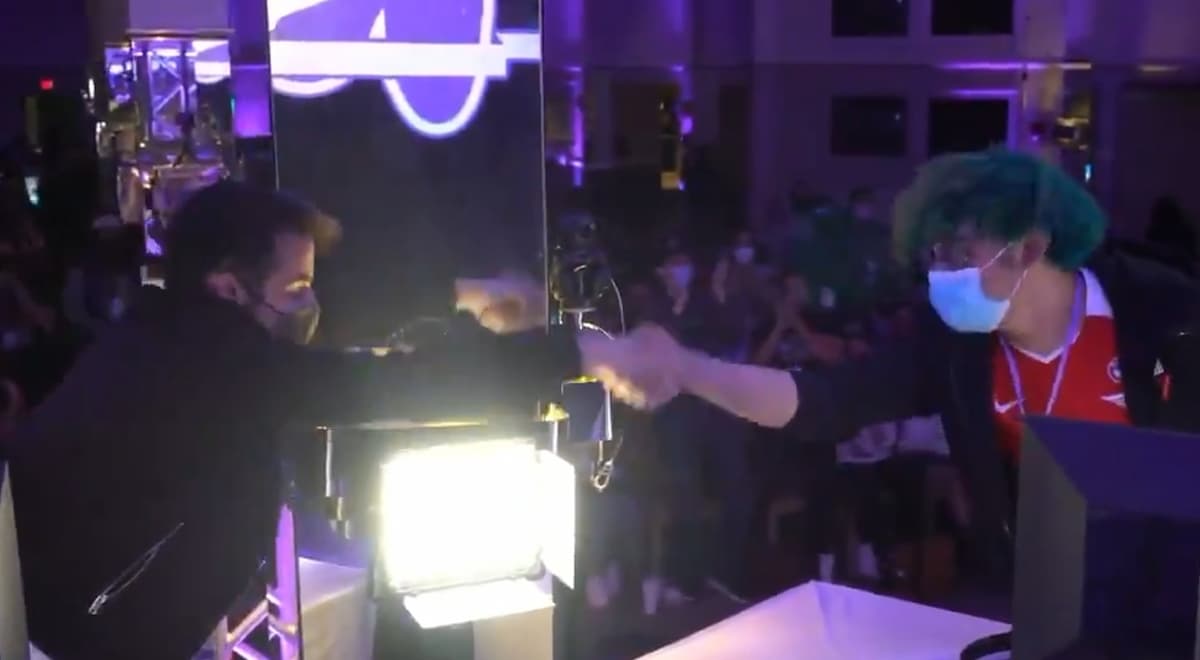 Every time he makes his way over to compete in the United States, Glutonny puts on a show. And after nearly climbing the mountain at Genesis 8, Gluto made history twice after defeating MkLeo and winning Pound 2022.

With this win, Gluto not only got revenge for his defeat at the hands of Leo in Genesis 8’s grand finals but also became the first European player to win an event classified as a Premier and a Major outside of Europe in Super Smash Bros. Ultimate.

During his run, Gluto beat out both Sonix and Dabuz to reach the top eight, which is where he first clashed with his long-time rival and doubles partner. Unlike his previous meeting with Leo, however, Gluto’s Wario was able to clutch out a 3-1 win thanks to some incredible movement that led to a reset into Waft, closing out the set.

During his winner’s finals matchup against Light, Gluto was unable to close out the set after winning the first two games, letting the Fox player build momentum and even the series at 2-2. The final game came down to a fairly even last stock, where Gluto barely lived at high percentage after missing a set-winning Waft, instead somehow winning off a Dash Attack that killed Light off the top of the stage.

Leo would go on to set up a rematch in the grand finals after beating both Riddles and Light 3-1 following his drop into the lower bracket. And, in that final meeting, Leo looked utterly dominant after losing the first game.

While Gluto did take game one, Leo went on to destroy the Wario-main in the next three games, winning each with at least two stocks remaining. That forced a bracket reset, where Leo would return the favor and win game one, though Gluto fought back into the set immediately after, even defeating the dreaded game-four MkLeo to force a fifth and final game for the title.

In the final minutes of the event, Gluto was able to take two of Leo’s stocks while on his own final stock, sealing the deal with his bread and butter Up Air into Waft.