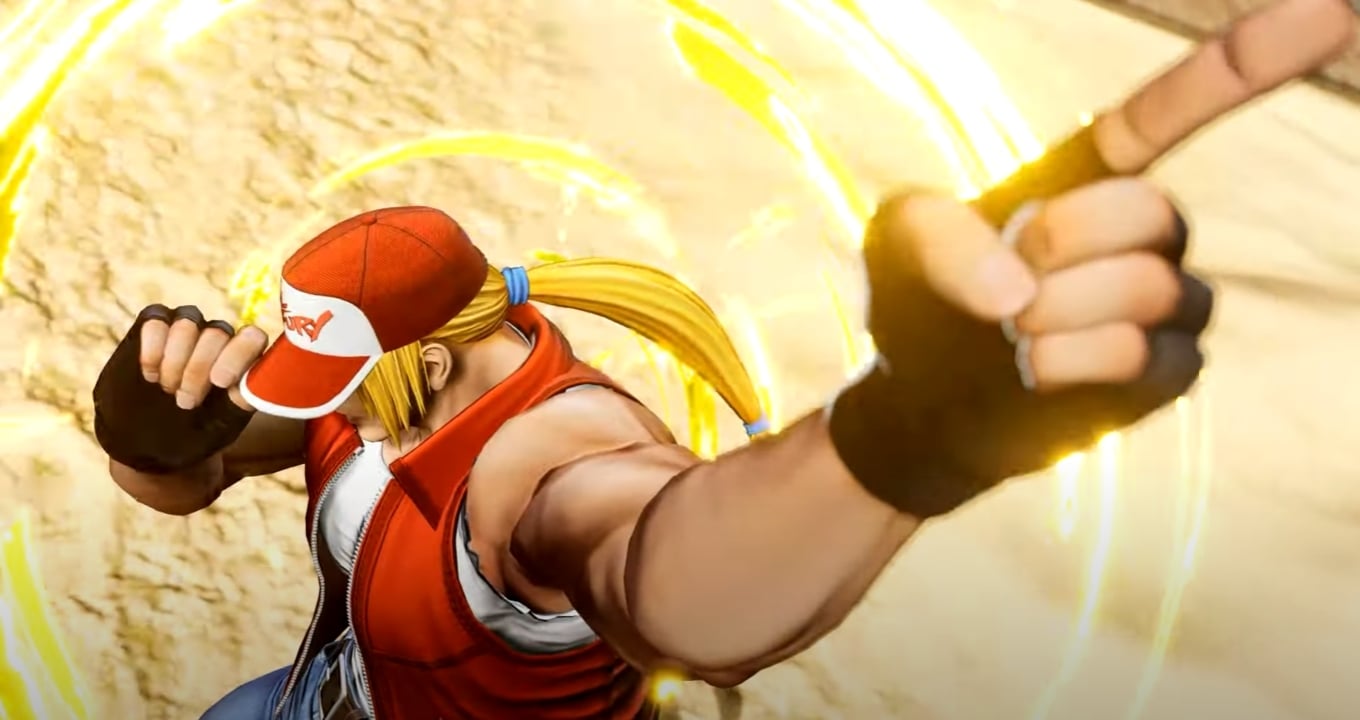 There are few people that know their games better than the people helping direct development, which is where SNK producer and fighting game legend Yasuyuki Oda brings a distinct quality to the revitalized production at SNK as the company enters into what it hopes is a new golden age for its classic franchises.

At Evo 2022, SNK announced several older games would be receiving updates, such as 2019’s Samurai Shodown getting rollback netcode in 2023, along with a new season of DLC content for King of Fighters XV following the release of a Team Samurai crossover later this year.

Oh, and the company announced that a likely sequel to 1999’s Garou: Mark of the Wolves was green-lit, so it isn’t pulling any punches.

But beyond that, KoF XV is truly a return to form for SNK after years of being sidelined in the fighting game community (FGC) to an extent over the last several years. That is largely due to the work of Oda and his team in making a version of the game that looks and feels like a modern game.

Oda worked at SNK during its original golden years back in the 1990s on titles like Fatal Fury Special and a planner on Garou, but he is best known for designing the battle system for Street Fighter IV while at Dimps and working on Street Fighter X Tekken as a designer before returning to SNK to direct KoF XIV.

That would be the company’s first step in bringing itself back to the forefront of the FGC, and at Evo 2022, Oda spoke to Dot Esports about his history in fighting games, KoF’s return to the Evo main stage, and working to bring Terry Bogard to Super Smash Bros. Ultimate—with additional commentary from KoF XV director Kaito Soranaka too.

Q: How excited are you and the team to see King of Fighters back at Evo and being played by so many people after originally announcing the latest game back at Evo 2019?

Oda: It is very exciting. As you and fans know, we had to delay development for a number of reasons after announcing King of Fighters XV in 2019 at the last Evo event. So after going through all of that, it is almost a feeling of ease now we are finally over the finish line.

That gives us a chance to settle down, because things have settled down, and enjoy things like Evo being back. We are just excited about all of the competitions and thankful that our community and fans continue to come out and support us, which makes everything we do possible.

There are so many different things, and every aspect of development can change depending on different situations. For example, working for and with Capcom and Bandai Namco on their titles, that was for an entirely different generation of consoles—making things mostly for the PlayStation 3. So it had its own challenges and such that we had to deal with.

One thing I can say now is that it’s a lot more fun now, being back [at SNK] and being able to do what you want on the projects.

A lot of fans will recognize your work from Street Fighter IV and its various iterations, as both the battle designer and other roles. What was your favorite part about working on that game?

Even before, when I was SNK originally, I was a huge Street Fighter fan. And back then, and to this day, there is a tremendous amount of respect between Capcom and SNK. But being able to create and work with my favorite characters like Ryu and Ken, that got me excited—my favorite character is Sagat though.

In a previous interview from 2019, you said Leona and Kyo are your favorite characters from the series. Is that still true or has something changed?

Soranaka: One of my favorites is Shun’ei’, and the new characters around him, as he is newer and we had a lot of input and did a lot of work [in KoF XIV] to make him unique for the series.

Back to your past development Oda-san, how was it working on Street Fighter X Tekken? When you got the news you would be helping design a game featuring two iconic series, how did you feel?

Oda: I think the biggest thing at the time and even now is that there are a lot of differences between the FGC communities, even just between different series. So being able to interact with them and hear the feedback, though a lot of it was complaints about various things, it was very fun for me to see the different communities from around the world interact and comment on a single title like that.

You are renowned as a developer for being among the first to implement mechanics that allowed players to cancel out of Super moves. How does it feel seeing something that you helped sort of revolutionize become a staple of so many different franchises over the years?

It is interesting because there are a lot more cases where new systems and the like are added and not really improved upon, especially in modern games, I would say. So when you ask about things I have left over the years, there are plenty of examples of failures as well where we tried to hard with certain titles or to change things too much.

But the thing is, most people only remember the good I have left behind during my time, so for that, I am just thankful [laughs].

When you came back to SNK, you immediately jumped into a big role on KoF 14 and were a producer for both Samurai Shodown and SNK Heroines. How has it been leading so many projects for the company you originally started at so long ago?

How excited are you for players to go back and revisit Samurai Shodown with the new online update for the netcode?

Soranaka: We are getting into a bit of the business side of things here, but nowadays, especially with digital sales and stuff, there are a lot longer tails with projects and it is very shortsighted to cut things off too early.

So when we ad rollback and such to our retro titles like King of Fighters 2002 Unlimited Match or King of Fighters ’98 Ultimate Match, or even bringing it to a more recent game such as Samurai Shodown, it is because we just want people to keep playing the games that they like. Doing that as much as possible and making sure the community keeps growing, that is how we can continue to create new fans for the products and IP.

Oda-san, you were the supervisor for crafting Terry Bogard as DLC for Super Smash Bros. Ultimate alongside Sakurai-san and his team. What was that experience like, if you can share a little insight for curious fans.

Oda: Honestly, I even thought amongst the younger audience that more people would know [Terry] at least a little bit. The reactions from people saying things like “who is this guy?” really surprised me because I expected a little bit more notoriety [laughs].

If you could say one thing to all of the KoF, or SNK players, out there right now competing at Evo and other tournaments or just playing at home, what would it be?

Honestly, we are just really excited to see the competition at Evo and beyond. We just want the players to continue playing and leveling up their skills. Especially nowadays it’s a little bit rare to have international competitions like these, but people from all over the world continue to show up and compete.

It is my hope everyone knows how important it is for everyone to just go beyond these country origins or dividers like that and just have fun and level up the entire FGC as a community.