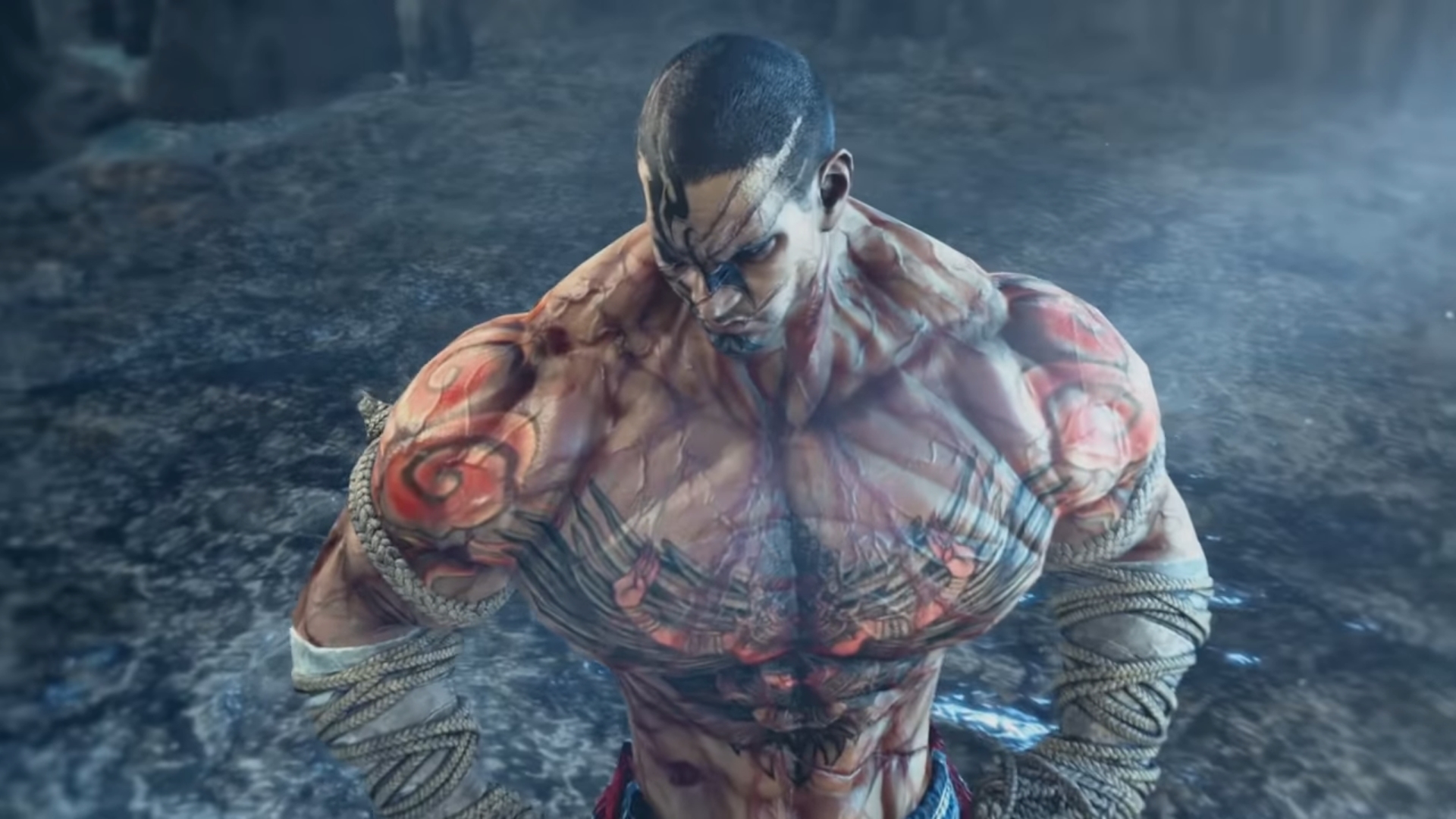 The Microsoft store may have leaked the upcoming DLC characters for Tekken 7 ahead of their reveal at the TEKKEN World Tour Finals 2019, but that didn’t kill the hype of seeing the new Thailand stage and a new original character being shown on stage today.

Fahkumram will be the final character joining the roster through season three’s DLC, which concludes in the spring.

The Muay Thai champion was lowered from a helicopter and released from a very elaborate cage to fight Craig Marduk in the middle of the new stage. All fans know aside from his preferred fighting style is that he is fighting for his family’s freedom.

There are some Tekken fans that are a little confused about the choice to exclude Bruce Irvin, another well known Muay Thai fighter already in the game’s universe. But Tekken 7 has been a hotbed for new characters coming in. Fahkumram looks like he takes a lot of what made Bruce cool and adds in his own flare that should make him a very unique character on this roster.

Fahkumram will join the roster in the spring alongside the new Thailand-based stage, which got a lot of people in the crowd hyped seeing their home country represented in-game.