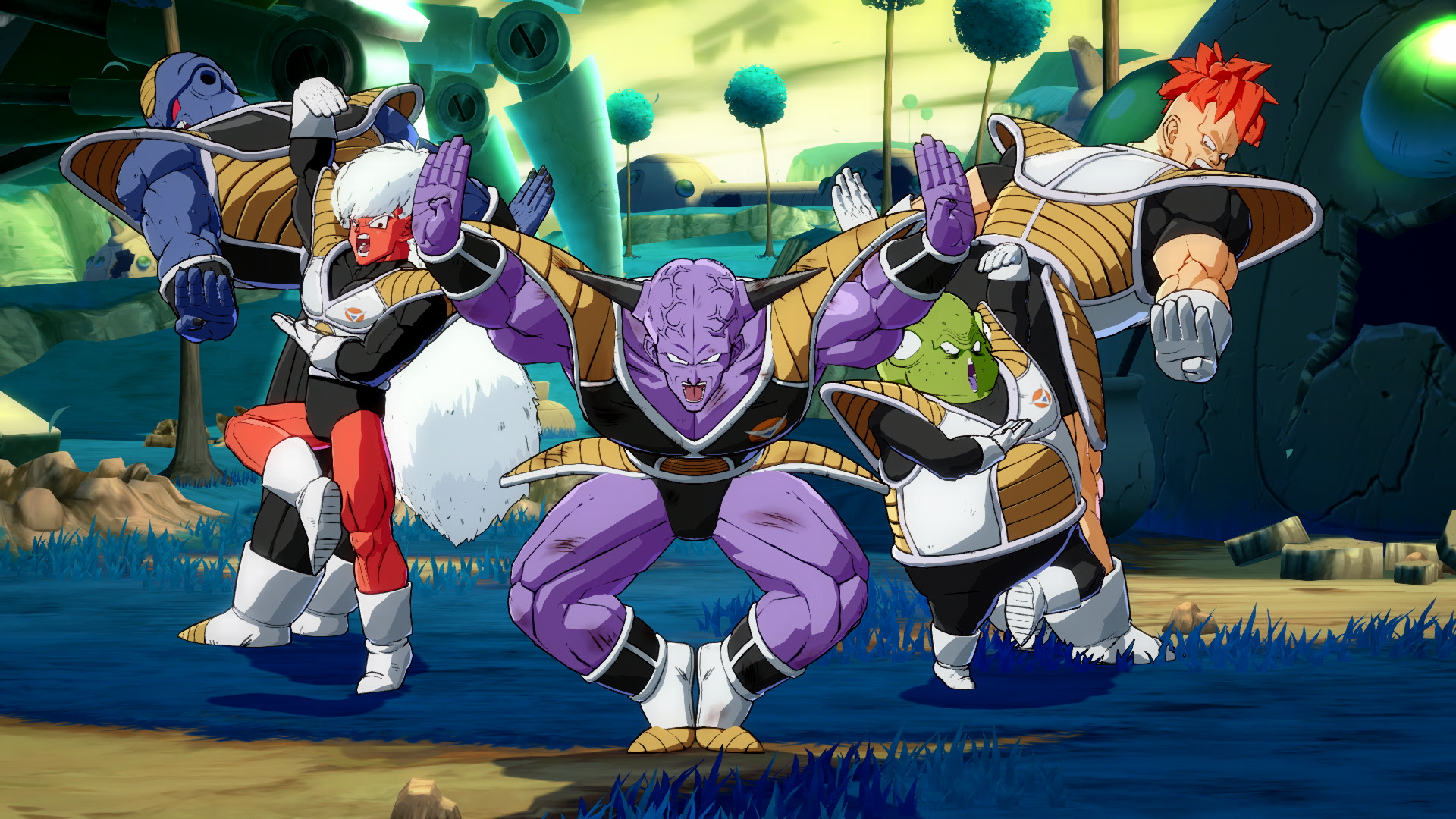 Bandai Namco has announced that Dragon Ball FighterZ will launch worldwide on Jan. 26 next year for PlayStation 4 and Xbox One, as well as revealing two new playable characters.

Nappa, Vegeta’s former partner, and Captain Ginyu—with the Ginyu Force acting as support characters to aid him—will be playable in the fighting game based off of Akira Toriyama’s famous manga series.

Both these characters join the heavyweight class in-game, making them slow but powerful fighters that can tank more hits than usual. The two characters also come with support abilities that they can bring in at any time to turn the tide of battle.

Ginyu is primed to be one of the game’s most unique characters due to his ability to swap bodies with an opposing fighter. Not much is currently known about the feature, but could be crucial in tense fights.

A season pass will launch simultaneously on the day of release, giving players a chance to get eight additional fighters, alternative colors, and online avatars over the course of the game’s life. The characters that players will get have not be confirmed as of yet.