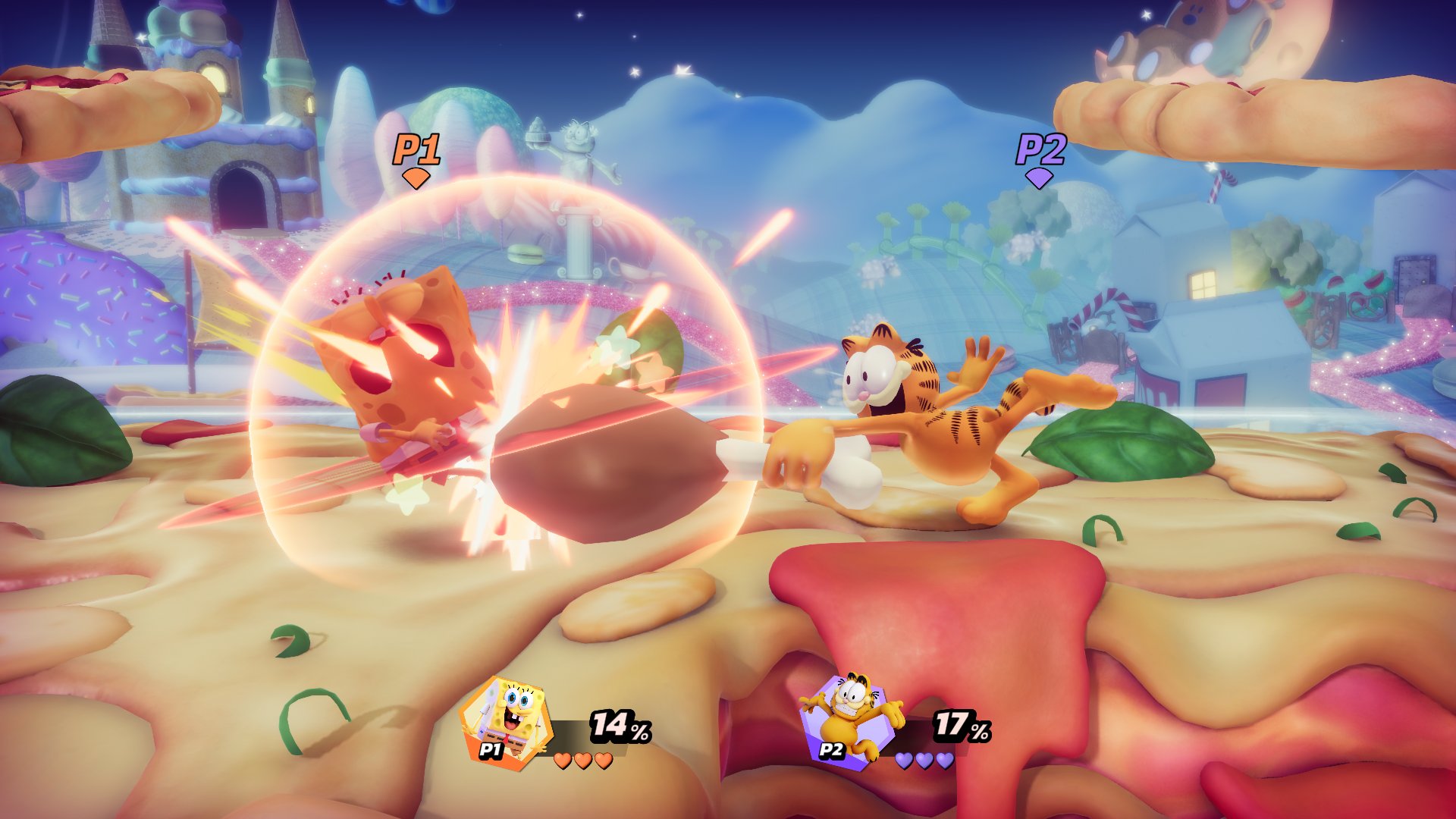 During the top eight of Hungrybox’s The Box Championship Circuit: Invitational Finale,some of the developers for Nickelodeon All-Star Brawl hopped on the stream to talk about some content and features that are being worked on for the game.

The event itself was powered by the NASB publisher, GameMill Entertainment, with English VTuber Lilybunn taking home the $1,500 grand prize with a 5-1 overall record.

Following the competition, the NASB team confirmed the next DLC character is going to be released “fairly soon.” This will be the follow-up to Garfield, who was added to the game on Dec. 9 as the game’s first DLC fighter, and will round out the first stage of planned DLC.

Now that the game is out, Ludosity has also confirmed that more characters and stages are now in the works. More news about these additional fighters, along with how they will be released, is going to be announced sometime in 2022.

Additionally, it has been confirmed that crossplay will be added to the game in Q1 2022 for all platforms, including Nintendo Switch, which likely means updates should start dropping universally for all platforms.

The dev team wanted to ensure that the game’s online netcode was stable and performing well before implementing crossplay, but after being on the market for two months, they feel now is a good time to finalize the rollout.

And while the devs wouldn’t confirm it outright, they have teased that voice acting will be added to NASB at some point in 2022.

So for 2022, players can look forward to a new DLC character coming soon, crossplay in Q1, voice acting, more DLC fighters and stages, and other surprises that the developers are keeping under wraps until a later date.