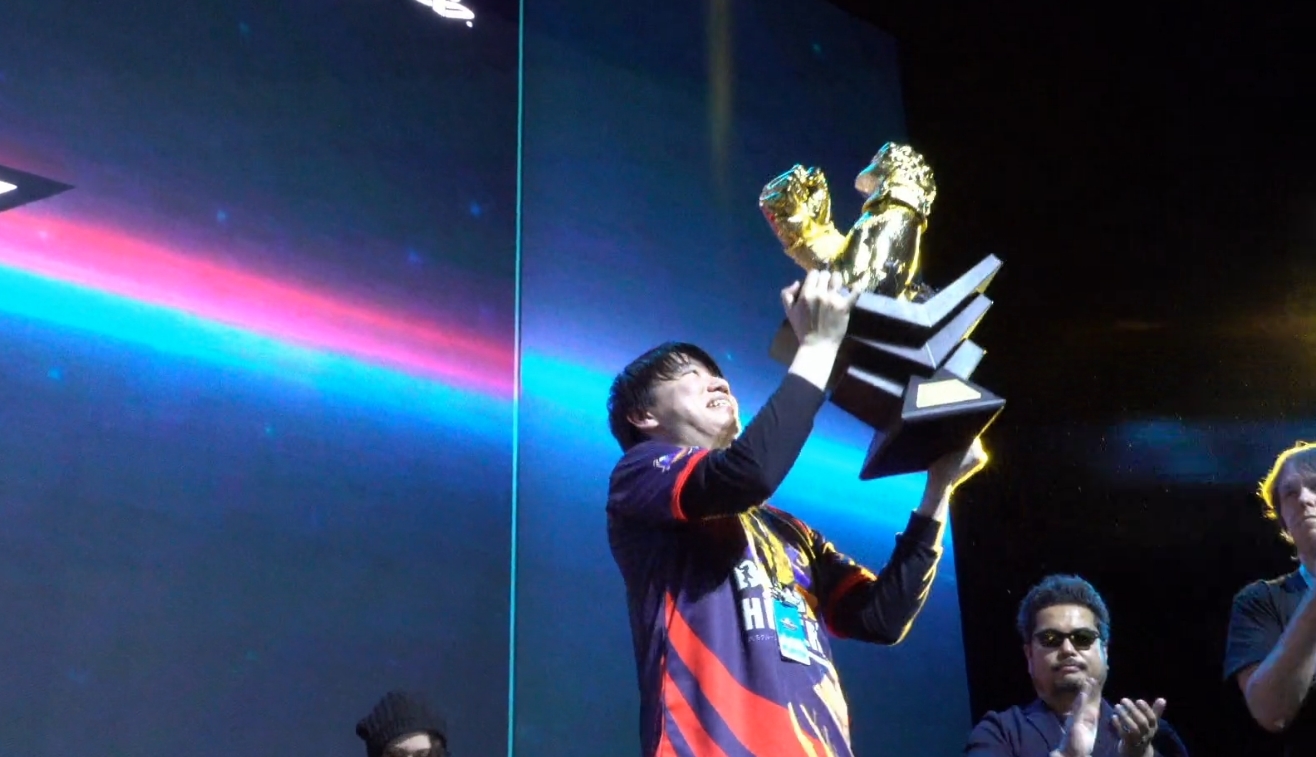 Yuta “Chikurin” Take utterly dominated one of the most stacked Tekken 7 tournaments in history to win the 2019 TEKKEN World Tour in Bangkok today.

Going into the event, Chikurin wasn’t one of the heavy favorites. But following a strong 3-1 performance in the group stage, that narrative started to change.

Once he made it into the top eight, he faced Shoji “Double” Takakubo, arguably the best Marshall Law player in the world, and the two had an incredible showdown. It was the closest anyone came to taking down Chikurin on the final day. The pair battled to a 2-1 finish where his Geese Howard barely pulled out a final-round win.

The win against Double put him up against one of the greatest Tekken players ever and tournament favorite, Bae “Knee” Jae-Min in the winner’s finals.

In a battle of Geese and Steve Fox, Chikurin showed that he was well prepared for the matchup at hand. All three rounds were close, but there wasn’t a single moment that the Japanese player didn’t look composed and ready to take a win.

Both players played well, but Chikurin’s Geese really showed out in the third series, leading to an insane 3-0 sweep to punch his ticket into the grand finals. Knee would fall into the losers bracket and face off against Soo-hoon “UlsanGoDing” Lim, who had just swept the last American, Hoa “Anakin” Luu out of the event.

Knee swapped over to his secondary Paul to face off against Ulsan’s top tier Kazumi, but the change seemed to backfire. Ulsan took the first two rounds in convincing 2-1 fashion. That led to Knee switching back to Steve for the elimination round, but it wasn’t enough to overcome Ulsan’s dominant run.

But just like Knee, Chikurin was waiting for Ulsan’s Kazumi with a character swap, but in this case, it actually worked to perfection.

Instead of going Geese like he had all tournament, Chikurin swapped over to Akuma, arguably the most dominant character in the Tekken 7 meta throughout 2019. That switch had the commentators and fans both confused, yet excited as the two top players put on an epic show.

Every single round went to a deciding match, but it always looked like Chikurin was prepared with an option that he could toss out to seal a game when necessary. A standing 4+3 combo was usually his go-to move and it worked a majority of the time, just like Ulsan’s low parry combo was usually able to bring good results.

In game three of the third round, Chikurin was up 2-0 and had no fear. A Power Crush led to a perfect pressure situation for Akuma and he ran up the damage on Ulsan, patiently waiting for an opportunity to close things out for another 3-0 win.

Chikurin was practicing Akuma when the two played together before the event, but only because he wanted to use it against Ulsan, according to Kato “Yuu” Yuji.

“When Chikurin came over to practice (before the Finals) he grinded Akuma,” Yuu said. “When asked, he said ‘I plan to use him against Ulsan. I won’t use him against anyone else.’”

This win was his first since Summer Jam 13 back in June, but helps Chikurin close out the 2019 Tekken season on a high note as arguably the best player in the world.

When the competitive circuit for Tekken 7 starts back up in 2020, we will have two new characters and a new patch already active, so be ready for that.