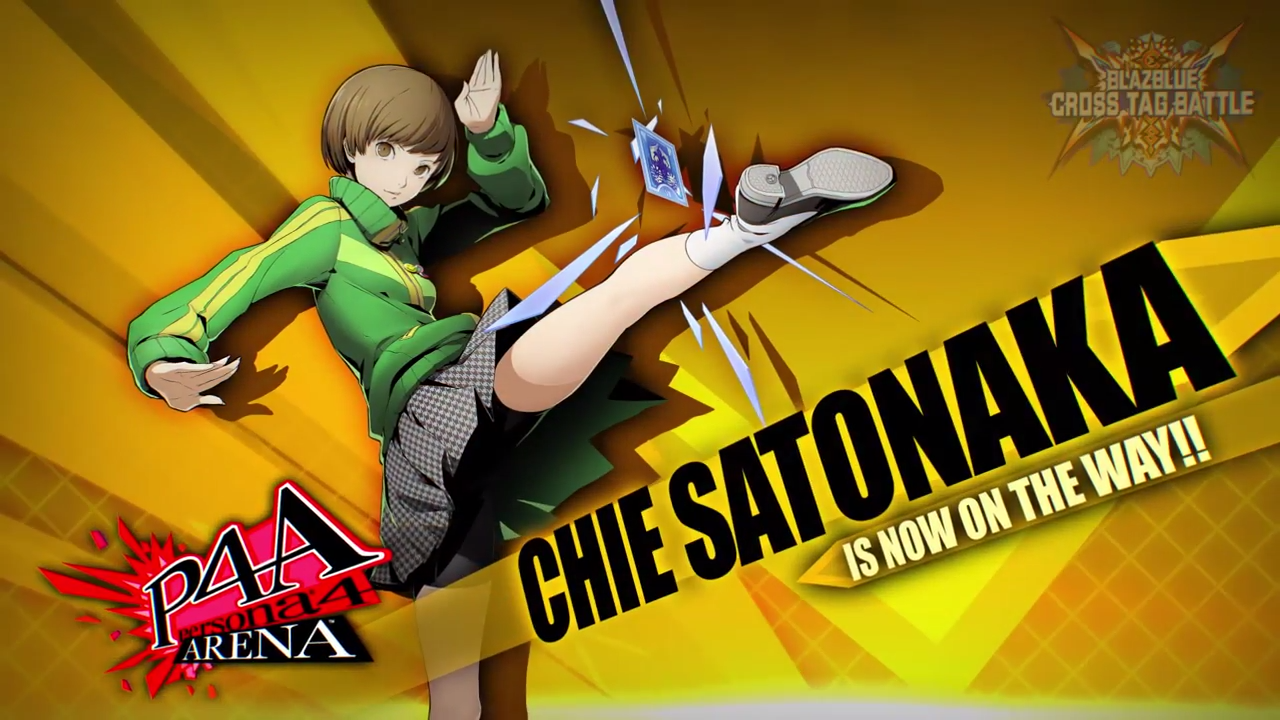 Chie joins her friends Yosuke Hanamura and Persona 4 protagonist Yu Narukami, who were both previously announced for the fighter. And Persona isn’t the only series making a crossover appearance in BlazBlue Cross Tag Battle, either. RWBY’s Ruby Rose and Weiss Schnee are both appearing in the game as well, much to fans’ delight, as well as several other characters from Under Night in-Birth Exe.

BlazBlue Cross Tag Battle focuses on tag-team fighting gameplay that draws on combat mechanics found in previous Arc System Works fighters. The game was previously announced for Nintendo Switch earlier this week, and will also be available on PC and PlayStation 4. All three versions launch in 2018.