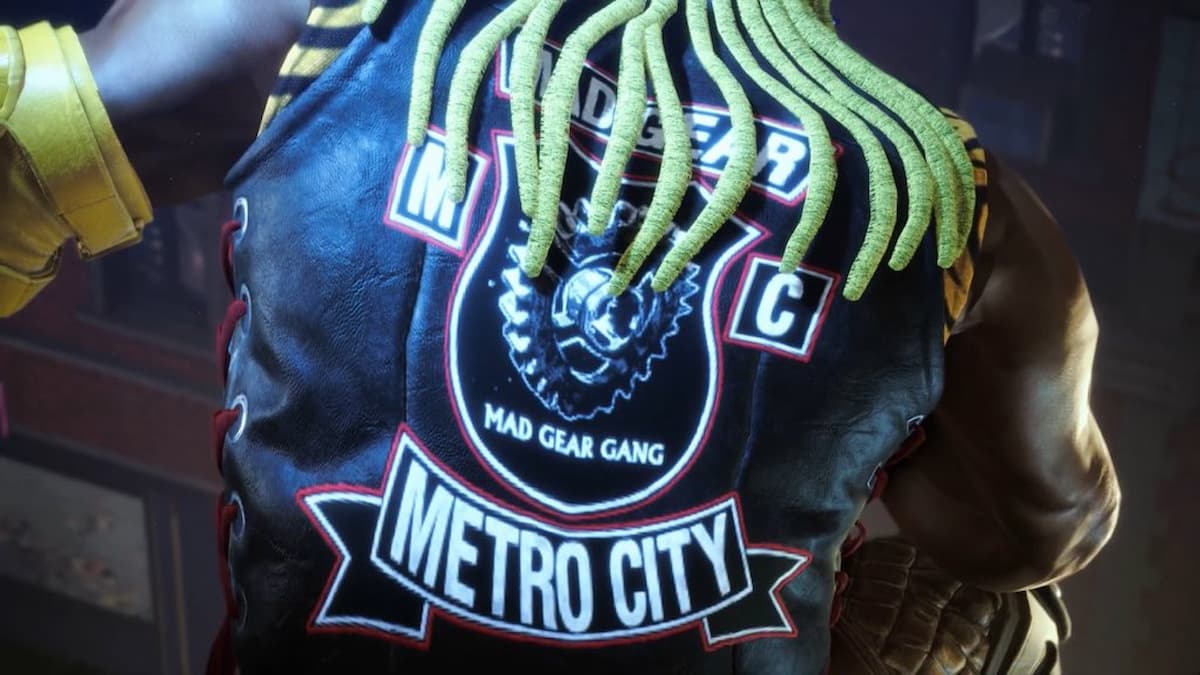 Capcom wasn’t shy in showing off all of the modern advancements it’s making in Street Fighter 6, actively showcasing new game modes, mechanics, and more alongside the first gameplay for the franchise’s next entry.

And, while we only got an in-depth look at one new character in the trailer itself with Jaime, fans have spotted several others that were shown both in the video itself and in the background of some promo images.

Starting with Jamie, he’s an expert dancer who defends his friends and town using his martial arts skills. That’s clearly shown off in his gameplay, where he fights using breakdance-inspired moves and fluid footwork. But that’s only the tip of the proverbial iceberg.

Capcom wasn’t even hiding its next potential addition to the SF6 roster, showing a few clear screens of Damnd from Final Fight on a rooftop, along with in the background of a stage. This isn’t a surprise as the World Tour mode of the game takes place in Metro City, the area where he and his Mad Gear Gang are known to operate.

Damnd has not appeared in a Street Fighter game to date, but this could be a sign Capcom is pulling more characters in from its other franchises earlier than in previous titles.

There is also a reference to former Metro City Mayor Mike Haggar in the form of a statue, but he has also not been playable in a Street Fighter title before even though he is frequently mentioned.

Chun-Li also makes her first appearance in the latest trailer, showcasing her realistic look and new gameplay alongside Ryu. But some fans were more focused on the younger girl she seemed to be training in one of her main cutscenes, honing on that connection and pointing out the character’s similarities to Li-Fen, Chun-Li’s main student from previous games.

Li-Fen most recently appears in Chun-Li’s story in SFV, so seeing her make another appearance in SF6 isn’t that shocking, even if she doesn’t end up becoming a playable fighter. She’s even mentioned in Chun-Li’s character bio for SF6.

Those are the only characters who make a physical appearance in the trailers, but a handful of other new and returning fighters were spotted in the background, including another new character named Kimberly that Capcom even pointed out.

At the end of the SF6 PlayStation blog article, Capcom asked if players had noticed something appear on the Battle Hub screen at the end of the trailer. Going back, players can make a girl named Kimberly appear with the words New Challenger scrolling around her, so fans can expect to hear more about her sometime in the future.

And, upon further inspection, players noticed that both Cammy and Guile can be spotted on several arcade setups in the Battle Hub too, likely confirming that both characters will be returning to the game—as if that was in doubt at this point. Though they are still wearing their older costumes, so it doesn’t give any real hints at how they might look should they actually appear in SF5.

But that’s not all. If you look in the top right of that same image in the Battle Hub, a bracket of sorts is shown plastered on a large monitor. And, even though parts of it are cut off, even more names of potential returning characters are shown, including Cammy, Guile, Zangief, Dhalsim, E.Honda, Juri, Blanka, and new characters Kimberly, Lily, and Jamie.

Fans will continue to debate on if Capcom meant to include all of this, but the likelihood is high since the images are mirrored multiple times in the same image. We’ll have to wait for confirmation on a majority to know for sure, but that will also mean we get gameplay or actual art for their SF6 designs, so the wait will be worth it.