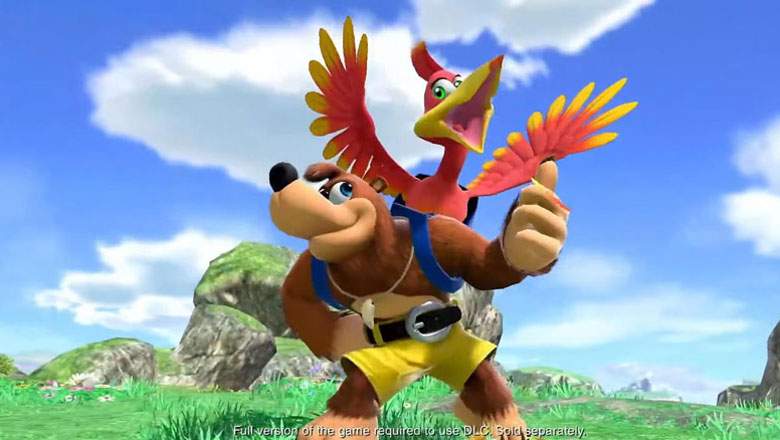 The bear and bird are finally joining the fight when Banjo-Kazooie and the newest patch are both made available today for Super Smash Bros. Ultimate.

This is the third DLC fighter being added to the game through the Fighters Pass, leaving just two more slots available now that Banjo has a release date.

Joker from Persona 5 and Hero from Dragon Quest are both already out, leaving Banjo and Kazooie to join the fray right when the fall starts to kick in. This is easily one of the most highly-requested characters of all time. Fans have been clamoring to get the Nintendo 64 veterans into the game since Smash Melee.

And those fans won’t just be getting the character. They’ll also have a chance to return to Spiral Mountain in the form of a unique stage that’s being added to the game. Accompanying the animal duo and iconic location are an assortment of classic songs from the series, all reorchestrated by the original Banjo-Kazooie composer Grant Kirkhope.

If the sheer attention to detail put into both Joker and Hero’s DLC packs are anything to go by, Challenger Pack 3 will give everyone who’s waited for the return of Banjo exactly what they wanted.

Players can purchase the full Fighters Pass DLC bundle and get all five Challenger Packs as they become available for $24.99 or each DLC can be bought individually for $5.99 from the Nintendo Switch eShop.