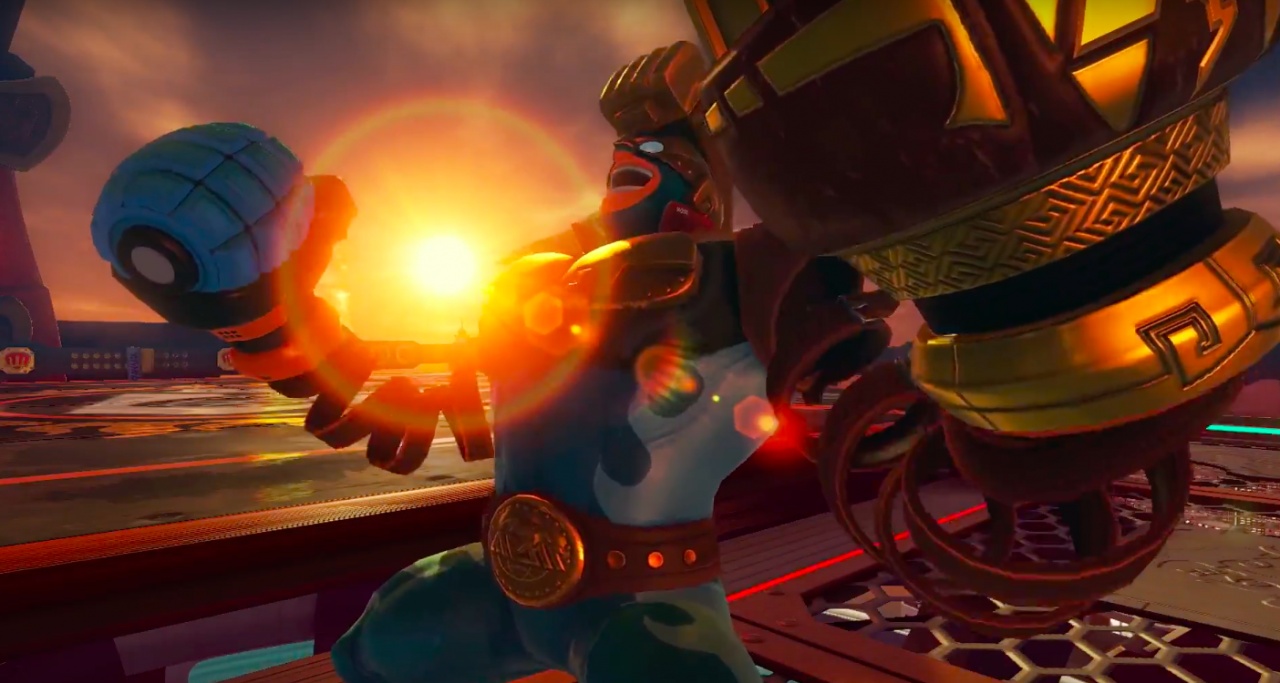 For those unfamiliar with the game, Max Brass in the final character players face in the single player story mode, the ARMS Grand Prix. The character has been unplayable since the game launched earlier last month—but that’s about to change.

The character is slated to be released sometime later this month as part of a series of free DLC content coming to ARMS.

Nintendo’s video shows off Max Brass’ three base weapons, as well as his special abilities. Max Brass is mainly a heavy class fighter who won’t be knocked down very easily once he’s charged up.

Max Brass’ stage, the championship arena that players fight in at the end of the story mode, is also set to be released along with the character later this month.

Nintendo released an update to the game last month, adding a highly-requested spectator mode that was used at Nintendo’s E3 ARMS Invitational, a LAN mode to allow up to eight Nintendo Switch consoles to play with one another, and an Arena option, which is a mode where the winner stays on until they lose.

Nintendo also fixed a ton of bugs and balanced a handful of characters for ARMS in the same update. Some weapons didn’t register a hit properly and have been fixed to make matches more fair.

ARMS fans are excited to finally get their hands on Max Brass, as well as any other DLC characters or stages that Nintendo plans to release in the future.