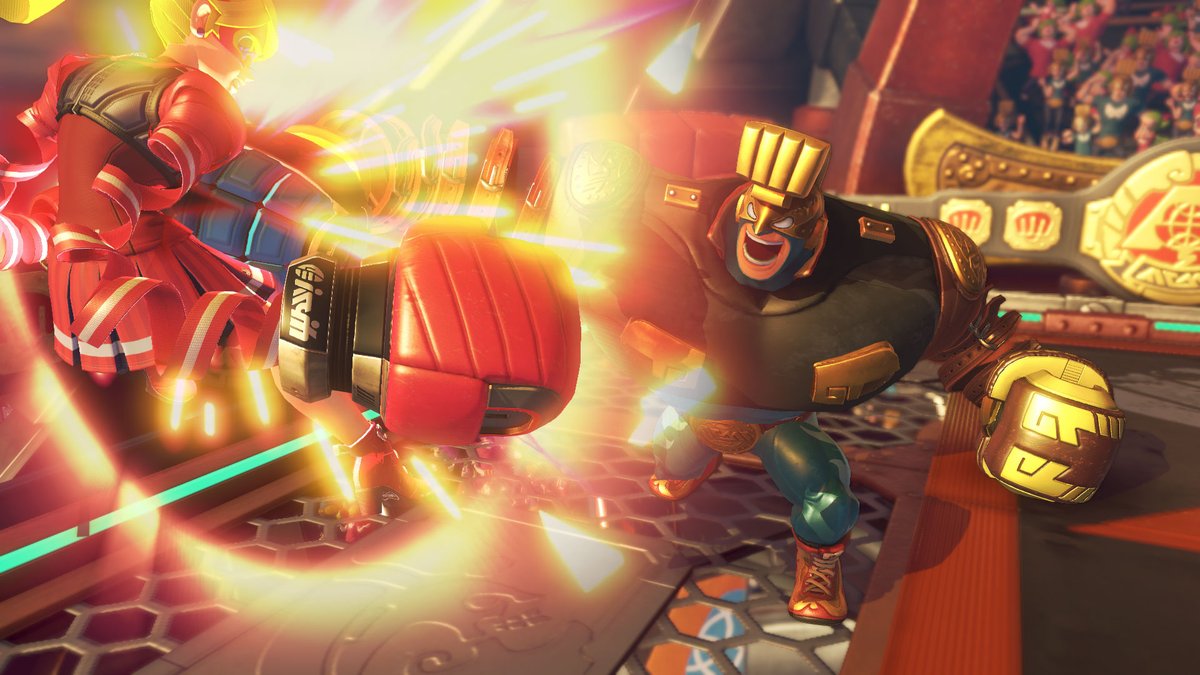 July’s content patch for ARMS finally dropped today, and it had a few surprises.

As well as Max Brass, a new DLC character that was teased in June on Nintendo’s social media, the new ARMS update also included a series of new modes, weapons, and features for fans to dive into.

A new mode also lets players play as Hedlok, the game’s secret end boss, against three other players online. Originally only a CPU controlled Hedlok in online matches, but now the new mode will allow the player to compete in frantic three-on-one action.

Players will also be able to see a comprehensive statistics page for all fighters, showing win rates, accuracy, and a whole host of statistics to help fine tune their experience and see how well they are doing in matches.

Ranked mode has seen huge improvements implemented into today’s patch, which are sure to appease players. For starters, the max level cap has been raised to 20 to give players an incentive to dive back into the mode.

Nintendo has also taken out Snake Park arena from ranked play and exchanged it for the new stage, Sky Arena. The Snake Park stage is rather disliked in the community due to its spinning platforms, which make hitting your opponent near impossible with certain weapons—leaving fights down to luck. Its removal is sure to make competitive players happy in the long run.

Players will also receive a larger penalty for leaving ranked matches early. Players that left games early before the patch only lost a little experience towards their next level. The changes are a much-needed change to the competitive landscape and are sure to delight the more prominent members of the ARMS community.

Today’s patch also fixed a number of bugs and issues players were having with the game, including general tweaks to the gameplay. All of these changes can be viewed on Nintendo’s official patch website.