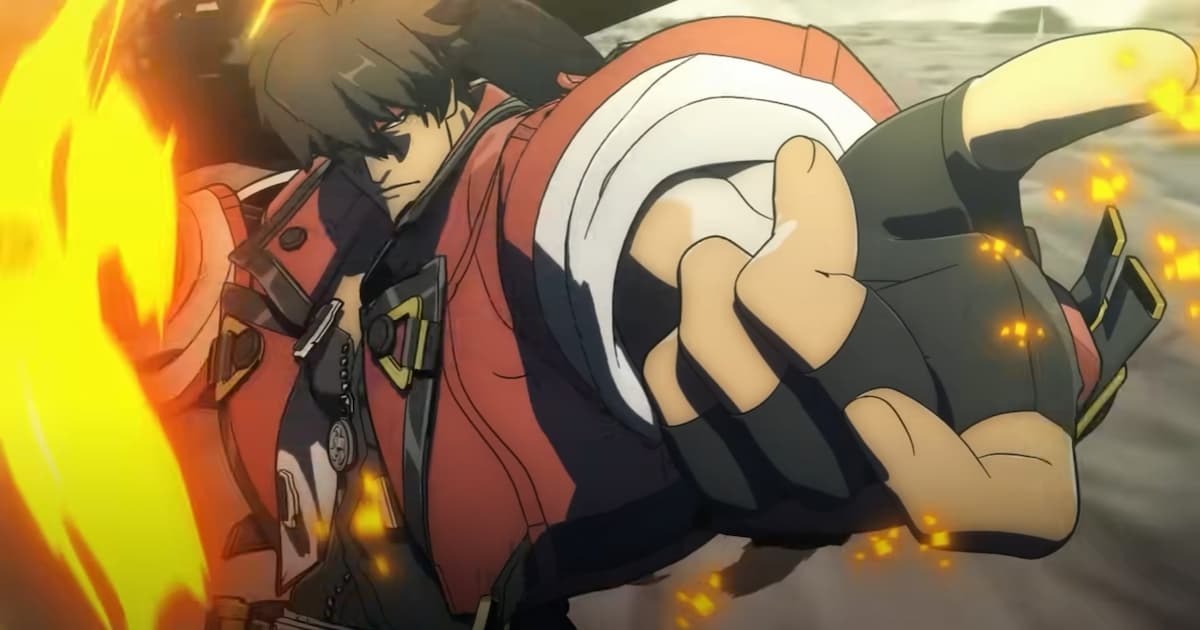 Arc System Works has always been a well-known name in the fighting game community (FGC), but since the release of Dragon Ball FighterZ in Jan. 2018, the company has been rocking and rolling just like Daisuke Ishiwatari and all of his wild ideas. This includes Guilty Gear Strive becoming the first ArcSys game to close out an Evo event at Evo 2022, with more than 2,100 players registering to battle.

Guilty Gear has always been a niche series when compared to larger names in the FGC like Street Fighter, Tekken, and Mortal Kombat. But GGST changed that.

In an era of fighting games where online is king and you need to match style with substance, GGST gave players exactly what they needed at the right time and has become the most played modern fighting game as a result of its great online and gameplay. It also helps that ArcSys is very active in listening to its community and providing information about updates, patches, and features, leading to a healthy and thriving player base.

During the Evo 2022 finals, ArcSys announced GGST was the first Guilty Gear title to surpass one million units sold, along with sharing details about its second season of DLC content. But more than that, the developers made sure fans knew that the company was humbled by the show of support throughout the weekend—just look at Daisuke reacting to people singing some of his music.

With Guilty Gear maintaining its stride a year after launching and the $200,000 Arc World Tour 2022 now underway, Dot Esports spoke with ArcSys esports managers Ryo Ishida and Junior Ferreira, along with additional comments from COO Tommy Yoshida, about just how the company’s continued success and how becoming a pillar of the modern FGC impacts future plans.

This is the first Tour featuring DNF Duel after its release. How excited is the team to get that game into the esports ecosystem and let players have at it?

Ferreira: I think it’s a very exciting time for us, as a company and on the esports side of things specifically, to be releasing DNF Duel to the world. We’ve been really excited about this one for a long time and, being the way that it is, our goal for it is to include as many players into the scene as possible.

With that, we are glad to be on the forefront of being able to do that in this very important year now that we’re back from COVID and all of that stuff.

With how big Guilty Gear Strive has become, especially with it launching at the perfect time for players who were looking for something to really grind online, and now right as offline events are coming back, how do you view these two titles as kind of the tentpoles for the Arc World Tour and the company as a whole?

Ishida: With Guilty Gear Strive, we have this huge fanbase that is much larger than any of the previous titles. And with that, our plan is to continue expanding our branches, so to speak, into the unknown.

We want to reach out in ways we haven’t before, into areas such as South America and mainland China to grow the community. This is something we hope to do with our new features and what we have planned for season two and future announcements.

The ArcSys team seems very involved in its ecosystem for esports. How do you as the manager think that the esports scene impacts the game and how it continues to grow, whether within the community of players or on the back end within the company?

Ferreira: Personally, I think the dev team just really enjoys how successful Guilty Gear has been. I think that, when they view the success of Guilty Gear Strive from a community standpoint, it can be very exciting for them to know that all of their hard work has paid off. It validates the decisions they made leading up and into the development.

It’s a really exciting time for the team, at the HQ in Japan and all of our other branches. It is an overall encompassing sense of success seeing how well received it has been within the community and by newcomers.

How do you feel about the current esports landscape for fighting games? Where do you think it is struggling to keep up with other potential areas? (Is there one thing you think it excels at?)

Ferreira: From my perspective, I think coming in from the slump of online games during COVID and that period of time, it has helped us kind of take a step back and see what exactly we need to do internally when dealing with things like the netcode, for example. We see all of these things related to the games as a way to expand our community to more than just physical events, which means finding ways to support the digital events as well.

Overall, I think we have learned a lot over the years at Arc System Works, both as a company and as a studio. I can’t speak for other studios, but internally for us, I feel like we learned a lot from that and we have seen the success and how important it is to invest in that kind of development for our games, to make sure that they live longer than the usual time span of a game with continued support in more than just the major regions.

Ishida: From HQ’s perspective, we are beyond certain that dealing with technical restrictions for things like online play and rollback netcode is important to our success and the community. But there isn’t a downside beyond that either, as our plan is not just for supporting the games on an online basis, but also setting up new offline events in regions like South America and the Middle East to help grow things there too.

As the manager for such a big part of the competitive scene, with Strive being the biggest fighting game at the current moment, what is your favorite part about coming to events like this and helping put things together, or just seeing players play the game so much?

Ferreira: It is absolutely the passion that people put into everything that they enjoy. Their love of the game expands so much further than the game itself. We see that in all of the cosplayers who have stopped by the booth here, as well as the people who look to us for new merchandise and things in areas beyond the actual game that can enhance their experience with Guilty Gear.

Taking a step back and seeing that, it makes it seem like it’s a lot bigger than just the game. So we’re building more than just a fighting game, we’re building a community within it, an ecosystem. That is something that is really exciting for us as a brand, especially when it is happening to Guilty Gear, which has been a staple of our games for so long.

It is exciting, and honestly breathtaking to see that kind of support.

How did it feel to learn Strive would be the headliner title for Evo this year?

Ferreira: No shots at Capcom or anything, they make incredible games, but it was a humbling experience for all of us to finally be able to stand as one of the major pillars of the FGC. It’s great to see people enjoy our game as much as Street Fighter and the other well known games like Tekken, Soul Calibur, and all of the others.

This is a humbling experience that we have not taken lightly. We’re absolutely driven to continue creating really great games that people can enjoy for years to come.

Moving forward, how do you and the team plan to capitalize on this momentum from the three biggest Summer FGC events? Is it trying to help the Arc Tour and the games involved grow? Or is that something you think will just come naturally?

Ferreira: I think most of it will come naturally, but how Ryo and I are approaching it is a form of two pronged way, where he handles a lot of the Arc World Tour on those global stops and then he leaves me in charge of the North American stops. And I plan on going to all of them like CEOtaku and Frosty Faustings. I want to see firsthand how much of an impact our game has made at these events, and then we will go from there.

Hopefully that involves expanding our tour to new regions. Being from Brazil myself, I would very much love to see an Arc World Tour stop in Latin America, São Paulo, and Rio de Janeiro, along with more Asian territories as well. So overall, it’s been a really great time, and I’m looking forward to attending all of these events physically and continuing to see the success of our games.

Yoshida: It has been almost three years since the last time we were able to have our World Tour. So starting with Guilty Gear at Evo and DNF Duel at VS Fighting, all the way through our finals next March in California, our core strategy is just to support everyone.

We want all of the regional winners to come together at the Arc World Tour Finals and show their skills while having fun. Please look forward to it.

If you could say one thing to all of the players competing in events for DNF and Strive, like share a message to them, what would it be?

Ferreira: Coming from someone who isn’t really good at fighting games myself, I just want everyone to continue labbing, continue laughing while playing, continue that dedication to your character because you love them and never know what might happen. It’s so important to practice, but while you practice, have a lot of fun.

I think the most important part we want out of all of this is for everyone to continue enjoying our games, playing with friends, and preparing for future events you plan on attending. I’d very much like to see both familiar and new faces coming into the space, because now is a great time to jump into the FGC. I wish you nothing but the best of luck, and thank you for playing our game.

Ishida: Back with the Arc World Tour in 2019, we started a world circuit and planned to expand in 2020, but as you know, it was suddenly canceled due to the pandemic. And, during that time, we worked very hard internally to get to know our players and their demands, getting some knowhow.

We are so excited to finally be with everyone at the Arc World Finals next March and celebrate the games and players.

Please expect great things from us and we will see you soon.