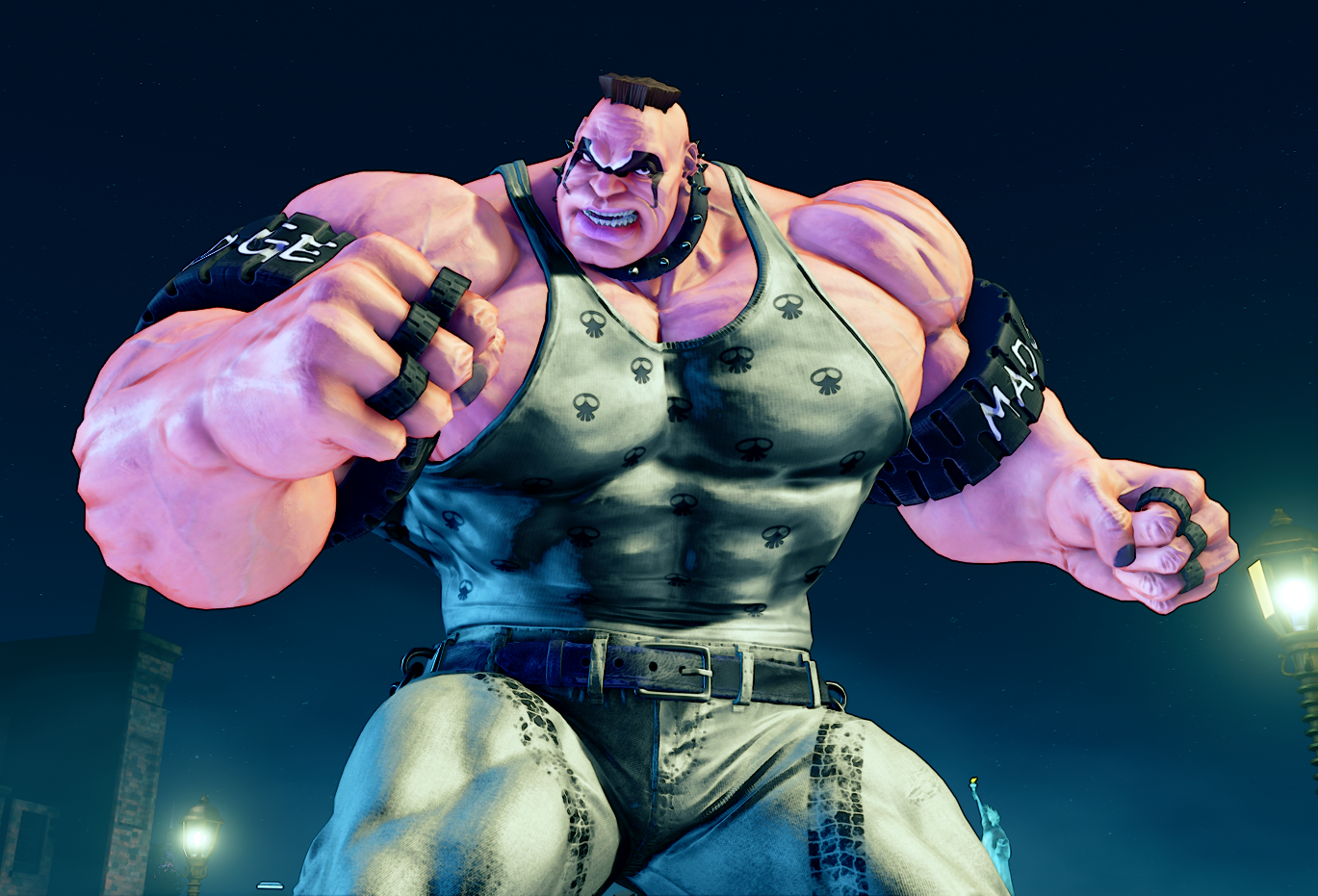 That character is Abigail, a heavyweight bruiser with massive size and strength. The character towers over his opposition in fights and looks to be a slow-moving, heavy-hitting behemoth.

This is the first appearance of Abigail in any Street Fighter title. The character hails from Final Fight franchise, a series of beat ’em up games made by Capcom. He is a former member of the Mad Gear Gang and was one of the bosses of the original game.

A new stage based on Abigail’s scrap metal stage from Final Fight will also be available when the character launches on July 25.

Abigail’s inclusion was seemingly leaked a few weeks ago when a hidden page on Capcom’s website all but confirmed Abigail’s existence as the next DLC character. Final Fight has had a whole host of characters join the Street Fighter roster in recent years, with Guy and Cody appearing in multiple versions of Street Fighter games.

Abigail will be launching alongside other classic costumes and stages next week when he is released on July 25. Players who own the Season 2 character pass will unlock him alongside DLC fighters Akuma, Kolin, and Ed.