Fall Guys has officially gone free-to-play and has released on both the Nintendo Switch and the Xbox platforms, attracting a massive audience as it enters a new era. Naturally, with so many players joining and returning, there will be some issues.

Players will often find themselves not being able to jump into a game mainly due to server-side errors or be able to log in to the game at all. These are perfectly normal for a new game during its launch period and is also normal for a popular game going free-to-play and releasing on other platforms.

What can you do if you’re stuck on the loading screen in Fall Guys? 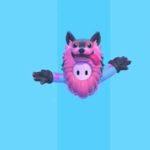 Fall Guys is a fast-paced game and players join in and out of games in a matter of seconds. Sometimes, you can get stuck in a lobby even if you exited adequately. This can cause you to enter a falling loop in which you can’t join another game.

If your character’s stuck falling and you haven’t been able to find a game for a few minutes, you should exit out of Fall Guys and restart it. Doing this will remove you from any progressing games you’re a part of, which is usually the source of the problem.

If doing this doesn’t seem to fix the error for you, then it may be a good idea to see whether there’s a server-side problem. Check Fall Guys‘ social media accounts since they often keep the players up-to-date with the latest developments regarding the game.

If the issues persist even after Mediatonic says that server issues are resolved, you may have to exit the platform you’re using and restart it or check to see if there’s a new update that’s been pushed out.

Resetting your router, PC, and gaming console can also be the last measure against this issue, in addition to changing your DNS to an alternative server.

More often than not, you should always be fine with a simple restart. This issue is likely to get fixed by the developer soon.