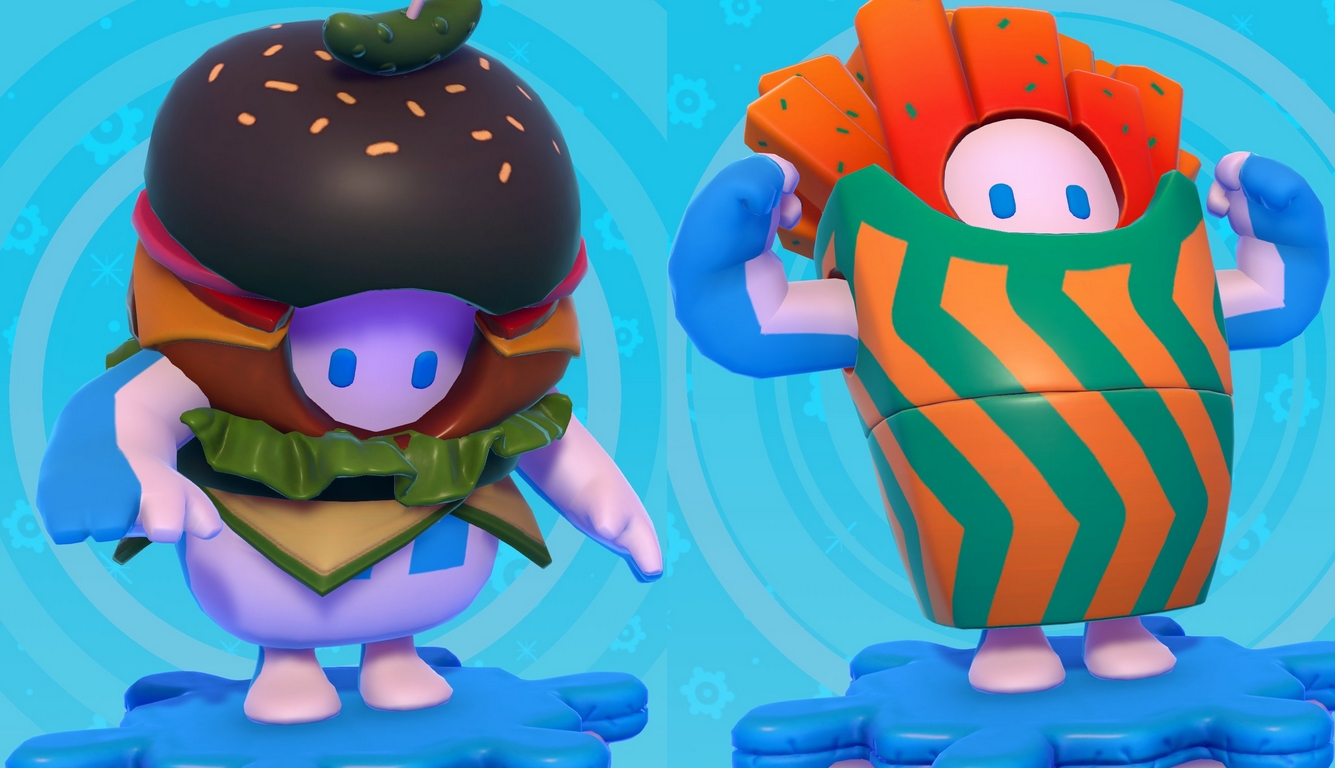 The skins are junk food-themed. There’s a skin for a burger, fries, and a soda so you can play as your favorite cheat meal food.

In addition to revealing these skins, Mediatonic opened a poll on Twitter where fans got to vote for which one should be offered to players who retweet the season four trailer. The poll is now closed and the Burger skin won. Players can now join a giveaway on Twitter to try and be a part of the 50 winners of the Fancy Burger skin and 4,041 kudos.

Next week, players will head to the future with Fall Guys’ season four, called “Fall Guys 4,041,” which will feature a futuristic theme, new maps and game modes with neon colors everywhere, as well as flashy cosmetics.

An exciting collaboration with Among Us will also take place in the upcoming season, although its content is still unclear. Both games saw a spike in popularity last year due to the various interactions they offer to groups of friends and streamers, including both collaborations and betrayal. This crossover was rumored for a while, which makes it highly anticipated by the community.

Fall Guys 4,041 will launch on all available platforms on March 22.