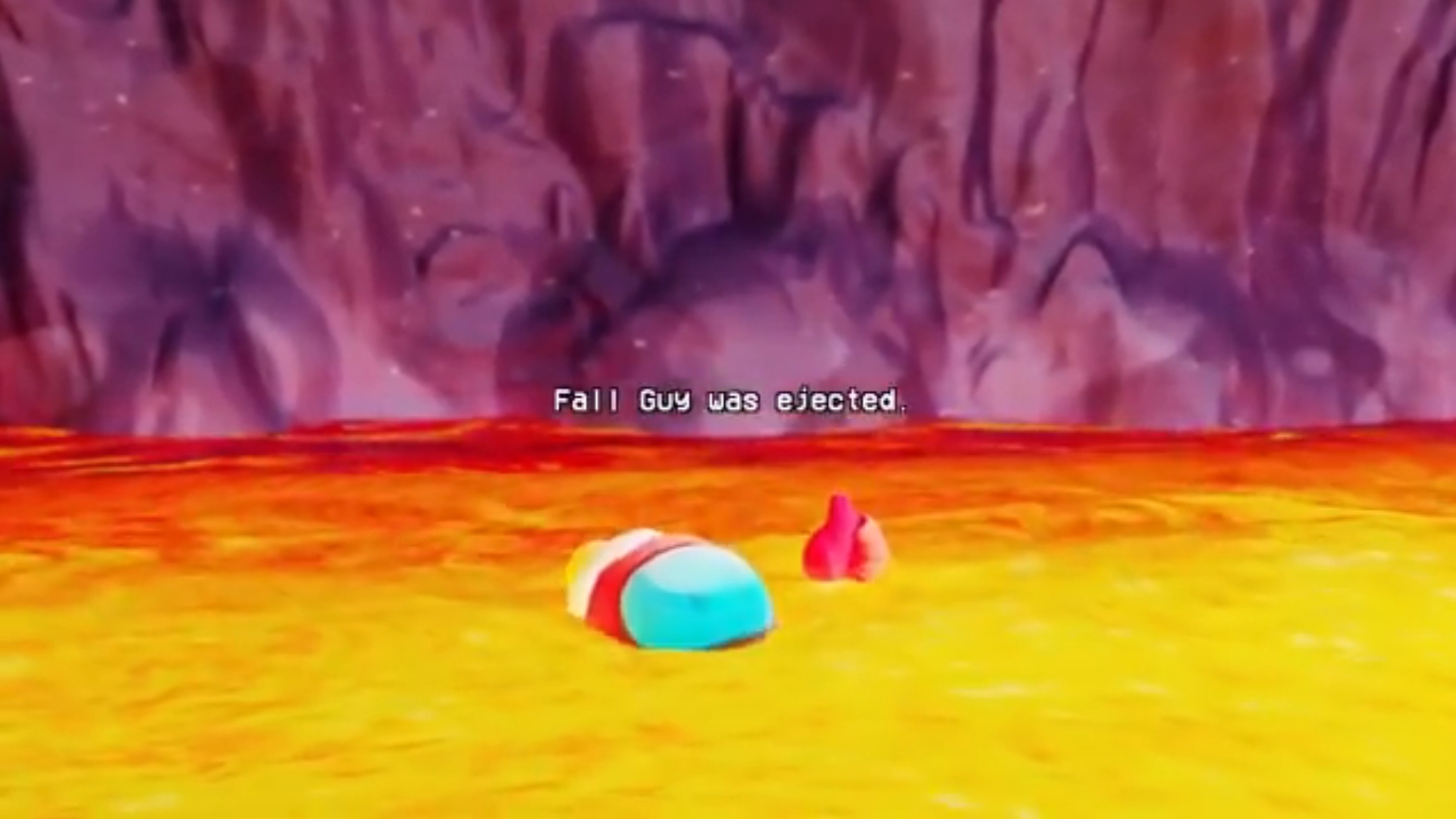 A new season of Fall Guys, dubbed “Fall Guys 4041,” will be releasing next week on all available platforms.

New trailers for the season were recently revealed by both Fall Guys and PlayStation, offering a look at what players can expect out of the new content coming on March 22.

The very end of the video posted by the Fall Guys Twitter account confirms the upcoming Among Us collaboration, which has been rumored for a while. It shows a Fall Guy in an Among Us-like costume falling into lava, with text saying “Fall Guy was ejected, one Impostor remains.”

A separate trailer, released by PlayStation, shows off more of the new locations and costumes that will be found in the upcoming season. The new content has a futuristic vibe, like a cross between Tron and Cyberpunk 2077.

As part of the new trailer reveal, Fall Guys is giving away 50 copies of an unreleased costume called Fancy Burger. Fans can participate by following the directions in the above Fall Guys tweet for a chance to win.

Fall Guys season four will release on all platforms next Monday, March 22.