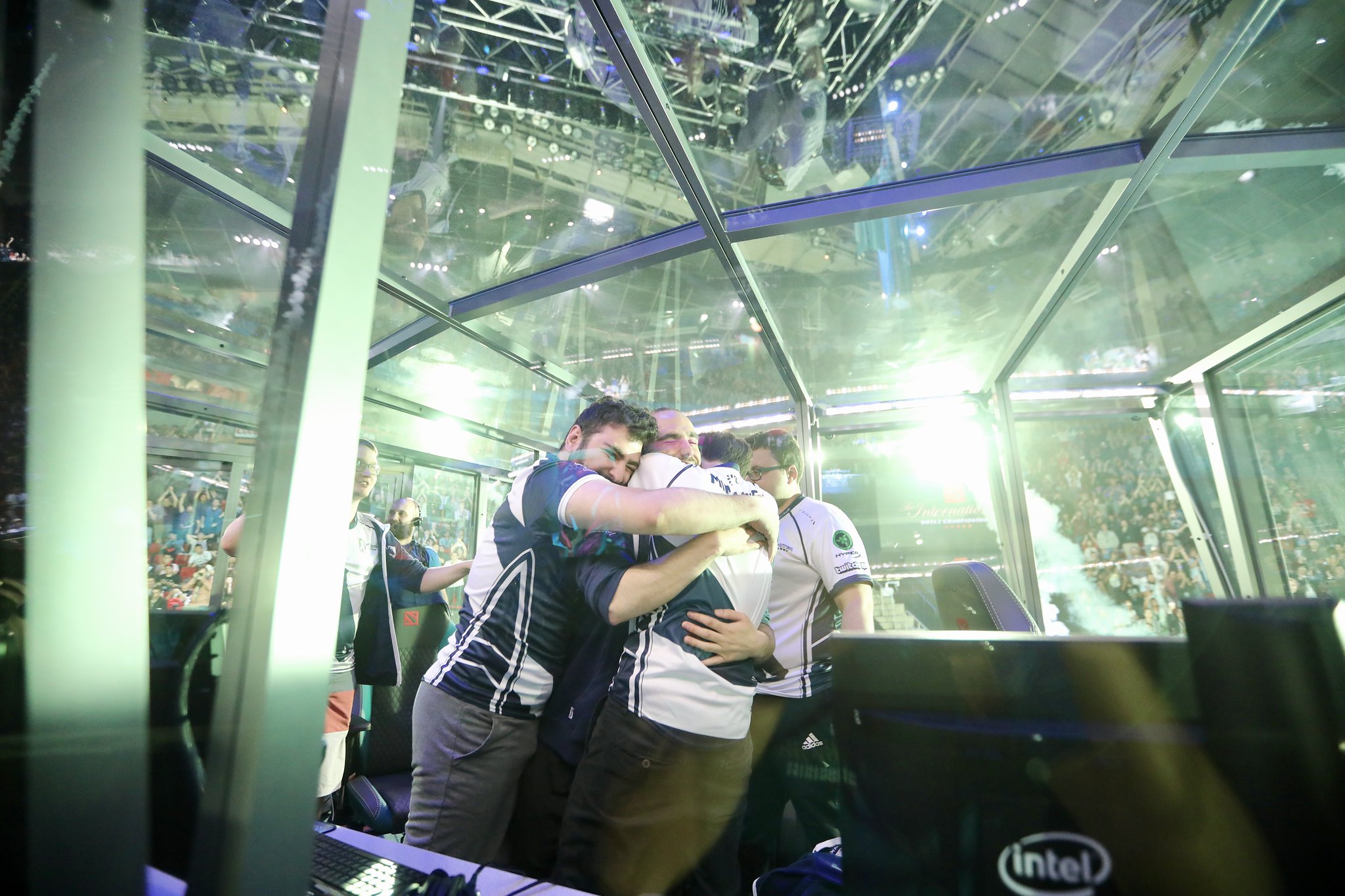 Team Liquid’s Dota 2 roster is no more—for the time being, at least.

There’s no doubt that Kuro “KuroKy” Takhasomi, Maroun “GH” Merhej, Ivan Borislavov “MinD_ContRoL” Ivanov, Aliwi “w33” Omar, and Amer “Miracle-” Al-Barkawi will return with their own player-owned organization or that Liquid will once again pick up a premier roster, but one fact remains certain: KuroKy will no longer wear a Liquid jersey.

Others have tread the long path with him—MinD_ContRoL, Lasse “MATUMBAMAN” Urpalainen, and Jesse “JerAx” Vainkiia to name a few—but it was KuroKy and Liquid that truly transformed each other. KuroKy found his place as a preeminent position five, renowned captain, and mastermind, while Liquid finally became a powerhouse in Dota 2 after years in the scene.

It would be remiss to talk about the former Liquid roster without discussing MATUMBAMAN leaving the team. A loyal steward since the 5Jungz days, KuroKy’s Liquid roster only played two tournaments without the Finnish carry. Now, we know that without w33’s masterful Templar Assassin and Meepo, Liquid might have never made it to the grand finals of The International 2019. But without MATUMBAMAN, Liquid definitely lost a personality so magnificent that it sent shockwaves through the world of Dota 2.

It’s easy to find professional players tearing it up in game. Liquid had it all—the most beautiful teamfight wombo combos, the most immense display of mechanical skill, the finest displays of trust, and the cheesiest of strategies. But Liquid stood on top because of their offline personality as a team. No matter who you pointed at, you were guaranteed a spectacular presence.

The team wasn’t beloved just because of their achievements. There’s been no shortage of dominating teams in Dota 2’s history. Natus Vincere went to three straight TI grand finals, winning one. Alliance held the competitive scene by the throat for all of 2013, while Wings Gaming blew apart the notion that Chinese Dota was boring. The ex-Liquid team will definitely be remembered for their achievements, but what enamored fans of them were a delectable blend of online skill and offline personality.

This particular roster of five was probably the first true modern team in the game. Personable players who can both take over a game and an interview remains rare. Somehow, Liquid seemed to have five of them. Of course, being a dominating team means that their media presence was amplified, but even when they shirked away from the camera, they’d make up for it on stage.

Liquid had a team that truly felt like superstars in every sense of the word. On stage, they were a nightmare to deal with. Innovative strategies were coupled by absurd mechanical skill from all five players. Outside of the game, they felt like five friends who just happened to be really good at Dota 2. Each player had a distinct personality, from the outspoken MATUMBAMAN, to the sagely GH, yet they never seemed to overshadow each other.

For four years, the story of Liquid was about KuroKy. Now, it seems like we’ll never see him playing for the banner again. He’s helmed one of the most successful Dota 2 rosters of all time, one that stayed together for practically an eternity in esports.

The era might have ended in fans’ hearts the moment MATUMBAMAN was off the team, but Liquid’s legacy has truly flamed out with the departure of KuroKy. Once the zenith of Dota 2, Liquid will now have to find a roster capable of filling the enormous chasm left behind by the garbage man.