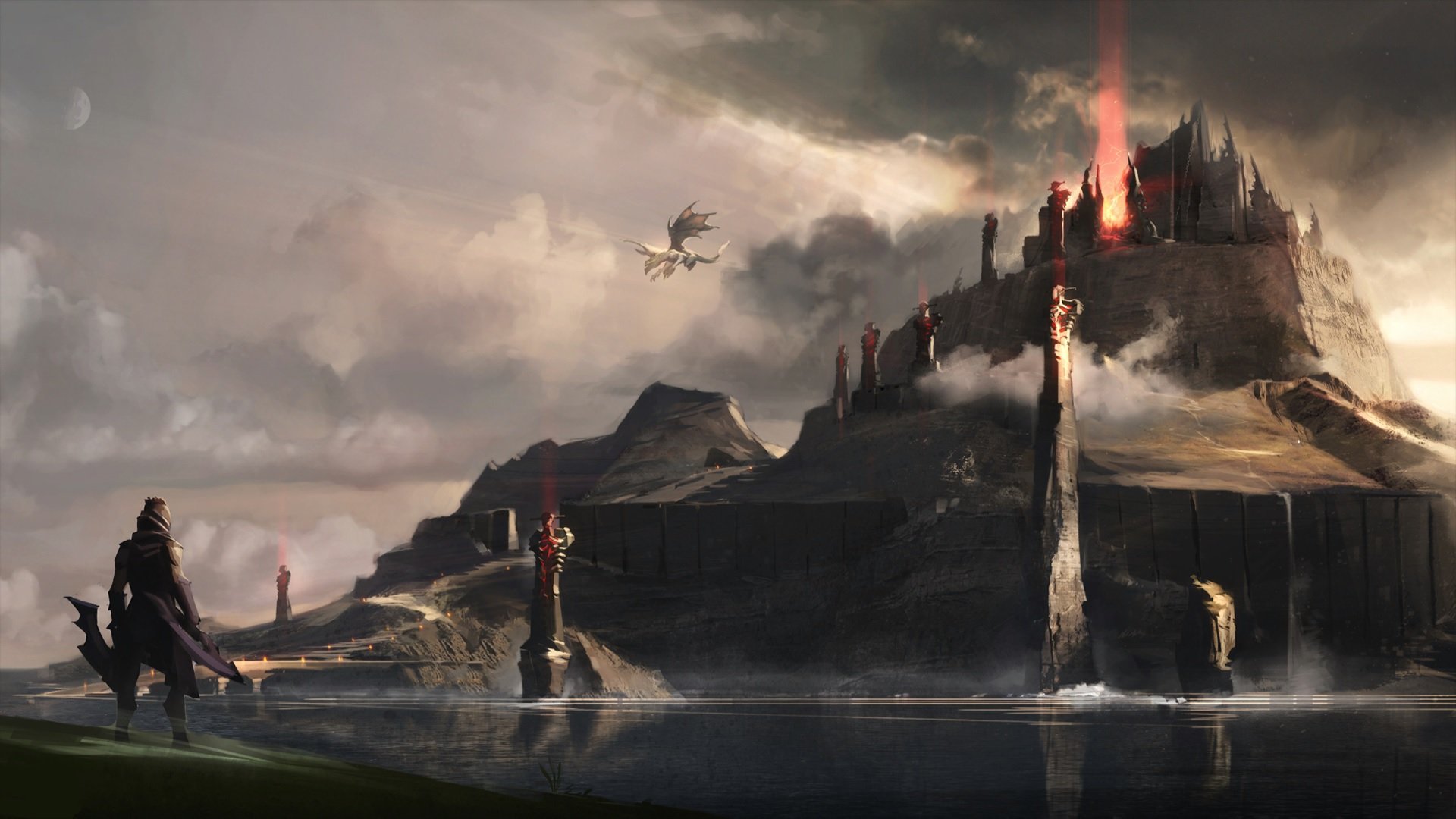 Dota 2 fans were treated to a great year of esports moments in 2019. We witnessed some of the best professional gameplay by OG, the first two-time International champion, IceFrog’s finest creations in overpowered heroes and combos, and the rise and fall of champions and dark horses.

Dota 2 has been around for nine years and it’s more exciting than ever. Here are nine of the best Dota 2 moments from 2019 that fans can enjoy while sipping eggnog and decking the halls with boughs of holly.

Midas Mode was in its own class. It was a ridiculous take on a Dota 2 macro economy, featuring even more ridiculous things like a VR-controlled Roshan and creeps being controlled by actual players. It promised three different International-winning rosters, bringing back retired legends to play a third-party game mode purely for fun.

Related: Why is there so much hype surrounding Midas Mode 2.0?

And it worked. It had its hiccups along the way, such as the hideously beautiful map breaking on the first few days of the game, but the entertainment went full speed ahead. OG have skipped two Dota Pro Circuit Majors so far this year, but they were happy to attend even with Anathan “ana” Pham playing from Australia with 300 ping. We got to see the return of the legendary Natus Vincere roster that dominated the better part of the first few years of professional Dota 2, too.

It was a slapstick, bizarre, and entirely goofy concept taken up to 11. It was everything that Dota 2 should be. Who knows? Considering the latest changes IceFrog has made with the Outlanders update, Midas Mode 2.0 might be a sign of things to come.

TNC winning the MDL Chengdu Major and ESL One Hamburg this fall wasn’t just a show of force for the Southeast Asian region, but a personal triumph for one of the oldest pros in Dota 2.

Park “March” Tae-won has been a player, analyst, and coach, and due to his Korean nationality, he had to complete his mandatory military service before he turned 30. For so many who have tread his path, military service is the end, the capping off of a good career in esports.

Esports is a weird industry. People spend a few years at the top when they’re teenagers and hang up their keyboard and mice by the time most people would finish a university degree. Those at the very top might trudge on, but even just a few years ago, players playing until the age of 30 were practically unheard of. Even then, they had to be some of the very best, legends like Daryl “iceiceice” Koh and Clement “Puppey” Ivanov in Dota 2 or Patrik “f0rest” Lindberg and Danylo “Zeus” Teslenko in CS:GO, who were prodigious talents even when they were young.

For March, however, his professional Dota 2 career before 30 was honestly lackluster. His best result in a major tournament was with MVP Phoenix at The International 2015, where he achieved a top-half finish. He was an analyst at TI8 and failed to qualify for TI9. Still, he persevered.

Now, at 31, he’s at the top of the world. He led his team (filled with four other players younger than 22, by the way) to two straight championships, which included the first ESL championship and the second Dota Pro Circuit Major trophy for a SEA team.

An esports player playing until the age of 30? Probably not a head-turner any longer. An esports player’s career taking off after 30? There’s only one right now and his name is March.

At the EPICENTER Major 2019, a fortuitous Arcane rune for Amer “Miracle-” al-Barkawi’s Arc Warden gave all Dota 2 fans a classic play to remember.

While Miracle- was playing carry Arc Warden, his decision to go for the spellcasting talents instead of the right-click ones allowed him to pull off impossible defenses and siege Vici Gaming’s base relentlessly. This meant that Miracle- could put down a 610 magic damage nuke every two seconds, doubling the number of mines every time he had his Tempest Double available. Despite the kill deficit Liquid possessed, VG were pinned in their base, unable to contest any objective.

Good fortune and timing meant that Miracle- knew the Roshan was going to spawn as it was approaching the 11-minute limit. So he started spamming away, resulting in an incredulous voice clip and the first Roshan one shot in history. Truly, talents have changed the game.

Passion makes for some of the best Dota 2 entertainment, whether it’s the players or talents giving it their all.

Austin “Capitalist” Walsh embodies fiery fervor as the play-by-play caster for one of the most epic series in TI9. The lower-bracket series between Mineski and Team Secret was one of the most high octane matches of the tournament, with each game feeling closer than the last. Secret had just won game one with a last-ditch throne race and the second game seemed ready to end in the same way. An inspired showing from Nikolay “Nikobaby” Nikolov saved the day for Mineski, however, sending the series to a deciding game three.

It was a nail-biting finish with amazing plays from both Secret and Mineski, but Capitalist stole the show with his waterworks display. His impassioned calls turned Nikobaby’s play from great to iconic, deserving his accolade as one of the best play-by-play casters in the business.

The South American region has been ridiculed endlessly. Its infamy came from jokes and thinly-veiled insults about their pub players and languages. But one team managed to change that earlier this year.

Infamous, now known as beastcoast, played a fearless brand of Dota 2 that was undoubtedly their own at TI9. They played like they were the best team at the event and it sure felt like it sometimes when they rolled through teams with unconventional picks. They never turned off their aggression as they constantly sought kills and objectives around the map, all in the name of making space for their hard carry.

While the entire roster made a name for themselves, carry player Hector “K1” Rodriguez became the standout star for the South American squad. His farming ability, as well as his love for Wraith King, was legendary, earning praise and plaudits from players and fans alike.

Infamous went on to achieve a top-half placing at the biggest event in Dota 2. They didn’t falter on the main stage and never let go of their identity, even picking an extremely unorthodox mid Riki against Secret in an elimination matchup. The South American team didn’t win the event, but they won the hearts of fans from all over the world.

OG were on top of the world in 2018, having won TI8 in a Cinderella story that shocked even the most diehard of fans. Nobody expected them to do it again, especially after their season that saw them earn just one second-place finish at a Minor tournament.

Every doubt was put to rest the moment OG showed up at TI9, however. They crushed through the group stage, securing their main event placing one day early. They played anything and everything, rolling through teams like a juggernaut on steroids.

They didn’t need to make a statement showing to stamp in their status as favorites, but they did it anyway. OG crushed Newbee in a “soul-breaking” performance with a mid Bristleback and carry Io, firmly shutting up any disbelievers in a moment of utter disrespect and no regard for human life.

When OG won TI for the second year in a row, IceFrog didn’t even bother tweeting a new congratulations message.

Dota 2’s lord and savior IceFrog is a quiet man. He rarely communicates with the Western community but is always on its pulse. He prefers to speak through his patch notes, constantly putting in jokes and references to let fans know that he’s always reading and listening.

He’s tweeted 13 times since 2008, with his first tweet commemorating OG’s victory at the Boston Major. It was also the tournament where patch 7.00 dropped, which might explain the breaking of his silence.

Kyle Freedman has had a sensational career turnaround as one of Dota 2’s best analysts and commentators. He’s combined his quick wit and eloquent manner with an immensely deep knowledge of the game and his clear passion for Dota and its professional circuit is infectious. He’s never afraid to call it like it is, whether it’s an honest mistake in-game or bad decisions out of it.

Kyle’s tirade at the MDL Disneyland Major in May comes on the heels of EternaLEnVy kicking Nico “Gunnar” Lopez twice from two different teams. The ensuing drama did bring attention to the volatility of Dota 2’s roster system. While it’s true that even a pub stack has a shot at the greatest prize of all, the lack of security can be a daunting prospect for players struggling to break through.

The highlight of the year was undoubtedly OG’s grand finals performance at TI9. A case can be made for their entire run, but the grand finals was the time where OG truly showed just how far of a limit a professional team can push the game to.

It wasn’t a 3-0 sweep like Liquid’s showing at TI7. It wasn’t an intense, nail-biting series like OG vs. LGD just one year ago. Except for one poor decision in game one that allowed Liquid to mount an unlikely comeback, OG played a flawless series that showed off their best attributes.

Every OG player had diverse hero pools and nonsensical ways to play them. Their myriad of drafts were helped by their ability to play the same heroes in multiple roles. It obfuscated their strategies and confused enemies, forcing opponents to adapt in uncomfortable ways.

It didn’t stop once they loaded in, too. Liquid looked lost as OG ran roughshod over them. Before viewers could even blink, Topias “Topson” Taavitsainen and Jesse “JerAx” Vainikka were already diving and killing once the horn sounded. Of course, credit has to be given to the powerhouse’s masterminds, Sébastien “Ceb” Debs and Johan “N0tail” Sundstein, for orchestrating and helping their playmakers go supernova.

OG’s stars shone brightly. One could only think about how Liquid must have been feeling in that booth, watching themselves get demolished over and over again.

OG have firmly sealed their status as the best Dota 2 team in the world. If the roster stays together to contest for their third Aegis in a row, who’s willing to bet against them now?