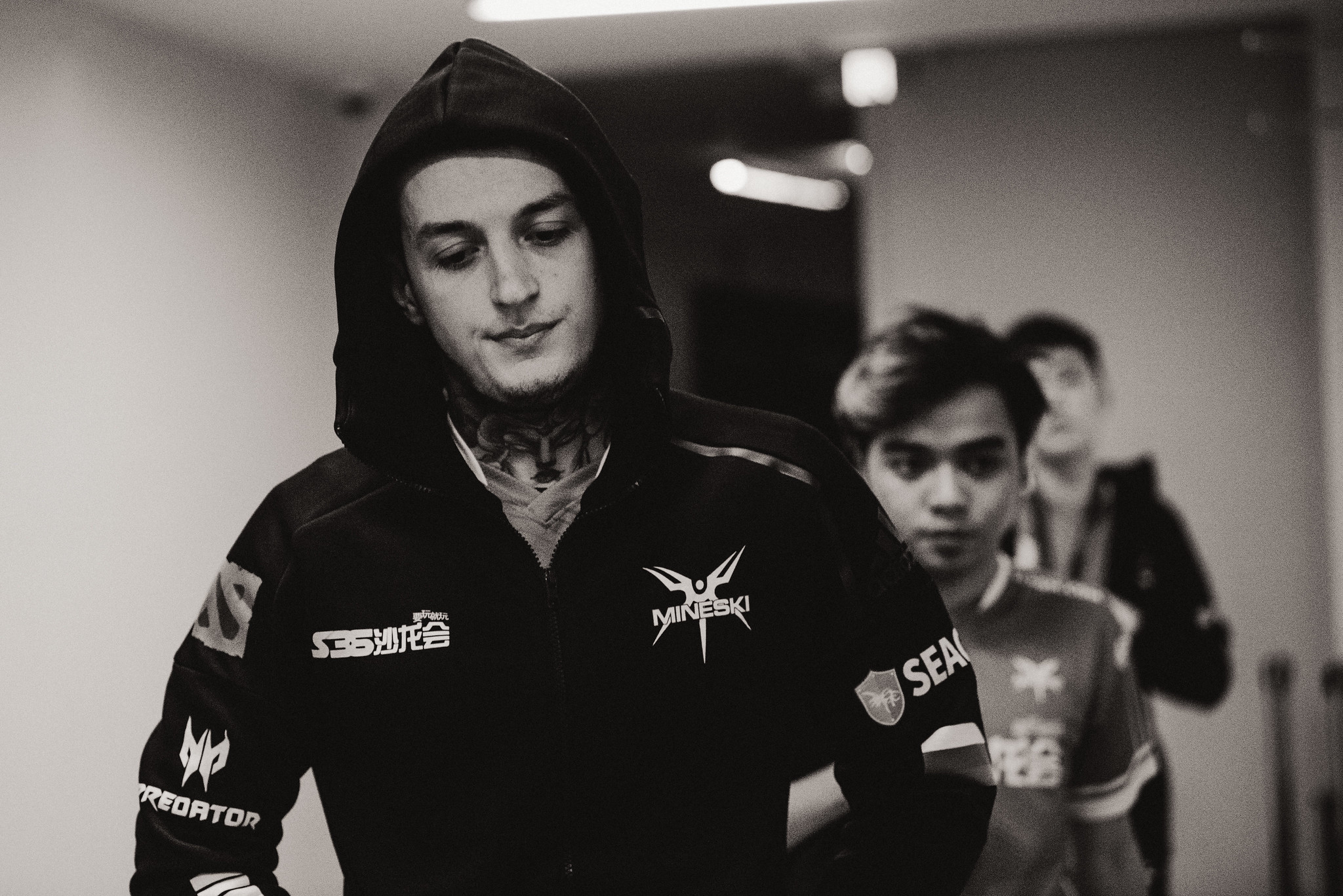 In the most exciting series of The International 2019 thus far, Team Secret barely survived to claim a 2-1 win over Mineski today.

Mineski fearlessly took the fight to the European powerhouse, likely earning many new fans from around the world after playing such an incredible series and nearly knocking off the top-ranked team in the world.

The Southeast Asian team had a greedy draft in game one, taking both Wraith King and Alchemist as their cores. Secret proceeded to try and capitalize on Mineski’s weak early game with a Visage and Meepo, two heroes that offer powerful early push potential.

But Secret didn’t account for Mineski’s ganking prowess, which shocked a lot of people when Michael “ninjaboogie” Ross Jr.’s Witch Doctor started making moves. With a highly-leveled Maledict, ninjaboogie helped take down several of Secret’s cores, severely impacting their timing and helping his own Alchemist achieve a 10-minute Radiance.

With a 16-minute Black King Bar on Alchemist, Mineski were unstoppable. They took down the middle tier-one tower, diving right into the high ground and taking down Yeik “MidOne” Zheng’s Meepo.

Secret were falling behind rapidly despite their early-game focused draft. They found themselves on the back foot since they couldn’t find a way to take down Kam “Moon” Boon Seng’s monstrous Alchemist.

But the Europeans understood that if they didn’t make a move, they would inevitably fall to Mineski’s lineup. With their deficit in mind, Secret proceeded to rush the Roshan pit while Mineski were heavy on cooldowns, using the power of buybacks and some phenomenal spacing to win the teamfight.

With Aegis in MidOne’s hands, Secret started to turn things around by team wiping Mineski in the bot lane.

But Secret couldn’t fully overturn the momentum. Mineski bounced back quickly, rattling off several teamfights that allowed them to chip down Secret’s base building by building. When Mineski stormed up to the high ground to claim mega creeps, they overcommitted and paid the price.

Capitalizing on Mineski’s mistake, Secret turned on the jets and went straight down the mid lane to end game one. After being down so heavily, Secret completed their second mega creeps comeback of the tournament.

Mineski redoubled their efforts on the laning stage and ranged damage in game two. They drafted an offlane Enchantress and mid Lina, while Secret picked up the flash-farming Magnus and Phantom Assassin duo to couple with MidOne’s Storm Spirit.

The Southeast Asian squad once again took an early lead, with all three cores crushing their respective lanes. Secret’s core heroes weren’t ready to fight and Mineski went on to destroy several towers around the map.

Mineski weren’t showing any jitters from their game one loss. Moon’s Lina was dominating while his fellow Malaysian MidOne was having another rough game in the series.

But who could count out Secret? The comeback starter this time around was Yazied “YapzOr” Jaradat on his signature Rubick. The Secret position four set up a winning fight with a stolen five-man Chronosphere, allowing MidOne to come away with four kills.

But even with their confidence and several good plays, it looked like the game was slipping away from the Southeast Asian squad. All of Secret’s preparations for a divine Phantom Assassin appeared complete.

After killing Mineski’s supports, Secret made the choice to go for the throne. Nikolay “Nikobaby” Nikolov’s Faceless Void came up big in a three-vs-five fight. This might be the rookie’s first Valve event, but his steely nerve and phenomenal play brought the game back in his team’s favor.

That hard hold was enough to force Secret onto their heels again. Mineski quickly turned things around and pushed forward, ensuring they wouldn’t be swept by forcing a decisive game three.

With elimination on the line, Secret took the Faceless Void along with an Omniknight and tons of magic damage to finish the draft. Mineski went for Wraith King again, putting Moon on a Death Prophet for another fast-pushing lineup.

For the first time in three games, MidOne had a strong net worth lead in the mid game and aggressive moves on his Tiny allowed Nisha to farm freely. The Tiny picked up an early Aghanim’s Scepter and terrorized Mineski with his immense burst damage.

Like a pendulum, both teams traded back and forth, sacrificing several support heroes for the greater cause.

Mineski finally found a decisive advantage in their top shrine by wiping Secret. It wasn’t a completely clean win but it put them in position to potentially close out the series.

Time and time again, however, Secret have shown that they’ll never say die. Despite Mineski’s advantage, Secret simply continued to grind. Time was on their side this time, with Nisha’s Faceless Void playing to perfection.

Somehow, Secret fought back from the brink of defeat yet again to eliminate Mineski from TI9 and keep their own run alive.

Mineski will head home after performing better than almost any analyst expected, tying for 12th after just barely making it in through the regional qualifiers.

The European contenders have locked in a top-eight finish and will try to push even further as they prepare to clash with Infamous in the next round.