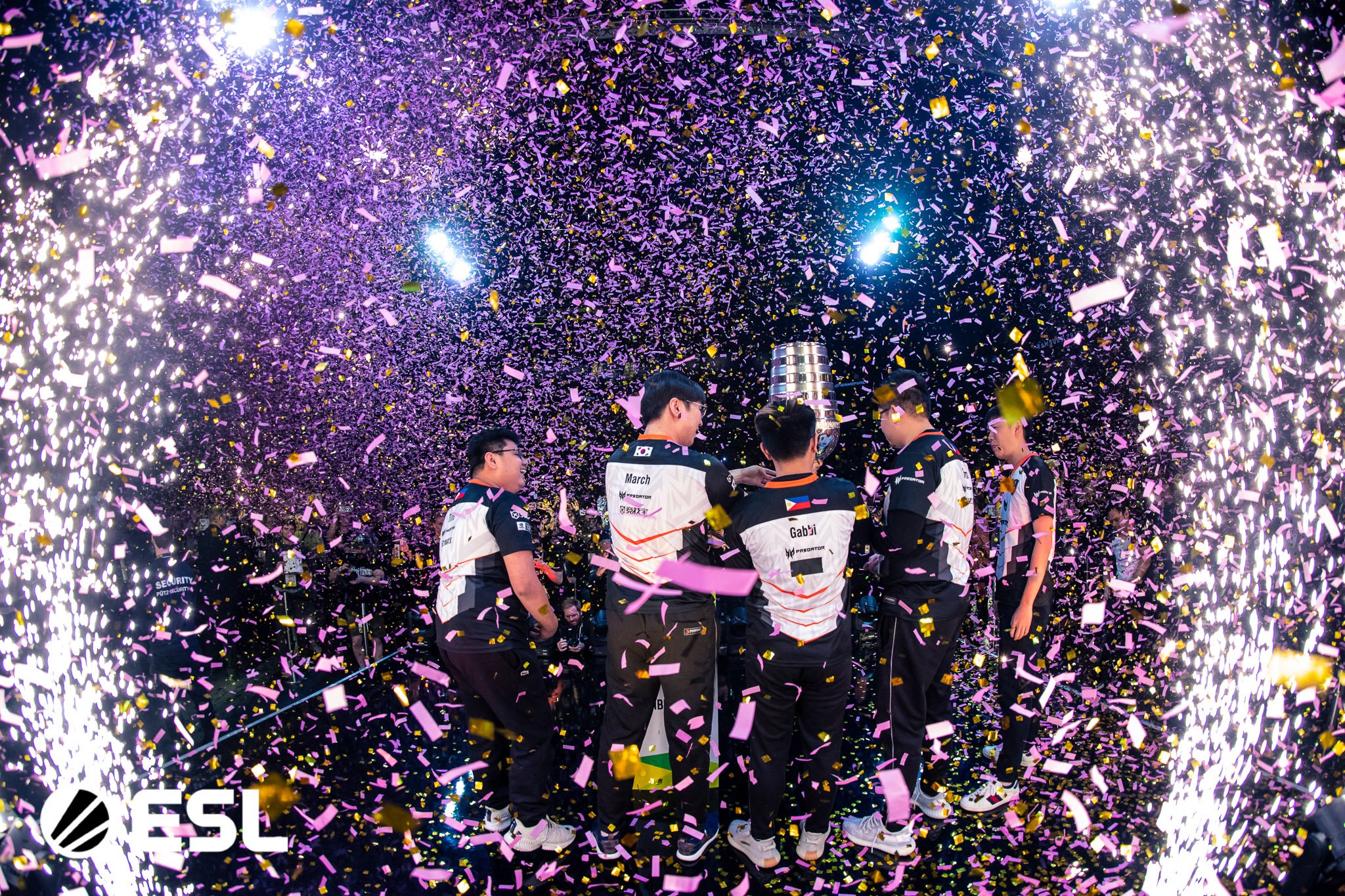 A hot start turned into an incredible run that was almost halted at the last second, but TNC Predator managed to pull out of a close Dota 2 series against Gambit Esports to close out ESL One Hamburg with a first-place finish.

Gambit started the day having to fight through Alliance just to make it into the grand finals. But after two games where each team took a decisive win quickly, the CIS squad survived a marathon game three. After downing one of the early favorites, Artsiom “fng” Barshack and his crew were ready to take revenge on TNC.

That revenge story did not start off on a good foot. TNC absolutely crushed Gambit, despite Danil “gpk” Skutin having a strong showing on Storm Spirit. Fng and Maxim “Shachlo” Abramovskikh barely got to play the game after the Southeast Asian squad shut them down and walked to a 23-minute win.

After being dismantled, Gambit didn’t let the loss rattle them like what happened in winner’s finals. Instead, the players rallied together behind gpk, pairing his Ember Spirit with Kiyalbek “dream`” Tayirov’s Gyrocopter. That combo was enough to flip the lanes in their favor as Gambit collapsed on Kim “Gabbi” Villafuerte and Park “March” Tae-won.

With everything knotted up at 1-1, TNC shifted its offensive focus from Gabbi and put its resources behind Armel “Armel” Tabios’ Templar Assassin. It was a close game in the middle, but the top-level play of Timothy “Tims” Randrup and TNC pulled through.

On the verge of elimination, Gambit was ready to double down on dream’ and gpk, who managed to dominate in the lanes and on-farm with a Lifestealer and Lina core. Paired with a strong secondary of Kunkka and Mirana, teamfights were easy for the CIS squad and they picked apart TNC.

Game five looked like it might go Gambit’s way when they were able to secure Lifestealer and Ember Spirit for its laners along with the Shachlo Kunkka. But TNC went in the exact opposite direction.

With the series and tournament on the line, TNC pulled out the Armel Alchemist to pair with Gabbi’s Bristleback, which proved to be all they needed to win it all. There was one moment where it looked like the lineup might struggle—but after securing a few kills, it was an SEA steamroll the rest of the way.

Within 30 minutes, GGs were called and TNC hoisted the roster’s first LAN event trophy of the season, proving a lot of people wrong and earning a massive payday. Gambit also showed that making it into the MDL Chengdu Major was not a fluke and that it has a team ready to compete in the Dota Pro Circuit this season.