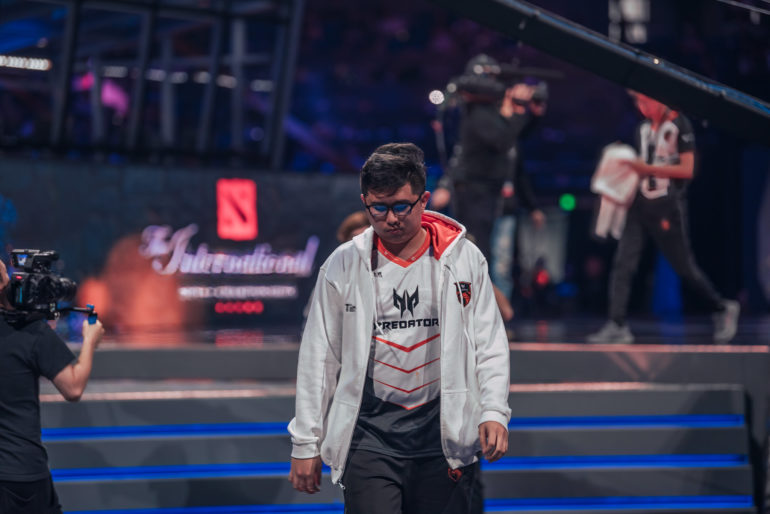 Defending Major champions TNC Predator will start their campaign at the Dota 2 DreamLeague Leipzig Major in the lower bracket. Team Aster defeated TNC in a 2-0 sweep, where the Southeast Asian favorites failed to put up much of a fight.

TNC and Aster previously met at the ONE Esports Dota 2 World Pro Invitational Singapore. The matches against Aster represented TNC’s only series win at the event since both teams performed poorly, finishing in the bottom half of the field.

Game one saw Aster picking up a throwback lineup with a Night Stalker and Keeper of the Light laning setup that proved to work wonders. Despite the combo having been nerfed in the Outlanders update, the overall tankiness and harassment dealt by the two heroes caused TNC to have a poor start right off the bat.

Despite Aster leading from start to finish, there was a certain amount of respect for the SEA champions that saw them hesitant to commit to a push. The game eventually devolved into playground bullying as Song “Sccc” Chun and Kee Chyuan “ChYuan” Ng on Night Stalker and Storm Spirit respectively abused their heroes’ ability to constantly pick on TNC.

The second game did not go much better for TNC. The SEA squad’s decision to pick up two greedy cores in Riki and Naga Siren backfired tremendously as they got crushed in both side lanes. Aster capitalized on the opportunity and snowballed their advantage, constantly taking fights and outmaneuvering TNC at every step. TNC’s commitment to teamfighting failed to net them any significant wins, and they were forced to concede quickly.

TNC started the season blazing hot, winning two straight championships in ESL One Hamburg and the MDL Chengdu Major. They have since gone ice cold, almost losing in the Major qualifiers to a tier-two team and managing to win just three games at the ONE Esports Invitational.

The SEA team’s first game at the event against Nigma was supposed to herald their return to form, demolishing the Bukovel Minor champion in style. They have gone on to lose every single one of their proceeding games and find themselves in the lower bracket of the Major.

Certainly, their crusade to another championship is far from over. The lower bracket has inspired and daunted teams in equal measure, and it’s up to TNC to dig deep and regain their confidence.

The current iteration of TNC has lived and died by their teamfights. Their disjointedness in the Outlanders update has been concerning for a team so reliant on coordination. At the top of their game, TNC’s teamfighting ability is top-tier. With an upcoming best-of-one to decide their fate, they have to start desperately looking for the key to unlock their potential.